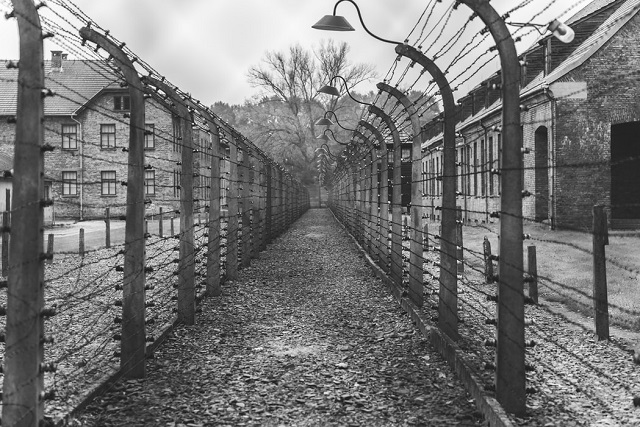 Facebook has finally gotten around to banning Holocaust denial on its social network. Basically every Jew in the world responded to the news saying, “So? What took you so long?”

Seriously, is there anyone of any credibility who would have a problem with this? Spreading lies is not part of free speech. Unfortunately, many people have been complaining about such policies from social media companies like Facebook and Twitter.

There is a reason why the Iranian government hosts Holocaust denial conferences. Anti-Semites continually attack Jews by claiming that they somehow hide behind the Holocaust as a smokescreen while they control the world’s banking and media.

And Holocaust denial is of course used to delegitimize the very existence of the State of Israel.

Let’s make something perfectly clear here: this is not about free speech. IT’S about racism and hate.

Monika Bickert, Facebook VP of Content Policy, wrote an explanation for the decision in a newsroom post. She said, “our decision is supported by the well-documented rise in anti-Semitism globally and the alarming level of ignorance about the Holocaust, especially among young people. According to a recent survey of adults in the US aged 18-39, almost a quarter said they believed the Holocaust was a myth, that it had been exaggerated or they weren’t sure.”

Why the need for justifications? The Holocaust did happen.

And what’s with this sudden realization that Holocaust denial is a part and parcel of antisemitism?

Mark Zuckerberg explained that this was not an easy decision for him because of all the free speech nonsense. Give us a break Mark!

“I’ve struggled with the tension between standing for free expression and the harm caused by minimizing or denying the horror of the Holocaust. My own thinking has evolved as I’ve seen data showing an increase in anti-Semitic violence, as have our wider policies on hate speech. Drawing the right lines between what is and isn’t acceptable speech isn’t straightforward, but with the current state of the world, I believe this is the right balance.”

But was this really the case?

Facebook generates revenue by compiling data on its users for the purposes of direct marketing. The more users that it has, the more money that it makes.

So the company has a built-in incentive not to delete accounts.

As for the fake news feeds, Facebook gets paid by the advertisers. Since the controversy over what happened during the 2016 American elections the company was slow to act against fake news feeds.

Could this be because Facebook simply does not want to alienate anyone who may be a source of revenue for it no matter what they say on the social network?

The announcement is clearly welcome. But not so much the self-serving rhetoric excusing the fact that Facebook took so long to make this important decision.