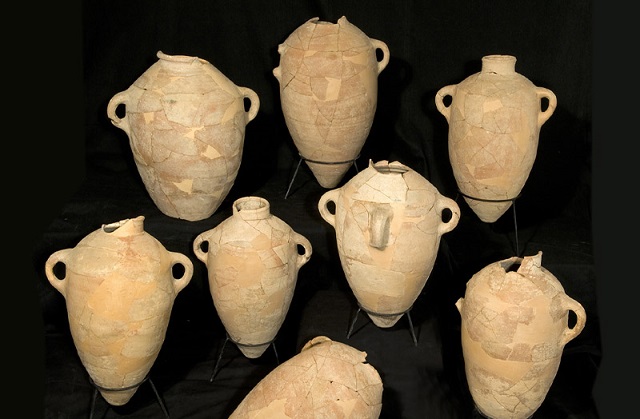 A Tefach is the Hebrew word for the Biblical unit of measurements. It is the Bible’s version of a Foot or a Meter. In English it is better known as a cubit.

When God told Noah to build an ark he gave him the dimensions in Tefachim – cubits. The Tefach is also used by the Bible and the Talmud to give the official sizes of all sorts of things like the Temple in Jerusalem, The Alter upon which they performed the sacrifices, and the various utensils that the Priests used for their work. Today’s Jews learn the minimum and maximum sizes for many different items needed for the practice of Judaism such as the Sukkah. This week we eat in Sukkot and the Talmud uses the Tefach to tell us its minimum and maximum allowable heights.

But there has never been an absolute definition in modern terms of what exactly constitutes a Tefach – that is possibly until now. This was revealed in a statement from Israel’s Hebrew University.

Three Israeli archaeologists, Hebrew University’s Ortal Harush, Israel Antiquities Authority’s Avshalom Karasik and Weizmann Institute’s Uzy Smilansky, think they may finally have an answer after studying a the fragments of various storage jars of different types and sizes which had been uncovered over the years.

They explain that storage jars form one of the main ceramic types which were produced and abundantly used ever since pottery was invented. The need to collect, store, and distribute agricultural products such as grains, oils and wine in large vessels has littered excavation sites with an abundance of ceramic jar fragments of various designs, sizes and shapes. The archeologists, however, state that they have found an “astonishing common denominator” among storage jars in Israel from a 350 years period: the inner-rim diameter of the jars’ necks, they say, was the same. 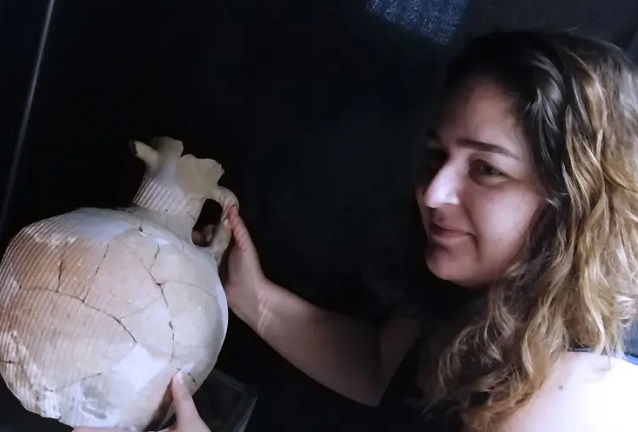 The three report that, “The distribution of this diameter is consistent with measurements of the palm of a (male) hand and, according to the authors, this match is not coincidental. It may reflect the use of the original metrics for the biblical measurement of the Tefach.” Their findings were published in BASOR, the Bulletin of the American Schools of Oriental Research.

“It was natural for the ancient potters to adopt the handbreadth—tefach–standard. It was a unit of length that was widely used in ancient times, and is mentioned both in Assyrian and Egyptian sources and in the Old Testament, for instance: Numbers 25-25, Numbers 37-12,” the researchers shared.

Maimonides explained that the Tefach was the size of the opening of a ceramic jar. His code of Jewish Law called the “Mishnah Torah” states, “According to the Oral Tradition, it was taught that the verse is speaking only about a ceramic container, for it is a container that contracts impurity only through its opening.”