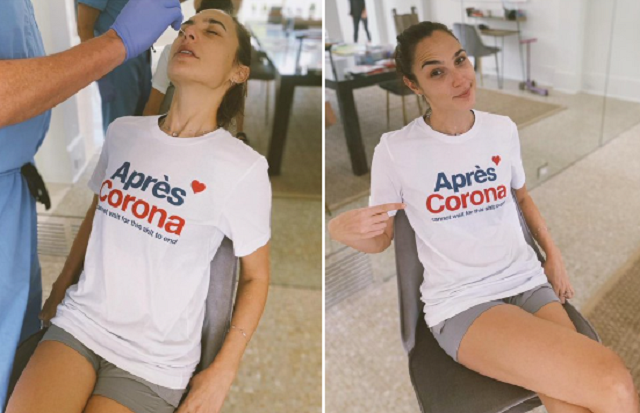 While we wait for Gal Godot’s second Wonder Woman movie, the actress is celebrating. Forbes just ranked her the third highest paid actress in the world for 2020.

The rankings are based on earnings through June of this year.

Fans of the Israeli actress and comic book movies are suffering through the delay of the release of Gal Gadot’s latest action flic, “Wonder Woman 1984,” due to the Corona Virus shutdowns. It should have been released by now. But it was pushed back to December 24 and who knows if even that will happen.

Gadot came in behind Modern Family star Sofia Vergara, who led the list at $43 million, and Angelina Jolie who made $35 million. Gal Gadot was said to earn $31 million. And that’s just from movies. Israelis see her every day in TV commercials for the Hot cable company.

So how do these stars make so much money in spite of the Covid-19 crisis? Well, while Gadot may have to wait longer for her share of the gross returns from “Wonder Woman 1984,” she still got her main paycheck for the movie. And with all the added live streaming because of so many people stuck at home all of the time actors and actresses are bringing in more money from residuals on old work.

Gal Gadot was paid $20 million this year for a new movie which will debut on Netflix next year. She stars in “Red Notice” with Dwayne Johnson and Ryan Reynolds. Described as an action comedy thriller, the movie is about Interpol issuing a Red Notice, a global alert to hunt down and capture the world’s most wanted art thief. Red is the international law enforcement agency’s highest alert level which is a call to seek the location/arrest of a person wanted by a judicial jurisdiction or an international tribunal with a view to his/her extradition.

Getting ready to head back to the Red Notice set????????but prep looks a little different now..????#staysafe pic.twitter.com/wTdy42rMH5