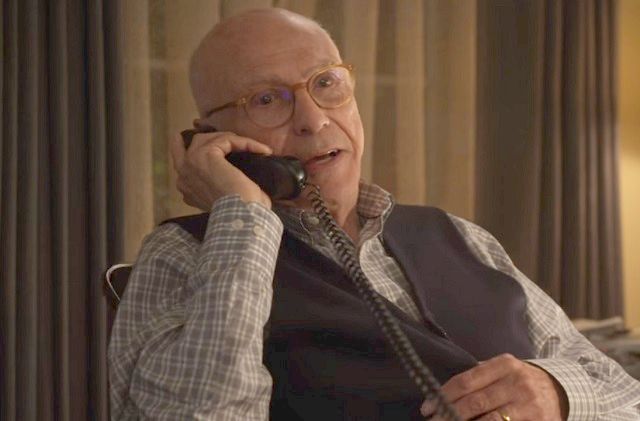 Oscar-winning actor Alan Arkin will not be rejoining Oscar winner Michael Douglas for season three of the Netflix show “The Kominsky Method.” A third season of the hit show from “Two and a Half Men” creator Chuck Lorre was announced in July. Meanwhile, the cast of Aaron Sorkin’s historic TV show “The West Wing” intends to reunite for an elections special.

On the first two seasons of “The Komisky Method” the 86 year old Alan Arkin played Norman Newlander, the best friend of Michael Douglas’ title character Sandy Kominsky. If you’ve seen the show then you know that Arkin brought his brilliant wit and timing to the role. Newlander was sort of the comic relief and philosopher/advisor in one.

Alan Arkin said that he had already decided not to continue on the show after its second season, but no mention of this was made when Netflix announced in July that there would be a third season for “The Kaminsky Method.”

Chuck Lore said at the time, “The Kominsky Method has been a true passion project for me and it’s been an incredible experience to see the warm response from both audiences and critics. I’m excited to wrap up the story with this final chapter.”

As for “The West Wing,” the original cast will get back together on October 15 in a benefit for the organization When We All Vote. They will do reading of the shows episode “Hartsfield’s Landing” which will be broadcast on HBO MAX.

Richard Schiff, who won an Emmy for his portrayal of White House Communications Director Toby Ziegler on the show tweeted a pic.

Launched in 2018 by co-chairs Michelle Obama, Tom Hanks, Lin-Manuel Miranda, Janelle Monae, Chris Paul, Faith Hill and Tim McGraw, When We All Vote is a non-profit, nonpartisan organization that works to increase participation in every election and close the race and age voting gap by changing the culture around voting, harnessing grassroots energy, and through strategic partnerships to reach every American.