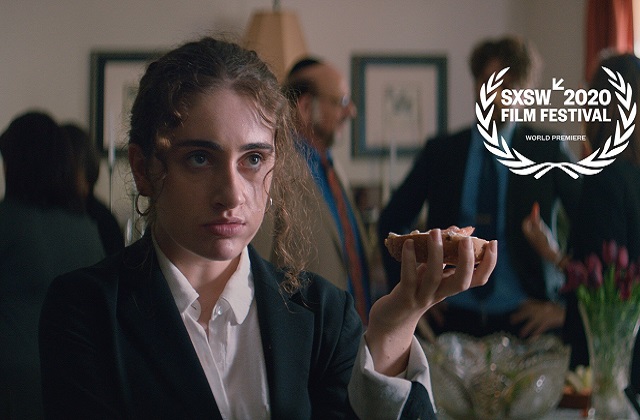 “Shiva Baby,” a new sort of comedy from writer-director Emma Seligman, has found a distributor. The movie tells the story of a bisexual young woman who runs into both her sugar daddy and girlfriend at a Jewish funeral. Utopia Media has picked up the film for distribution, reports Variety.

Let’s hope that “Shiva Baby” doesn’t join the long list of movies made by Jewish directors that seem like they were made as part of someone’s need for rebellion. Or that it does not give a really inaccurate portrayal of what actually happens at a Jewish funeral and what sitting shiva really means. Too often Jewish filmmakers get away with making movies that mock Jewish traditions simply because they themselves are Jews.

Polly Draper stared for many years on the hit television series “Thirty Something.” And you’ll probably remember the great Jewish character actor Fred Melamed from such films as “The Dictator,” “A Serious Man” and The Spy Who Dumped Me, as well as countless television programs.

@shivababymovie has a found a home with @utopiamovies. Incredibly excited to be working with such a filmmaker driven distributor. Thank you for bringing this movie to the world!

“This film was made to represent the various contradictions and pressures placed upon young women, especially young queer women, from traditional families and communities and the anxiety and insecurities they feel as a result,” Seligman said in a statement. “‘Shiva Baby’ is a comedy about a young woman grappling with her self-worth, sexuality and independence and I could not be more thrilled to be working with such a collaborative and filmmaker focused distributor like Utopia.”

In a review The MoveableFest said of “Shiva Baby,” Shiva Baby knows exactly when to stop its many spinning plates and has a grace that so often eludes its heroine, due in no small part to Sennott’s nuanced performance, one of many in the film to defy obvious choices when it comes to inhabiting a certain character type that could so easily fall into a cliché, as well as Seligman’s elegant insertion of exposition that never takes one out of the experience of the film.”

EmmaSeligman is a Canadian filmmaker based in New York. She graduated from NYU’s Undergraduate Film & TV program in May 2017, where she made her first two short films, including her thesis, Shiva Baby, which premiered at South by Southwest Film Festival 2018, went on to play Palm Springs ShortFest and many other festivals.