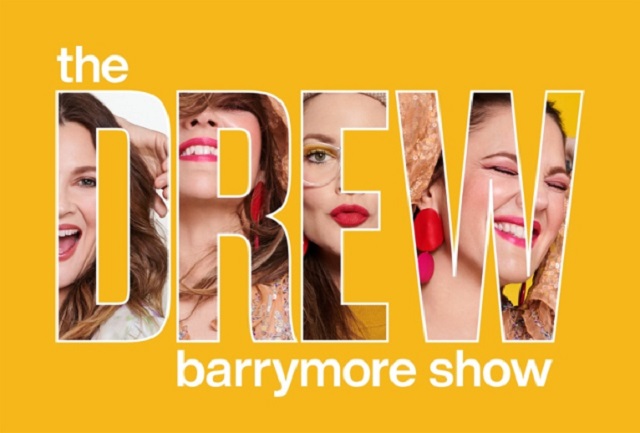 Barrymore recently told CNN, “It is beyond my wildest dreams to have this opportunity for a daily talk show. I’m truly thrilled and honored to be creating this show with CBS.”

Does anybody remember how back in the 80s it was just Phil Donohue and Oprah Winfrey who had daytime talk shows? Then in the 90s everyone seemed to have one. They were all about conflict and many ended in fistfights almost every day.

Then Ellen DeGeneres came along with her own one on one talk show where she simply talked with celebrities. The sitcom star of the 90s reinvented herself as a talk show host for the 21st Century. Well, now its Drew Barrymore’s turn.

Go behind-the-scenes of Drew Barrymore’s new talk show, @DrewBarrymoreTV! We’re taking a look at her new home away from home and diving into some set secrets — tonight on ET! https://t.co/x6DRtv0yBd pic.twitter.com/MpSUoqnpsU

Back in 2013 Barrymore considered converting to Judaism and began the conversion process. She did so when she got engaged to Jewish art consultant Will Kopelman. She may not have completed the process but raises her kids with now ex-husband Kopelman as Jews.

In an appearance back then on “The View,” Drew Barrymore said, “He’s a nice Jewish man from a nice Jewish family. I’m a shiksa. I do the seders and we do Passover. I haven’t converted yet, Olive [her daughter] will be raised traditionally. We had a very traditional wedding ceremony with Rabbi Rubenstein and I did the ketubah. We wore the yarmulkes and we did the chuppah.”

On Judaism, she said, “I love it! It’s a beautiful faith and I’m so honored to be around it. It’s so family-oriented. The stories are so beautiful and it’s incredibly enlightening. I’m really happy.”

When Barrymore divorced Kopelman she said, “Sadly our family is separating legally, although we do not feel this takes away from us being a family. Divorce might make one feel like a failure, but eventually, you start to find grace in the idea that life goes on. Our children are our universe, and we look forward to living the rest of our lives with them as the first priority.”

Drew Barrymore most recently starred on the hit Netflix show “The Santa Clarita Diet.” In it she played a housewife who becomes a “living” zombie.

She has already completed the movie “The Stand-In” which is the story of a disaffected comedy actress and her ambitious stand-in trading place. Due to the Corona Virus, who knows when it will be released.

In this article:Finance, Drew Barrymore