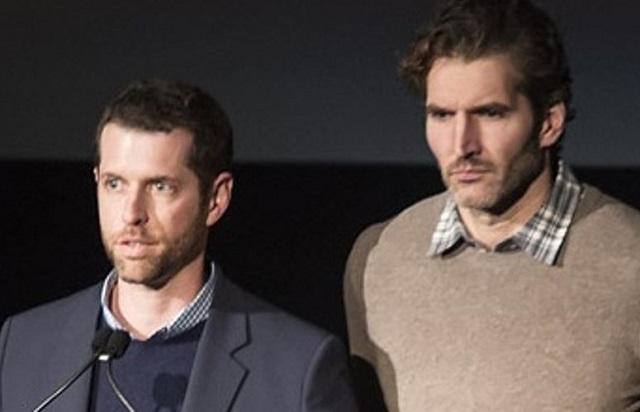 David Benioff and D.B. Weiss, who brought us “Game of Thrones,” have a news show called “The Three-Body Problem.” The program will be based on the Chinese book trilogy of the same name about an alien invasion. The new show will be on Netflix.

So David Benioff and D. B. Weiss are bringing another series of books to the television screen. Well with their success with “Game of Throne” it’s no surprise that Netflix expects them to repeat their magic. The three books are titled, “The Three-Body Problem,” “The Dark Forest,” and “Death’s End,” and were written by Liu Cixin.

The science fiction series is set against the backdrop of China’s Cultural Revolution, a secret military project sends signals into space to establish contact with aliens. An alien civilization on the brink of destruction captures the signal and plans to invade Earth. Meanwhile, on Earth, different camps start forming, planning to either welcome the superior beings and help them take over a world seen as corrupt, or to fight against the invasion.

Another television show about an alien invasion? And how many movies have we had about that? Since the success of “Independence Day in 1996” it seems that everyone wants to do alien invasion stories. But that movie’s sequel bombed big time at the box office when it came out twenty years after the original. And Tom Cruise’s two big budget alien movies, “Edge of Tomorrow” and “Oblivion,” both bombed as well. As did a recent television show called “Colony.”

The duo said of their new project, “Liu Cixin’s trilogy is the most ambitious science-fiction series we’ve read, taking readers on a journey from the 1960s until the end of time, from life on our pale blue dot to the distant fringes of the universe, We look forward to spending the next years of our lives bringing this to life for audiences around the world.”

Peter Friedlander, vice president of original series at Netfix said in a statement, “David Benioff, D.B. Weiss and Alexander Woo have experience tackling ambitious sagas over time and space. Rian Johnson and Ram Bergman have long dazzled fans with thrilling and mind-bending epics. They are all fierce advocates of ‘The Three-Body Problem.’ As ardent fans, it was especially meaningful to us to get the support of Liu Cixin who created this expansive universe. We all share the same goal: to pay homage to this incredible story and take members on the adventure of a lifetime.”

There is no word yet on when the new show will air.