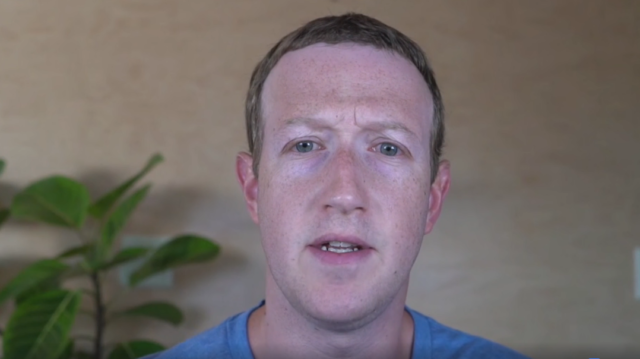 It must be tough being Mark Zuckerberg. You have your face in the media all of the time and half the people hate you for one thing or another. Some people are angry over both the proliferation of fake news and racists posts on Facebook and others accuse the company of violating their privacy. And now Elon Musk has reportedly leap frogged him on the list of the world’s richest people.

According to Bloomberg, Elon Musk is now worth $115.4 billion compared to $110.8 billion for Mark Zuckerberg. Musk’s net worth surged after a huge rise in Tesla stock due to a stock split. But Zuckerberg’s net worth did increase by $10 billion at the same time.

Also, just last week Mark Zuckerberg was forced to apologize after Facebook was criticized for taking too long to remove a Wisconsin militia group’s posts on the social platform calling for violence in the wake of BLM protests.

“It was largely an operational mistake,” Zuckerberg told employees. But many felt that this was far from an acknowledgment of the problems with Facebook policies on hate speech in general.

So what should Mark Zuckerberg do? Well, he and his wife Priscilla Chan just donated $300 million to promote more open elections in 2020. Facebook was at the center of the 2016 Presidential elections scandals which centered on the proliferation of fake news directed against the Hillary Clinton campaign. $250 million went to the Center for Tech and Civil Life which we will use the money to fund local election jurisdictions across the United States to help ensure that they have “the staffing, training, and equipment necessary so that this November every eligible voter can participate in a safe and timely way and have their vote counted.”

CTCL is a team of civic technologists, trainers, researchers, and election administration and data experts working to foster a more informed and engaged democracy, and helping to modernize U.S. elections.

“Election officials across the country are working hard to ensure that everyone can vote and every vote can be counted and we want to help make sure they have the resources they need to do this,” said Mark Zuckerberg.

Chan and Zuckerberg said in a statement. “Many counties and states are strapped financially and working to determine how to staff and fund operations that will allow for ballots to be cast and counted in a timely way. These donations will help to provide local and state officials across the country with the resources, training, and infrastructure necessary to ensure that every voter who intends to cast a ballot is able to, and ultimately, to preserve integrity of our elections.”

But not everyone is impressed. Many Facebook detractors took to social media t0 criticize Mark Zuckerberg for simply “whitewashing” Facebook policies. One tweeted “white·wash /ˈ(h)wītˌwäSH,ˈ (h)wītˌwôSH/ – donating 0.31% of net worth, 63 days before election day, when it will be incredibly hard to deploy effectively when you still make 99.69% of your net worth destroying democracy, and_ have zero plans to stop”

Another Tweet read, “Who thinks a $300M gift to election infrastructure offsets the invaluable daily reach + influence @Facebook gives to right-wing media outlets to broadcast their lies + fear-mongering to tens of millions of Americans for FREE every single day? Come ON man.”

Who thinks a $300M gift to election infrastructure offsets the invaluable daily reach + influence @Facebook gives to right-wing media outlets to broadcast their lies + fear-mongering to tens of millions of Americans for FREE every single day? Come ON man.https://t.co/7jRxTzdz0y