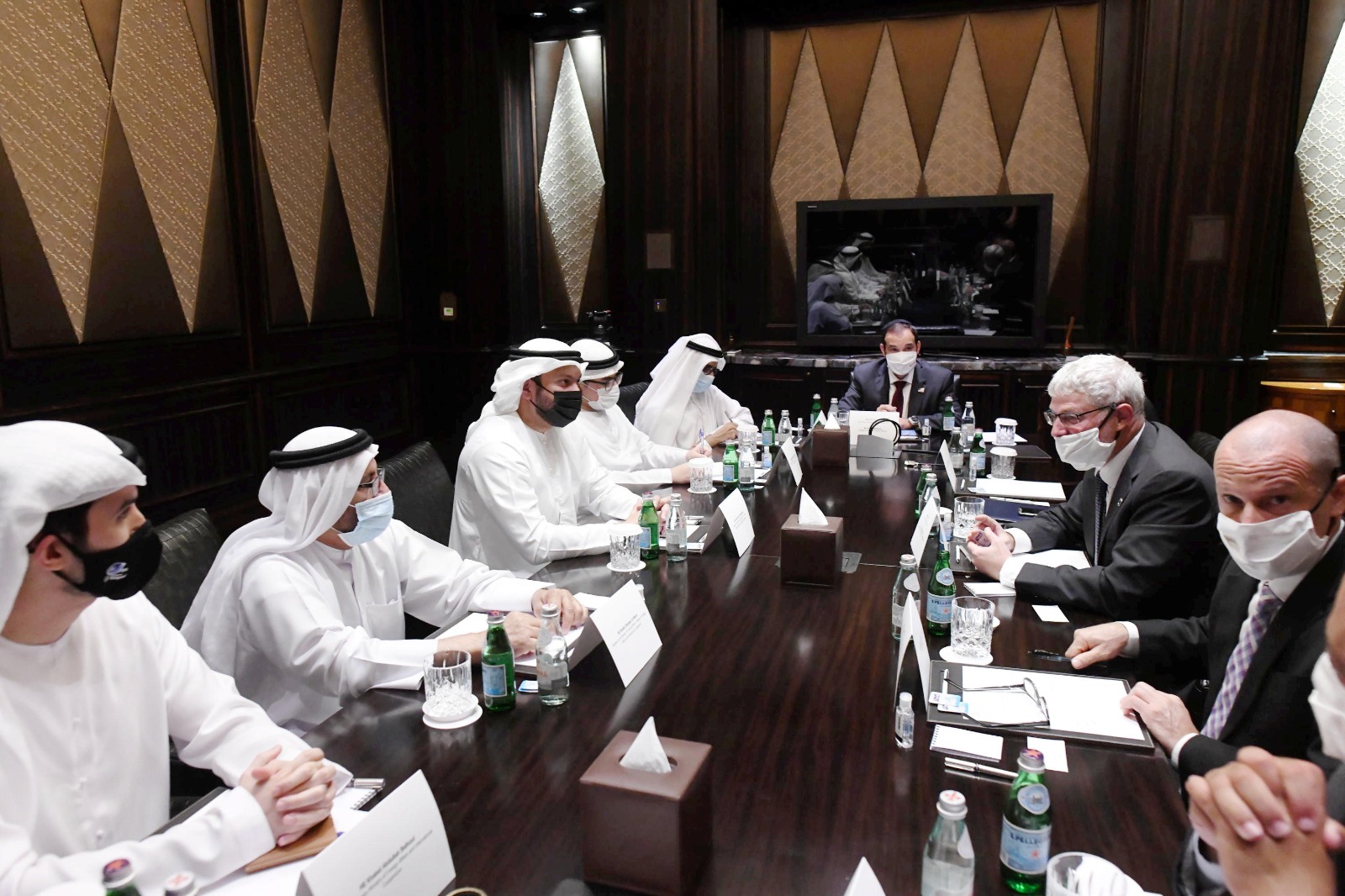 The first agreement of understanding was signed today (Tuesday) between Israel and the Emirates in the fields of banking and finance as further progress in normalizing relations between the two nations.

The head of policy planning at the Emirates’ Foreign Ministry, Jamal al-Musharakh, said in a conversation with Israeli journalists: “We want to convey a message of coexistence and tolerance.” Al-Musharakh addressed the issue of annexation and said that there was an American promise that the annexation would not progress.

Referring to the F-35 deal, al-Musharakh said: “This is a legitimate request from the UAE – and it is not new. This issue will be reserved for technical talks. The last few days have shown possible cooperation.”

Prime Minister Benjamin Netanyahu welcomed the signing of the first agreement between the parties, saying: “These understandings will help us promote mutual investment and extensive cooperation. We will soon announce further agreements in the fields of aviation, tourism, trade, and more.”

The two sides will discuss later the lowering of financial barriers to making investments between countries, promoting joint investments in the capital markets, promoting cooperation in banking services and payment regulation, all in accordance with international standards, including in the field of combating money laundering and terrorist financing.

Following is a list of the working groups and the issues they will be discussing:

* Determining frequent bilateral dialogues between the countries on diplomatic and regional issues, and according to working groups

* A media plan directed at public opinion in both countries

* Cooperation regarding the prohibition on money-laundering

* Establishing reciprocity regarding visas for visitors

* Establishing an economic-commercial framework agreement between the countries

* Investments in specific sectors including (inter alia) energy and hotels

* Cooperation in research and development and establishing a joint innovation fund

* Strategic cooperation regarding the coronavirus

* A cooperation agreement between health agencies regarding emergency preparedness

* Regional tourism packages in cooperation with Jordan and Egypt

* Establishing an agreement to encourage joint television and cinema productions

* A cooperation agreement on cultural events

* A cooperation agreement on the civilian use of space

Iran’s Supreme Leader Ali Khamenei earlier referred to the normalization agreement, saying: “The United Arab Emirates betrayal in the Islamic world and the Palestinians by establishing normalization with Israel. I hope the UAE will wake up soon and make up for what it has done.” Al-Musharakh responded to his remarks, saying: “The road to peace and prosperity does not pass through incitement and hate speech. It is not helpful for a forward-looking view of peace.”

Meanwhile, Jared Kushner visited the UAE Air Force Base. In the guest book, he wrote “that relations between the countries will continue to grow.” American officials and from the Emirates who attended the visit emphasized that its purpose was to strengthen ties between the countries, regardless of Israel. An American source told reporters accompanying the tour that a possible F35 deal was not on the agenda, but did not rule out the possibility that it would go up.

National Security Adviser O’Brien said at the visit that “the reputation of the UAE army is cross-border.” He added that the normalization between Israel and the Emirates would have “a significant part in everything related to the issue of security.” [Kan News]