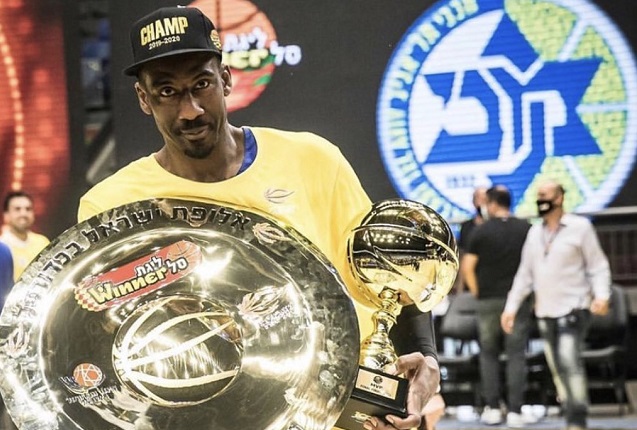 Its official — Amar’e Stoudemire is now a Jew. The NBA veteran made the announcement that his conversion was final and official on Instagram. Mr. Stoudemire’s new Hebrew name is Yahoshafat Ben Avraham.

In an Instagram post s Stoudemire said, “It’s official. I finalized my final meeting with the Beth Din and went to the Mikva, Graduation complete.” A “Bet Din” is a Jewish Rabinical court which must certify a conversion to Judaism. A “Mikva” is a ritual bath in which a new convert immerses himself to complete the process.

The conversion process took him two years to complete. Amar’e Stoudemire was born in Lake Wales Florida in 1982. He won the NBA rookie of the year award in 2003 while playing for the Phoenix Suns who had selected him as their number one (9th overall) pick in the 2002 NBA draft. This was an amazing feat for someone who decided to skip college and go straight into the NBA. He would play in six NBA All Star Games and for four different teams including the New York Knicks over fourteen seasons.

According to Basketball-Reference Stoudemire played in 846 career NBA games and had a total of 15,994 points.

But Stoudemire suffered through injuries during his few NBA seasons and eventually had to look to continue playing professionally in other parts of the world like China.

In August of 2016, Amar’e Stoudemire signed a two year deal with Israel’s Premiere Basketball League team Hapoel Jerusalem. He is also co-owner of the team which he later led to a championship. He currently plays for Israeli Maccabi Tel Aviv basketball club.

While Stoudemire was raised Baptist, in a2010 he stated, “I have been aware since my youth that I am a Hebrew through my mother, and that is something that has played a subtle but important role in my development.” Amar’e Stoudemire was speaking of the Hebrew Israelites, also known as the Black Hebrews. While a large number of the group once immigrated to Israel, they are not considered to be Jews by the Jewish community and many call them a cult.

He visited Israel in 2013 while serving as an assistant coach of the Canadian basketball at the Maccabiah Games that year. There Stoudemire met with Israeli president Shimon Peres, who asked him to join the Israel national basketball team. Amar’e Stoudemire was once asked if he was Jewish, and said, “I think through history, I think we all are.”