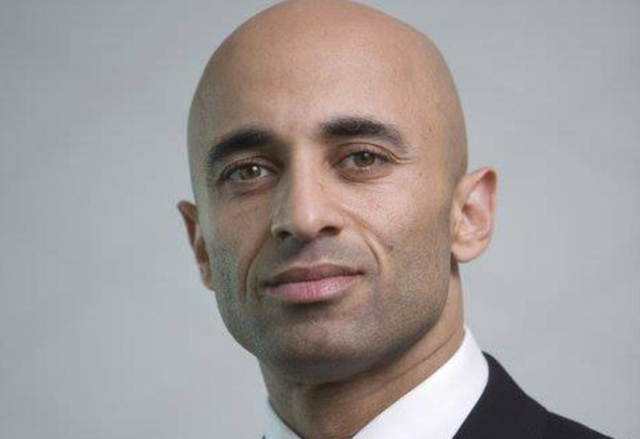 This week, the United Arab Emirates and Israel announced an agreement to normalize relations and unlocked a gate toward a better future across the Middle East. We also closed the gate on annexation and created new dynamics in the peace process. It is an important win for diplomacy and for people of the region.

So what does this mean for Emiratis and Israelis and for the people of the region? As two of the Middle East’s most dynamic economies and vibrant societies, closer UAE-Israel ties will accelerate growth and innovation, expand opportunities for young people, and breakdown long-held prejudices.
It will help move the region beyond a troubled legacy of hostility and strife to a more hopeful destiny of peace and prosperity.

Normalizing ties have already begun this week and will progress in phases. Most urgently, we announced new cooperative efforts to fight the coronavirus.

We opened a direct telecommunications link when our foreign ministers spoke in a congratulatory phone call.

Near-term plans also include talks on air travel, telecommunications, and shipping; collaboration on health, water and food security, climate change, technology and energy; cultural and educational exchanges; and ministerial-level visits. An exchange of Ambassadors and diplomatic missions will follow.

Our two governments also will start work on reciprocal visa access for tourists, students, and businesspeople. With direct flights, our world-leading airlines will offer quick access to the UAE and beyond to virtually every major destination on earth.

And as we make progress against the coronavirus, we look forward to welcoming Israelis to visit their pavilion and more than 100 others at the World Expo in Dubai next October.

There is also the Louvre Abu Dhabi, the Sheikh Zayed Grand Mosque, the Abu Dhabi Grand Prix, the world’s largest mall and tallest building, vast deserts, and beautiful beaches, and many other things to do and see across all of the Emirates. We look forward to the day when Israelis can visit.

Already the venture capital, start-up, and media center for the Gulf, the UAE looks ahead to deeper connections with Israel’s tech and content sectors.
UAE know-how and experience as a global leader in energy offers Israel the potential for deeper regional collaboration. And not just in hydrocarbons – the UAE is among the world’s largest and lowest-cost producers of solar energy and other alternative power generation.

The UAE religious community of locals and expatriates, already the region’s most diverse and accepting, is eager to visit Israel and build deeper ties, to sit together at a Passover Seder, a Ramadan iftar or a Christmas dinner.

And we of course look forward to welcoming Israelis to visit and worship at the soon to be built Abrahamic Center in Abu Dhabi, a multi-faith complex that will include a co-located mosque, church, and synagogue.

There is much to look forward to. As I wrote in my commentary back in June, these are the upsides of better ties. At the same time, our neighborhood remains in great turmoil.

Weak governance, sectarianism, and regional interference set the conditions for tragedy and conflict. Islamist expansionism of all stripes incites extremism and undermines stability. Centuries of misunderstandings and decades of mistrust animate aggression.

With our breakthrough, the UAE and Israel have chosen diplomacy and cooperation as the preferred path to meeting these challenges. With the United States, we also will work together on bolstering our collective security.

Better awareness and enhanced capabilities to address risks and dangers provide reassurance and weight. This will enable more intensive statecraft and regional dialogue. The ultimate goal is to encourage fresh thinking about the regional order, create a more hopeful mindset, and to deescalate tensions.

Perhaps the most immediate and significant outcome of today’s announcement is Israel’s decision to accept a negotiated outcome, reject unilateral action and suspend its annexation plans for Palestinian territory.

This creates time and space, fresh dynamics and energy, for the peace process. It maintains the viability of a two-state solution as endorsed by the Arab League and the international community. It bolsters Jordan’s stability and reaffirms its importance in future initiatives.

In this spirit, the UAE will remain an ardent and consistent supporter of the Palestinian people – for their dignity, their rights, and their own sovereign state. They must share in the benefits of normalization.

President Mahmoud Abbas gestures during a meeting with the Palestinian leadership to discuss the United Arab Emirates’ deal with Israel to normalize relations.

As we have for fifty years, we will forcefully advocate for these ends. Now, we will do it directly, face to face, and empowered with stronger incentives, policy options, and diplomatic tools.

For certain, this intractable conflict and the many others in our neighborhood will not be solved in a moment. But it will never be solved by endless violence or going down the same dead-end paths. The potential of the region, the hopes of its people, is being lost.

In the most tumultuous place on earth, the UAE and Israel will now try to defy this fate. Young countries, we have respected our traditions but have not been limited by them.

Each of us has built a modern, future-oriented society out of sand and perseverance. Until now, however, it has been largely apart – a fence across the neighborhood.

This week, the gate was opened. And together, Emiratis and Israelis will now step through it.
Like all journeys, there will be discovery and difficulty. At times, we may even argue about the direction. But the destination is as clear and as certain as ever – a more peaceful, prosperous and hopeful the Middle East.