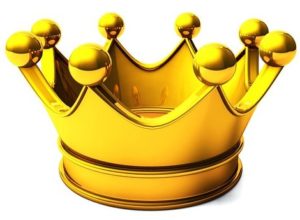 As 26 million people lose their jobs in America (15%), some 34 billionaires have added $308 billion to their personal wealth in four weeks according to a report from the Institute for Policy Studies (IPS).

According to the progressive think tank, between 18 March and 22 April, the wealth of those people grew 10.5%. Eight billionaires have seen their net worth raised by over $1 billion each, during the ongoing COVID-19 pandemic. This comper to the last recession in 2008. Then it took over two years for total billionaire wealth to get back to the levels they have had in 2007.

The billionaire bonanza comes as big businesses sail through loopholes in the $349 billion US government aid program settings to save Small Businesses hit by the crisis. It has allowed also 150 public companies to get more than $600 million in forgivable loans before the money ran out.

Among those companies is also Shake Shack, a company that employs 6,000 employees and an estimated $ 2 billion worth, which stood out in return for the funds it took, but is also the only one to do so.

An opposite example is Fisher Island, an entertainment club for members-only in Miami, whose average salary of its members is $2.2 million a year, and whose beaches are made of sand that is specially imported from the Bahamas.

The club has grossed more than 2 million dollars of aid money. This month, the club purchased coronavirus testing kits for all of its employees and members, while throughout Florida, COVID-19 rising unemployment struggling, and only about 1 percent of residents have been tested for the virus.

Banks also took part in the celebration and were among the biggest beneficiaries of the crisis – with about $10 billion in commissions on government loans. This is according to an analysis by National Public Radio.