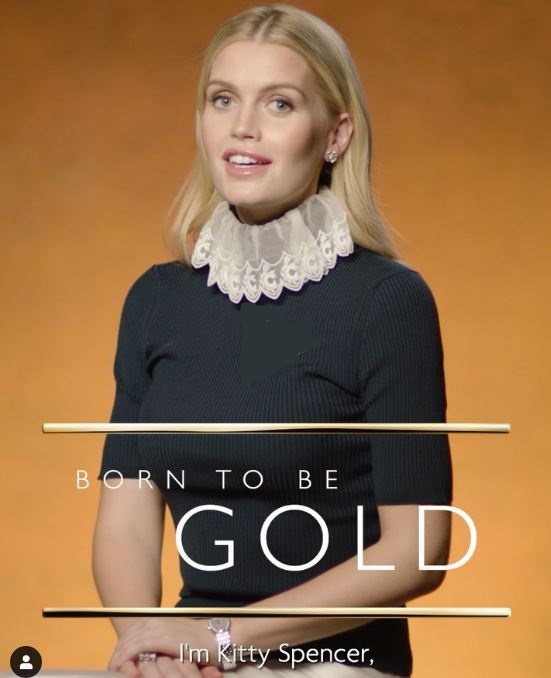 Lady Kitty Spencer (29), Princess Diana’s niece and cousin of Prince William and Harry, is set to convert to Judaism in commitment to her fiancé, a Jewish multimillionaire Michael Lewis (61), The Times of London reported on Sunday.

Lewis, South African-British and chairman of Foschini Group is five years older than the bride’s father, Earl Spencer. In 2011, his family donated £3 million to the University of Oxford to fund the appointment of a Professor of Israel Studies.

According to the Times, Spencer will go through an Orthodox conversion and expected to observe the Sabbath, follow Jewish dietary laws.

Lady Kitty is reportedly already taking lessons in Judaism and has been observed with Rabbi Alan Lewis at the London Synagogue. It was also reported that the couple is expected to belong to the synagogue.

Lady Kitty Spencer studied psychology, politics, and English literature at the University of Cape Town. She later studied art history and she is a master in luxury brand management from the European Business School London at Regent’s University London.

“I can totally see myself bringing children into the world at some point, but I’m only in my 20s,” Spencer told Mail Online last summer, adding: “I have friends my age who have kids and they’re so sweet, but I think everyone has their own time.”

Spencer has always been considered the “naughty niece of Diana,” after regularly coming to London for parties alongside many celebrities and reality stars. When photos of Kitty were unveiled for those last reasons, she used to boast a glittering lifestyle and continued to post lots of photos on social networks.

Kitty’s previous relationship was with millionaire businessman Gian Paolo Barbieri, 48, who left her in favor of a hot affair with Elizabeth Hurley in 2017.