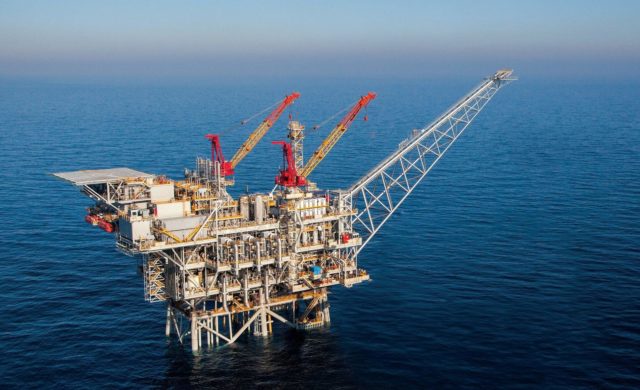 After a series of delays, natural gas began to flow Tuesday afternoon from Israel’s Leviathan rig off the coast of Haifa.

The supply began at around 4:30 pm after several hours of emissions from the rig, which prompted worries and complaints from local residents.

The mammoth gas treatment facility has given rise to concerns of worried citizens, fearing polluting emissions from the gas rig will pose a possible threat to their health and the environment.

Some local residents even evacuated their homes during the process at the rig, which operates some 10 km from the Dor Beach, in the north of Israel.

Leviathan’s first two gas wells were opened at 2am and gas began to flow, pushing pollutants out of the pipeline as part of a flushing process.
The Ministry of Environmental Protection said Tuesday afternoon that the major part of the process was carried out between 3.20pm and 4.30pm, during which time large quantities of carbon, including benzene, were emitted.

According to ministry data, the actual volume of emissions from the rig was significantly lower than the quantities predicted in an assessment before the process began.

“The ministry is monitoring the rate of hydrocarbon emissions on the rig and the concentrations measured at the onshore monitoring stations,” it said.

The gas will also supply to the Electric Corp, and from Wednesday Israeli consumers will see a 4.13% reduction in tariffs as a result.

The chairman of the Electricity Corp. board of directors, Yiftah Ron Tal, on Tuesday welcomed the new supply.

“Some have said that connecting the gas reservoirs would not be helpful,” he said.

“So from tomorrow the electricity tariff drops 4% to households and 5% to the rest of the market, purely due to the reforms in the Electric Corp and the purchase of gas from the Leviathan reservoir that began just today.”

Prime Minister Benjamin Netanyahu also welcomed the start of the gas flow on Tuesday, saying it had been accomplished despite objections.

“Today we made history,” Netanyahu said. “For many years I fought to get the gas out of the ground, against fierce opposition from our political rivals.”

In this article:Oil and Gas, Leviathan gas field, Finance