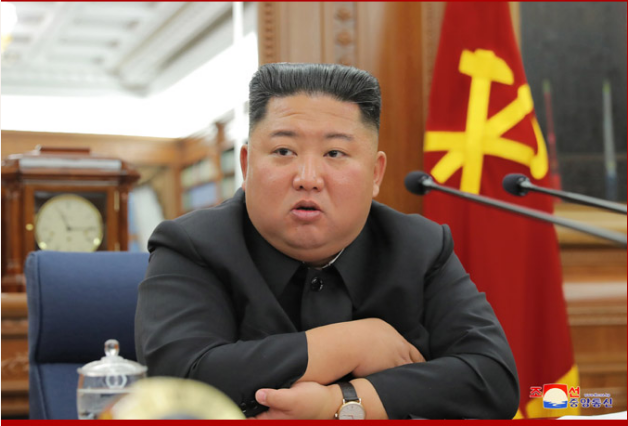 US military and intelligence officials have been preparing for provocative action from North Korea in recent days – apparently a long-range missile launch, one that has not been long since the start of negotiations with the United States. NBC also reported unusual activity in one of North Korea’s long-range ballistic missile production facilities.

US concern comes against the backdrop of the impasse in talks with Pyongyang. North Korean tyrant Kim Jong Un has put a deadline on the US to expire at the end of the year, demanding that it remove its sanctions on its country. Against this deadline, the regime has threatened to grant a “Christmas present” to the US, without specifying what the “gift” will be.

Last week, this threat addressed General Charles Brown, commander of the U.S. Air Force in the Pacific: “What I expect is that the ‘gift’ will be some long-range ballistic missile,” he told reporters last Tuesday. “Will it happen on Christmas Eve? After the beginning of the new year? One of our roles is to pay attention to that.” The U.S. general stressed that his troops would be ready to launch a long-range ballistic missile: “There are a lot of things we did in 2017 that we can get back to pretty quickly.”

Military officials told the New York Times that the US had no intention of destroying a ballistic missile before launching or intercepting it – an action that could spark a real confrontation. The paper noted that in the case of such experiments, the US would try to disrupt them with cyberattacks, as they did in the past during the Barack Obama administration – when the results were then only partial.

Jeffrey Lewis, director of the Nuclear Non-Proliferation Program at the Middlebury Institute, told NBC that the pictures show a new and temporary facility that is usually erected during the production of intercontinental ballistic missiles or undergoing changes. “There is activity in several centers that indicate that North Korea is preparing the ground for the expansion of its intercontinental ballistic missile program – more systems, more structures, more capabilities,” he said. 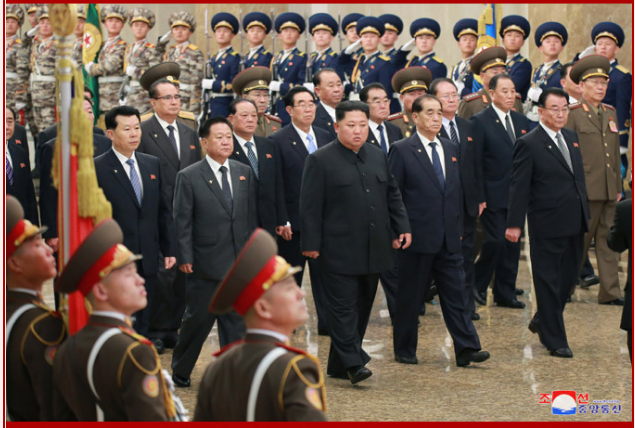 Another step that probably does not contribute to calm the concern is the release of new photos of Kim Jong Un with his country’s military officials by the North Korean State News Agency, KCNA. The images, it was reported, are an “extended meeting” of the Central Army Conference of the Workers’ Party – a conference that is the central decision-making body in the North Korean army, headed by the tyrant.

According to the state news agency, there were ways to “strengthen all the armed forces in the country … military and political.” Besides, “important issues were addressed regarding the crucial improvement of national defense and fundamental issues relating to the ongoing and accelerated improvement of the military’s self-defense capabilities.” It was not reported when the meeting was held, or what was decided during it.

Will Trump and Kim return to mutual insults?

As mentioned earlier, the deadline expired by North Korea for the United States at the end of the month would require it to waive the requirement for unilateral disarmament, and expect significant concessions in negotiations – including on US sanctions. Pyongyang warned that the deadlock in the two-state talks could soon open a “new chapter” in the relationship.

If the North realizes its threats and goes back to provocative experiments – it may mark a return to threats and insults exchange between Kim Jong Un and President Donald Trump.

These statements in 2017, raised a real fear of a nuclear war (Trump even threatened at the time with fire and rage that the world has not seen”).

These threats have since been replaced by heartfelt statements of affection between the two leaders after they first met at the historic summit in Singapore, June 2018.

However, the two sides soon fell into a deadlock, and Kim and Trump’s second summit in February in Hanoi, Vietnam, ended early. The two met again in June this year, in the explicit area between North Korea and South Korea, but that meeting also did not produce the long-awaited breakthrough in talks.

The main obstacle to negotiations is Pyongyang’s refusal to comply with Washington’s demand for nuclear disarmament in exchange for its sanctions being lifted. Recently, the North Korean ambassador to the United Nations said that nuclear disarmament was no longer in talks with the US.

According to the New York Times weekend report, at the second summit in Hanoi, Kim proposed dismantling the central nuclear site at Nyongbyon County, in exchange for relief from the most massive sanctions – sanctions Obama first imposed in 2016 and Trump worsened later.

Earlier this month, Trump warned Kim that he might “lose everything” if he took hostile action against the U.S. “Kim Jong Un is too smart and has a lot to lose if he acts in a hostile way. “He does not want to cut off the special relationship he has with the US president, or interfere in the US presidential election in November.”

Warnings from North Korea have also intensified in recent weeks. Kim did some experiments, probably in rocket engines, which she termed “very significant” for strengthening her “nuclear deterrence.” She also returned to launch ballistic missiles, albeit only short-term ones. Talking about possible military action, the North threatened to return to mutiny insults. North Korea will use harsh language against Trump, like… “dumb.”