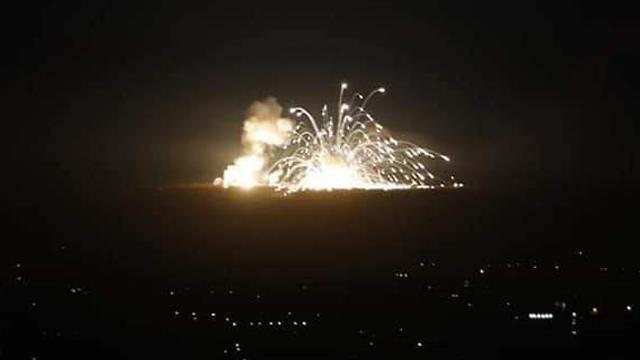 On Wednesday, around 1:15 PM, the IDF carried out a relatively widespread attack, perhaps the most widespread in relation to Iranian targets in Syria. In Iran, we attacked six Syrian anti-aircraft batteries. We attacked the positions in the Syrian Golan with fighter helicopters. There are casualties and we estimate, with caution, that Iranians have also been killed. This action is not necessary to restrain the Iranians, but we will know that in the coming days. ”

The source added: “We attacked Syria’s National Defense Building, located within Damascus International Airport, from which Quds forces were operating. We did not destroy it but it was attacked. We attacked Syrian anti-aircraft batteries to allow freedom of action and guard our pilot.

“We are changing the equation, which has been asymmetrical so far, with the Iranians immune,” the security official continued. “This time, too, on a seemingly negligible shooting, with a low impact on Israeli civilians, the response was unbelievably strong because Iran fired on Israel yesterday morning. We did not threaten the octopus head in Tehran,” he continued,” but the move tonight is a movement from the arm to the arm and it is approaching the head of the octopus. 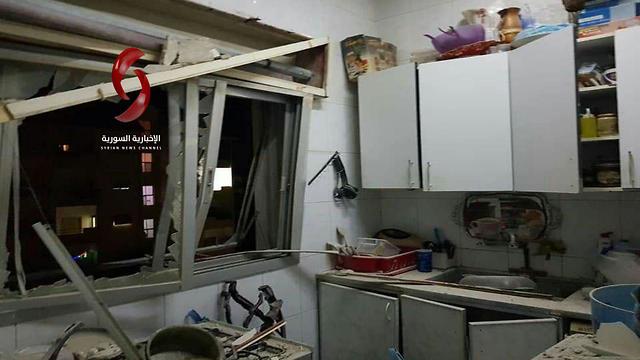 According to the source, “There is good work in the triangle between Netanyahu, the chief of staff who is pushing, proactive, strategist and cool and Bennett. We have also taken action in relation to the situation in Iran: the events there now are probably the most serious since the revolution. The intensity of the protest there and the death toll, although not fully known.

“Our message to the Iranian public is that your regime’s leaders are wasting your national capital and resources on troublemakers worldwide and against Israel. There is a connecting line between the liquidation of Bahu Abu Al-Ata and action tonight: the nation’s willingness to use our ability against the enemy,” he noted.

Earlier, Defense Minister Naftali Bennett referred to the IDF’s widespread attack on Syria. “The rules have changed,” Bennett said. “Whoever shoots the State of Israel by day – will not sleep at night. So last week and so is this week. Our message to Iran’s leaders is simple: You are no longer immune. Wherever you send your octopus arms – we will cut them. The IDF will continue to provide a protective wall for Israeli citizens. ”

This morning, just hours after the IDF attacked dozens of Iranian targets in Syria, the IDF spokesman said: “We have the initiative. As an army, we will not allow the Iranians to establish in Syria. We attacked dozens of targets in minutes, mainly southwest of Damascus, which host the Iranians – including advanced anti-aircraft batteries that have been used over the last decade, headquarters of the Syrian army and weapons warehouses. ”

“The second type of targets we attacked are of a number of Iranian structures: some of the pro-Iranian militias and some of Quds forces including command and control headquarters of Quds forces at Damascus International Airport and several other command and control headquarters, as well as observation posts in the Syrian Golan. We are ready to respond harshly to additional attacks if any. Yesterday we completed an emergency exercise where we practiced how to prepare with the reserve forces in the Northern Command. We did not attack the launchers from which the rockets were fired.

The IDF also said that the attack was carried out in response to the rocket launch yesterday by an Iranian force from Syria’s territory to Israeli territory, with the intention of damaging Israeli territory.

According to a Syrian military official, the attack took place at 1:20 p.m., and the missiles were launched from the Golan Heights and Marge Ayun in Lebanon. According to reports in Syria, one of the missiles hit the house and four family members were injured – parents and their two children.

The IDF also said that during the attack, Syrian air missiles were fired despite a clear warning from Israel. As a result, several Syrian air defense batteries were destroyed. The IDF also announced that it was in high readiness for a variety of scenarios and that ” The Home Front Command instructions should be heeded, which will be updated if required. ”