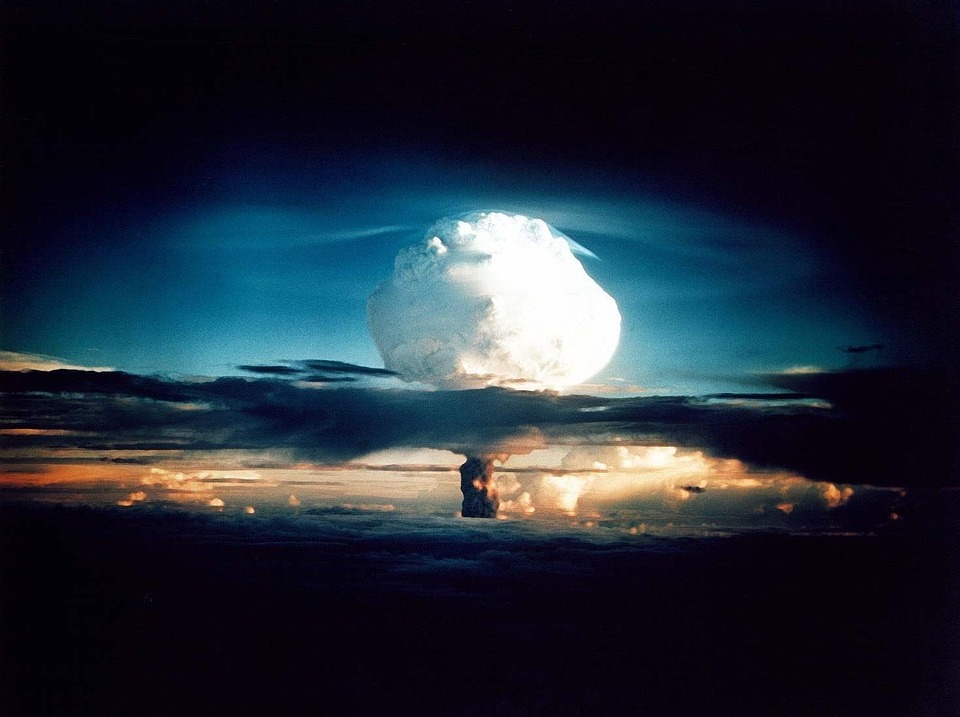 Shortly before sunrise on September 22, 1979, an American satellite called Vela6911 documented double flash over the South Atlantic.  Staff at the Patrick Air Force Base, Florida, recognized the familiar shape of a nuclear mushroom, something that American satellites have documented dozens of times in the past. The U.S. Air Force issued an alert, and then US President Jimmy Carter rushed to a conference room meeting in the White House the following day.

On the 40th anniversary of the Vela incident, the American magazine Foreign Politics (Blast From the Past) convened a team of scientists, academics, past government officials, and nuclear weapons prevention experts to analyze documents and data that have now become unclassified.

Carter administration conclusion was that the possibility that Israel or South Africa, which had military ties, tested a nuclear weapon could have a negative impact on Carter’s reelection campaign, especially in addition to the lingering Iran hostage crisis.

It’s “Either Israel, or South Africa, or nothing,” Carter wrote in his diary.  But South Africa’s nuclear weapons program was not advanced enough to test its bomb, what left suspect only Israel.

Until then, Israel has not admitted to having nuclear weapons, nor carried out nuclear experiments. Talks about the Israeli nuclear arsenal has been claimed in foreign publications only. President Carter wrote in his diary on September 22: “There was an indication of a nuclear experiment in the South African region by South Africa, or Israel through the use of a ship at sea, or nothing.”

A team of experts appointed by the president’s scientific adviser published his final report in May 1980, after only three meetings: “In our estimation, it was probably not a nuclear experiment.”

The committee’s members, the article said, rejected all the evidence that indicated otherwise, including an analysis of the Naval Research Laboratory that detected the blast site near Prince Edward Islands, 1,600 kilometers off the southern coast of South Africa, using hydroacoustic data (underwater sounds) and claims for the detection of radioactive materials in sheep in Australia.

The Foreign Politics said that there was no smoking gun that linked Israel to the incident, and no Israeli official has ever publicly confirmed that Israel has carried out a nuclear experiment – but the researchers believe, according to various documents and evidence, that the Vela incident was a nuclear test Hydrogen bomb. These include the details on which this assessment is based, according to the article.

President Carter revealed in 2010 a diary note he made on February 27, 1980: “We have a growing belief among our scientists that the Israelis did indeed conduct a nuclear test explosion in the ocean near the southern end of Africa.”

According to foreign publications during the Yom Kippur War, Israeli leaders and their nuclear advisers concluded that Israeli nuclear weapons are irrelevant to the security situation in which Israel is located.

Therefore, it was decided by the Atomic Energy Committee to conduct a comprehensive study to complete a specialization in the development of a two-stage thermonuclear bomb. At the same time, Shimon Peres, the founder of the Israeli atomic program in the early 1950s, was also appointed Minister of Defense and supported in this way. A commitment to develop a two-stage bomb required an experiment.

The leak from Israel

The initial report on the Vela incident was published on CBS on February 21, 1980 by the then Tel Aviv network correspondent, Dan Raviv. The US network reported that it was a nuclear experiment. Reviv filed the report from Rome in order to evade the censorship. As a result, he lost his journalist’s certificate with direct instruction from the defense minister at the time, Ezer Weizman.

Decades later, Raviv said that a senior Israeli political source confirmed the story to him – MK Elijah Spizer, who served in the Knesset between 1977 and 1988 and was close to Peres at the time.

Leonard Weiss, of the Center for International Security and Cooperation at Stanford University, wrote: “The weight of the evidence that the Vela event was an Israeli nuclear test assisted by South Africa appears overwhelming.” Weiss stated that successive US administrations continue to cover up the test.

David Albright stated in an article about the double flash event in the Bulletin of the Atomic Scientists that “If the 1979 flash was caused by a test, most experts agree it was probably an Israeli test.”

Only in 1984, an Israeli scientist Mordechai Vanunu who defected to Australia reveled in the London Times that Israel has mass-producing neutron bombs.

Here Are the 5 Biggest Nuclear Weapons Tests Ever Conducted