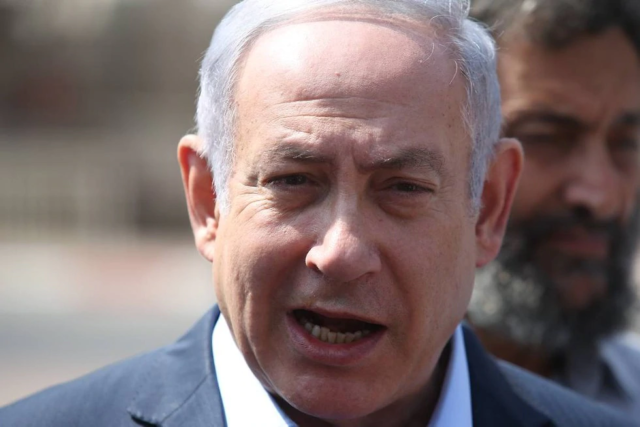 Ahead of the elections on September 17, Prime Minister Benjamin Netanyahu promises to annex Israeli settlements in the occupied West Bank.

In a speech on Sunday, in the West Bank settlement of Elkana, where he attended a ceremony opening the school year. Netanyahu said, “With God’s help we will extend Jewish sovereignty to all the settlements as part of the Land of Israel, as part of the State of Israel.” Netanyahu again gave no timeframe for the pledge he made first time five months ago.

Netanyahu also addressed the academic aspect of the school year opening and told the students: “Each and every one of you, when you are good at something – you can be better at something. I want you to aspire to be even better. If you do these things, you will succeed and help one to the other. ”

Yesha Council Chairman Hananel Dorani welcomed Netanyahu’s remarks on the application of sovereignty, saying: “We are eagerly awaiting the results on the ground. Sovereignty is the vision of settlement, which we have dreamed for years and we would love to see the dream come true soon.”

MK Tamar Zandberg (the Democratic Camp) responded to Netanyahu’s annexation promises, saying “instead of ensuring education for tolerance and against racism, rather than ensuring that there will not be single contractor employment next year, the prime minister chooses the first day of the school year to secure the annexation of settlements.”

Sandberg also said: “Anyone who wants to see Elkana part of the State of Israel should support negotiations for a political settlement that will include the exchange of agreed territories and not make promises that will only guarantee us a lifetime on the sword with no solution.”

PLO Secretary-General Saeb Erekat responded to Netanyahu’s statement in Elkana, saying: “Those who are worried after every Israeli declaration related to settlements have to face reality: Israeli Prime Minister announces more annexation in the territories. Enough impunity is enough, there is international responsibility to impose sanctions on Israel After a whole decade of recurring crimes.”

“The sovereignty movement,” said it “cautiously welcomed the PM’s remarks, but warned that Netanyahu’s words imply the establishment of an Arab political entity on the other territories of Judea and Samaria. “A Jew earning money with Israel throughout his years of exile, restoring Israeli sovereignty over the entire Land of Israel.”