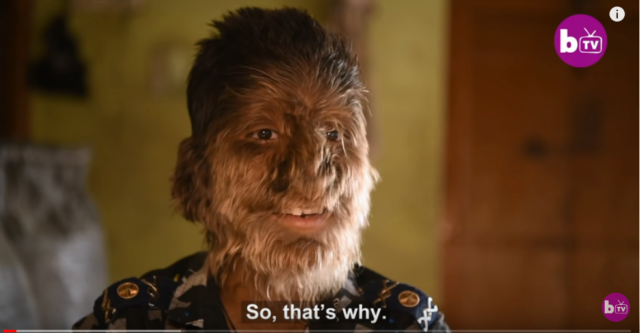 The infants were taking omeprazole, used to treat indigestion and acid reflux. It was found that the drug was tainted with active component minoxidil, an alopecia remedy.

On July 11 the Spanish health authority for Medicines ordered a Malaga-based pharmaceuticals company Farma-Química Sur SL, to take out of circulation several batches.

El Pais newspaper citing health sources who said that the babies hair growth subsided when they stopped taking the medicine.

Parents have been advised to seek medical help if their child has been given the formula and check with their pharmacy if they have purchased an affected lot.

The Health authority pulled the first batch off the market in July when 13 cases were reported.

Earlier this month another three cases report were made and another batch of the medicine was pulled from pharmacy shelves.

Officials believe the contamination could have affected more than 50 batches of the drug.

the Farma-Química Sur license has been suspended and cannot manufacture, import or distribute drugs.

The company’s supplier in India and it is reported by Granada Hoy, the contamination was made at source.

What is ‘werewolf syndrome’?

Werewolf syndrome, called Hypertrichosis, is a very rare condition. It features an abnormal amount of hair growth over the face and body. Patients are either develop the syndrome later in life or born with it.

Throughout history, those people have been seen in freak shows and in traveling circuses.

No single method of hair removal is appropriate for all body locations or patients.

Treatment methods include only cosmetic procedures for hair removal.

Advertisement. Scroll to continue reading.
In this article:Health, Finance