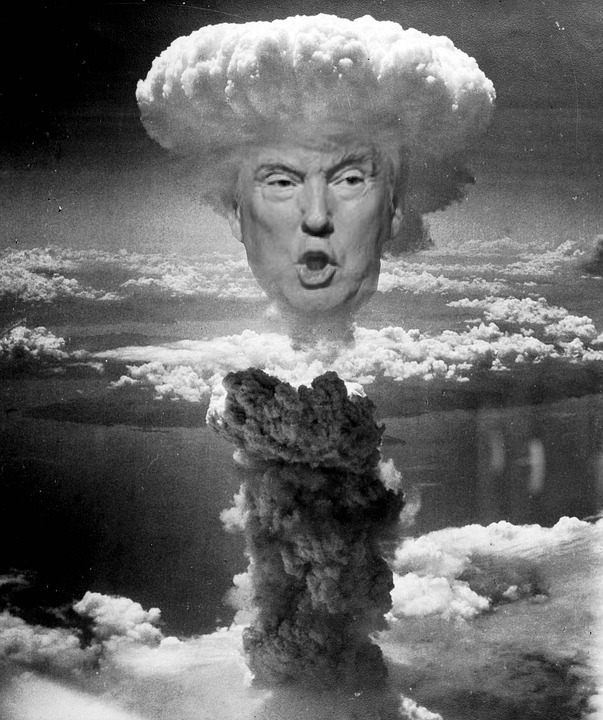 President Donald Trump suggested Homeland and National Security officials using nuclear bombs into hurricanes to prevent them from hitting the US, multi reports in Washington claim.

The president is said to have raised the idea on numerous occasions since 2017.

According to US news website Axios citing one source, the president had said during a hurricane briefing at the White House: “I got it. I got it. Why don’t we nuke them?”

President Trump continues and explained that dropping a nuclear bomb in the eye of an off-shore hurricane would disrupt its formation.

The briefer has turned to the president and said they would “look into” the possibility.

“People were astonished,” the source who was there reported. “After the meeting ended, we thought, ‘What the f***? What do we do with this?’”

The president’s remarks had been recorded in a National Security Council (NSC) memorandum.

The source of the idea actually goes back at the late Fifties, to the Eisenhower era. Government scientist and meteorologist Jack W Reed had floated proposals for exploding nuclear devices to break up severe storms.

According to The National Oceanic and Atmospheric Administration (NOAA): “Apart from the fact that this might not even alter the storm, this approach neglects the problem that the released radioactive fallout would fairly quickly move with the tradewinds to affect land areas and cause devastating environmental problems.”