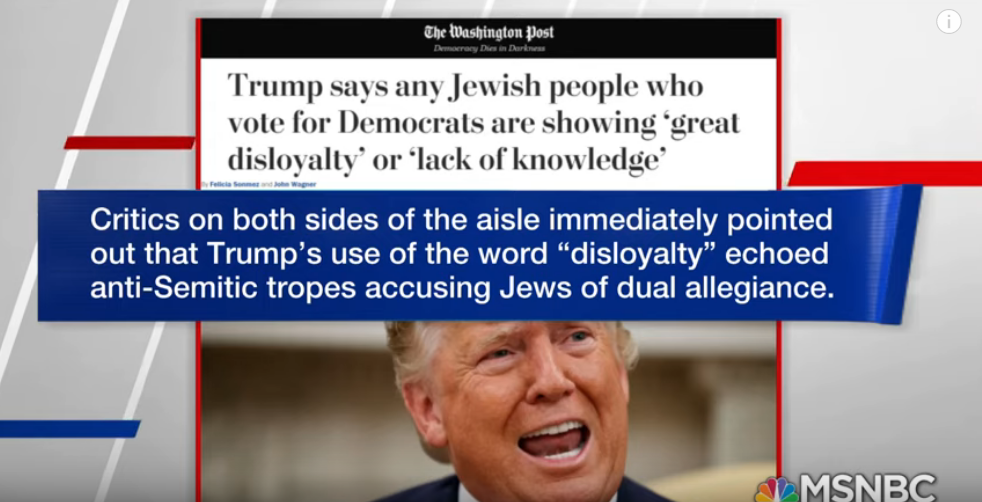 US Jewish organizations are outraged by Donald Trump’s remarks Tuesday, in the backdrop of Muslim congressmen not arriving in Israel. Trump said in the White House that voters for Democrats, despite party members Rashida Talib and Ilhan Omar, suffer “from complete lack of knowledge or For great disloyalty. ”

Jonathan Greenblatt, of the Anti-Defamation League, wrote on Twitter in response to Trump: “It is unclear who the US president claims Jews to be ‘loyal’. The allegations of disloyalty have been used for attacks against Jews for a long time. As we said in the past, it is possible to participate in the democratic process without using these arguments. “Greenblatt added that the time has come when Jews are used as a political tool.

Logan Bieroff of pro-Israel and liberal lobbying Jay Street said he was “not surprised that the president’s racist and obscene attacks against progressive minority girls in Congress have now been defamed against Jews.” He added that “it is dangerous and shameful for President Trump to attack the vast majority of the American Jewish community and define it as lacking in intelligence and” disloyalty. ”

“This is another example of how Trump continues to use anti-Semitism as a weapon and as a political tool,” said Halie Sofer, head of the Jewish Democratic Council of America.” In a time of rising anti-Semitic incidents, in light of the president’s strengthening of white nationalists, Trump is repeating anti-Semitic images.”

It’s unclear who @POTUS is claiming Jews would be “disloyal” to, but charges of disloyalty have long been used to attack Jews. As we’ve said before, it’s possible to engage in the democratic process w/o these claims. It’s long overdue to stop using Jews as a political football.

“If loyalty is related to Israel, then Trump reiterates the dual allegation of allegiance, which is a form of anti-Semitism. If it is Jews who are ‘loyal’ to it, then Trump needs to check reality. We live in a democracy, and Jewish support for the Republican Party has fallen by half in the last four years.”

According to the Associated Press, a number of organizations noted that allegations against Jews for disloyalty were also in Europe in the 1930s. Ann Lewis and Mark Mellman of the Democratic majority for Israel said of Trump’s statement that it was “one of the deadliest and most dangerous allegations against Jews over the years. False allegations of disloyalty have led to centuries of murder, incarceration, and torture of Jews.”

On the other hand, the Republican Jewish Coalition has supported Trump. They said the president was talking about Jews who are not loyal to themselves or to Israel. “The president is right. It shows great disloyalty to yourself to defend a party that defends and supports the people who hate you because of your religion,” the Jewish Republican organization’s statement on Twitter said. “The Republican Party, which barely faces anti-Semitism from its elected officials, always acts quickly and decisively to punish and oust.”

President Trump is right, it shows a great deal of disloyalty to oneself to defend a party that protects/emboldens people that hate you for your religion. The @GOP, when rarely confronted w/anti-Semitism of elected members always acts swiftly and decisively to punish and remove. https://t.co/mEBgd84qkf

Jewish Senator Bernie Sanders, who is running for Democratic presidential primaries, responded to Trump on Twitter tonight, writing: “Let me say something to this president: I am a proud Jew and have no concerns about voting for Democrats. In fact, I plan to vote for a Jewish person to be the next US president.”

Joe Biden, the leading candidate in the Democratic primaries, told Trump: “Mr. President, these comments are insulting and unforgivable – just like your previous insinuations of dual loyalty. Stop splitting the Americans and humiliating your fellow American citizens.” Biden said Trump’s remarks do not deserve a person in the president’s post.

Over the years, most U.S. Jews support the Democratic Party. According to a poll published in the AP, in the midterm elections last year, 72 percent of Jews voted for Democratic candidates. 74 percent said they were dissatisfied with President Trump’s performance.

A poll by the Pew Institute in April showed that 42 percent of U.S. Jews believe Trump’s attitude is biased toward Israel. 6 percent say Trump is biased in favor of Palestinians, and 47 percent say he maintains the right balance. By comparison, the proportion of Christian Americans who think the ratio of Trump biased in favor of Israel stands at 26%.
This is not the first time Trump has angered the Jewish community and has been accused of anti-Semitic statements. In 2015, when he was a presidential candidate, he spoke to the Republican Jewish Coalition, saying, “You’re not going to support me because I don’t want your money. You want to control your politicians. That’s okay.” Later in the campaign, he shared on Twitter a photo of Hillary Clinton with banknotes and Star of David, stating that it was “the most corrupt candidate ever.” 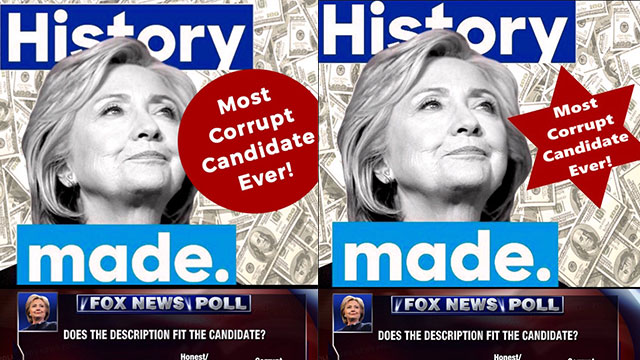 Trump, recalls, called on Israel not to allow the entry of Democratic congressmen Talib and Omar, who support the boycott movement. The Israeli government responded to the request. When Talib said she wanted to visit her 90-year-old grandmother in the Palestinian Authority, the government gave her permission, and she had to pledge not to use the visit for propaganda purposes. Although Talib agreed to the terms, she decided to cancel the visit.

Yesterday, Trump said that Talib and Omar hated Jews and Israel, and that they were the “face” of the Democratic Party. The US president responded to the Talib and Omar press conference, in which Talib burst into tears as she spoke of the longing for her elderly grandmother. “Sorry, I don’t buy Talib’s tears. I have long seen her violence, madness, and most importantly – her words. Now tears? She hates Israel and the entire Jewish people. She is anti-Semitic,” Trump wrote on Twitter. The president added that Omar was a “disaster for the Jews.”

By Staff and News agencies