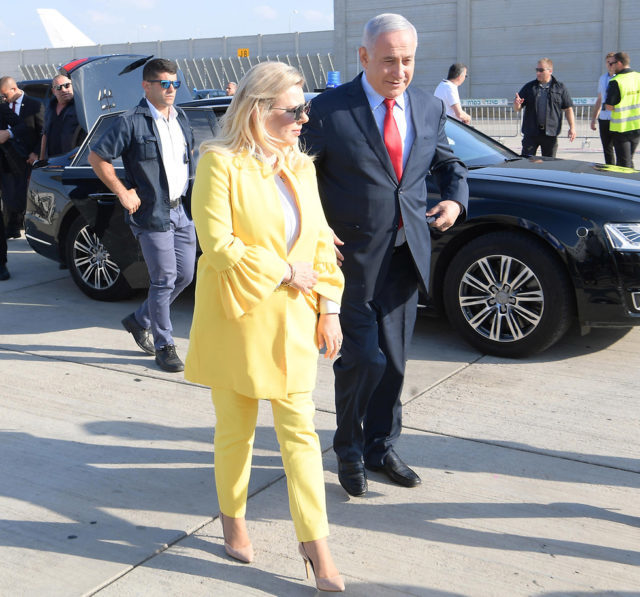 An embarrassing incident on Prime Minister Benjamin Netanyahu’s flight to Ukraine: During the flight, Sara Netanyahu, Prime Minister’s wife, snapped at Captain El Al because she mistakenly believed she had not welcomed in the declaration system upon boarding.

Netanyahu rose from his seat and tried to enter the cockpit in a rage, but was stopped by the security. Following the incident, the captain again greeted the prime minister and his wife – 45 minutes before landing.

The captain welcomed the PM’s wife at the start of the flight, but she may not have heard it clearly. The second time, before landing, he wished her success in the visit. He said up laud: “to the prime minister’s wife, Mrs. Sara Netanyahu.”

The Prime Minister’s Office denied that the security guards were the ones who blocked Netanyahu’s entry into the cockpit. El Al said in response: “The prime minister’s flight went according to plan. We were pleased to host the prime minister and Mrs. Netanyahu on our flight to Ukraine.”

The prime minister’s office said in response: “This is a distorted publication. There was a misunderstanding which was immediately clarified and the flight went according to plan. The story about the security guards, as well, is a total lie. It is another attempt to divert attention from the important international visit that the prime minister carried out.”

Onboard the plane, there was another embarrassment. Netanyahu was greeted by three Ukrainian young women in traditional clothing who offered him special bread at a traditional ceremony. Netanyahu tasted the bread, gave Sara a piece –  Prime Minister’s wife threw it to the floor.

In this article:Sara Netanyahu, Finance