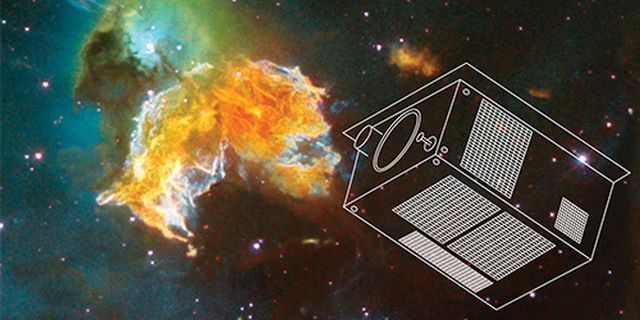 A new type of a scientific satellite weighing in at just about 160 kg, is planned to be built in Israel and is projected to launch in 2023. The project is expected to cost some $70 million.

The satellite, known as ULTRASAT, is a result of a collaboration between Weizmann Institute of Science and the Israel Space Agency.

ULTRASAT will carry a telescope designed to observe the Universe as it has not been seen it before: It will analyze a range of ultraviolet light that is normally invisible to us with a very large field of view.

“This unique configuration will help us answer some of the big questions in astrophysics,” says Prof. Eli Waxman, the principal investigator.
ULTRASAT’s missions include the formation process of dense neutron stars that merge and emit gravitational waves, how supermassive black holes rule their neighborhoods, how stars explode, where the heavy elements in the Universe come from, the properties of stars that could have habitable planets and more.

The work on the project will start in September; in parallel, the German DESY Research Center of the Helmholtz Association pledged its support and cooperation for the initiative. Negotiations are also underway with other major space agencies to get ULTRASAT off the ground.

The ULTRASAT spacecraft will be constructed by the Israeli industries, “putting Israel – and Israeli scientists and engineers – at the forefront of a global movement to explore the Universe with small, affordable satellites,” says ISA’s director Avi Blasberger.