According to the defense establishment, the final version is being developed. Carmel and its serial production estimated to end in five to seven years.

The purpose of the “Carmel” program was to develop the technology for the “combat field of the future,” to maintain operational based on Israeli technological superiority.

Carmel’s dramatic renewal concerns a number of crew members: only two fighters instead of four in the tank or 6-8 in the current armored combat vehicle. A third fighter in Carmel will be the virtual fighter: Artificial Intelligence, the technological brain of the system, to accelerate decision making like classification and attack, with dramatically increased rapidity and accuracy, autonomous driving of the vehicles and more. 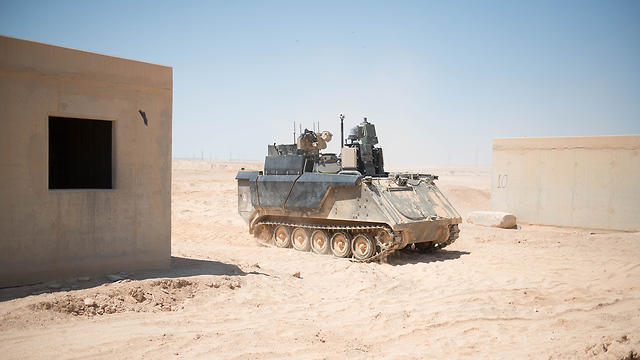 The Ministry of Defense selected three of the largest Israeli defense industries for the development program: Rafael, Israel Aerospace Industries IAI, and Elbit Systems. Their mission was to develop technology that does not yet exist in the world among land forces.

Each industry developed its own technological concept, that would transform and upgrade the IDF’s combat vehicles to a cockpit, much like a fighter jet’s cockpit.

The demonstrations are presented in the fire areas of the Elyakim camp in the north to the General Staff Forum, to senior officers in the Armored Corps and even to US Army generals and other foreign armies who are showing interest in technology that does not yet exist in the world among dry forces. 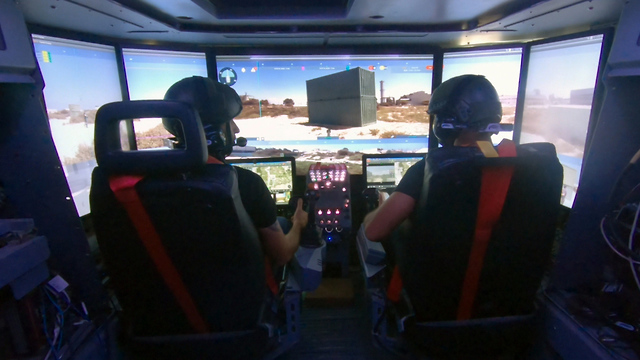 Carmel will only operate under closed hatches, ie without removing the head and body of the fighters outside the vehicle. Dozens of advanced cameras, for day and night photography and a variety of ranges; radars of various types, and SIGINT sensors will show the two fighters the battle picture on small and large touch screens in front of their eyes, at 360 degrees.

From Carmel, it will be possible to fire at the same time with various weapons: missiles, including anti-aircraft missiles, 30 mm diameter shells, bullets from a heavy machine gun and a special key to be installed on its roof. With the key, fighters will be able to dispatch attackers with additional unmanned systems.

Carmel will have special and classified camouflage capabilities that will make it very difficult for the enemy to see him – even with the use of binoculars and night vision equipment, radars and electronic warfare. 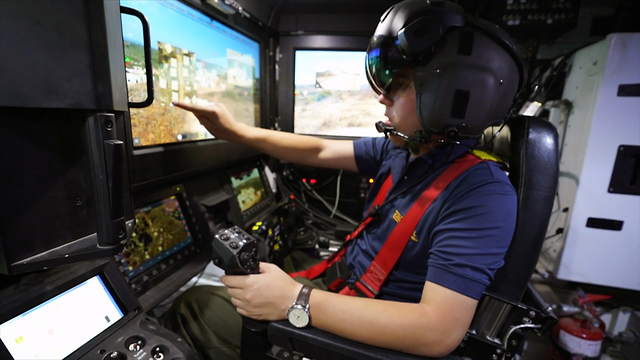 As in the jet cockpit, Carmel’s fighters wearing of the helmet would immediately darken the screens in position, and through the reflector, they would see the entire battlefield around it, and according to their head movement, the vehicle’s means of attack would move.

The Carmel has a third rear seat to allow fighters to manage armored vehicles or unmanned tanks fighting alongside the manned Carmel, as well as robots that Carmel will send forward to open the area and remove threats. Electronic warfare systems will neutralize enemy carriers without a single shot.

Carmel has a third back seat to allow fighters to manage armored vehicles or unmanned tanks that are fighting alongside the manned Carmel, as well as robots that Carmel will send forward to open the area and remove threats. Electronic warfare systems will neutralize the unmanned enemy without a single shot.

In the coming years, Carmel developers will add to the vehicle the element of survival – passive and active defense systems, such as windbreaker, which will intercept various threats as side charges and anti-tank missiles. 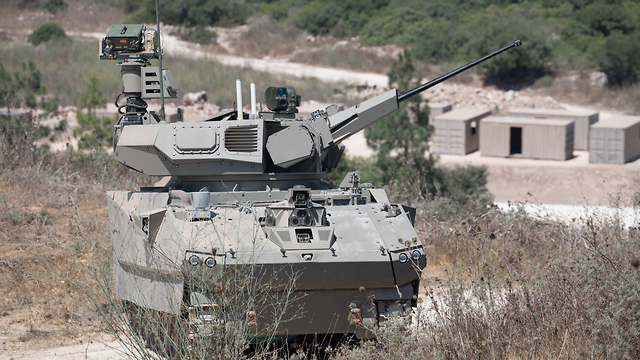 The Carmel platform was demoted and developed for IDF-recognized M113 veterans, but It has not yet been decided whether Carmel will be on a caterpillar vehicle such as Golani and Givati’s Chief of Staff or on a wheeled vehicle, such as the new Eitan that has already entered the Nahal division.

The next step in the plan is to bring the project’s highlights and recommendations from the Armor Corps, which accompanied the project, into a discussion, examination, and decision on the ground arm – which will need to determine which models to choose, or whether to combine some of them.

“The main challenge is to expose the enemy quickly and in real-time and to kill him quickly. Today we are in good shape, but Carmel will be part of a whole concept that will bring more things,” explained Chief Armor

The combat vehicle that has reached an advanced stage in the development process, are already being integrated with the AFVs that the IMOD Tank and APC Directorate is developing and producing today. 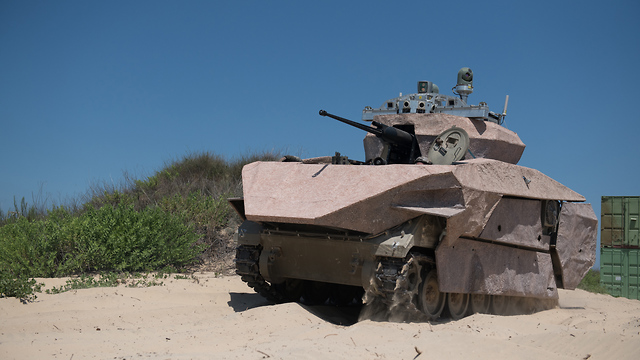 In this article:Finance, Ministry of Defense