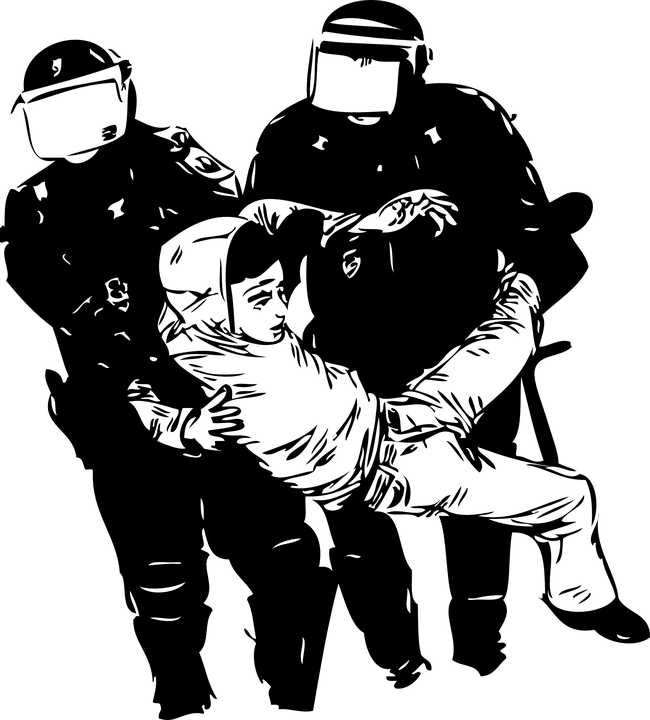 Though rarely understood, there can be no greater form of power on this earth than power over death.Ominously, this always-preeminent form of power in world politics remains unrecognized by American foreign policy-makers. The perilous result is that this country’s counter-insurgent strategies will become less and less adequate.

It’s not an enviable situation for the United States. But it is also apparent and unhidden. Increasingly, and in starkly foreseeable circumstances, US strategies will find themselves detached from potentially indispensable forms of pertinent knowledge. On occasion, of course, these portentous discoveries could coincide with bewildering derivatives of an extant nuclear crisis.

Improved counter-terrorism policy is not just about ad hoc strategies and tactics. In all urgent national security matters, there obtain converging but still-divergent elements of relevant law. Accordingly, those far-flung jihadist insurgents—the embodiment of Hostes humani generis under international law— who would seek to justify violent attacks on Americans or American allies in the name of “martyrdom” are manifest defilers of authoritative international law.

The rules are plain. Insurgents, even those with a defensible “just cause,” must satisfy longstanding jurisprudential limits on (1) permissible targets and (2) permissible levels of violence. These codified and customary limits are interpenetrating and sometimes even synergistic.

On the other hand, prima facie, all United States policies that are intended to thwart jihadist terrorism, whilst existing discretely, are manifestly supportive of codified and customary international law, as defined in Article 38(1)(b) of the Statute of the International Court of Justice.

It’s not at all ambiguous. Binding international law has always a part of American domestic law, since as early at The Paquette Habana; and amidst it, even the “sacred” rights of insurgency exclude the deliberate targeting of civilians and/or force used to inflict gratuitous suffering. Popularly empty witticisms aside, e.g., “All is fair in love and war,” there do exist longstanding binding rules to suitably govern the latter.

In law, any insurgency that blurs the line between combatant and non-combatant populations is impermissible. Irrespective of any “just cause,” therefore, it is “terrorism” whenever insurgents murder noncombatants, and whether by guns, bombs, knives or automobiles. In these matters, there are no legal exceptions.

But terrorists can still play skillfully at “lawfare.” Sometimes, insurgent foes will advance a purported legal argument known formally as tu quoque. This already-discredited position stipulates that because the “other side” is guilty of similar, equivalent or allegedly greater kinds of criminality, “our side” is necessarily free of any legal wrongdoing.

Jurisprudentially, such a disingenuous argument is always wrong and always invalid – especially after the landmark judgments handed down at the Nuremberg (Germany) and Far East (Japan) post-World War II ad hoc criminal tribunals.

For both conventional armies and insurgent forces, the right to armed force can never supplant the peremptory rules of humanitarian international law. Such utterly primary or jus cogens rules (rules that permit “no derogation”) are correctly referenced as the law of armed conflict or the law of war. Attentiveness to this basic law remains an integral part of any civilized nation’s counter-terrorism operations. Historically and conceptually, this law has its doctrinal roots in the Hebrew Bible, the Law of Athens and also Roman Law (notably the Emperor Justinian’s well-known Institutes).

Nonetheless, diversionary legal manipulations endure. Endlessly, various supporters of terror-violence against noncombatants still adamantly insist that “the ends justify the means.” Leaving aside the ordinary ethical standards by which any such argument must be recognized as inherently corrupt and indecent, the ends can never justify the means under modern international law.

For more than two thousand years, unassailable legal principles have specified that intentional violence against the innocent is always prohibited.

In law, one person’s terrorist can never be another one’s “freedom-fighter.” Although it is true that certain insurgencies can sometimes be judged lawful or even law-enforcing (consider for example the American revolutionaries of the 18th century), even such presumptively allowable routes to force must always conform to the settled laws of war.

By definition, whenever an insurgent group resorts to manifestly unjust or indiscriminate means, its actions constitute terrorism. Even if certain adversarial claims of a hostile “occupation” were to be accepted as reasonable, any corollary claims of entitlement to “any means necessary” would remain morally disfiguring and patently false.

International law cannot be invented and reinvented according to particular situations. Rather, it maintains specific and determinable form and content. It cannot be defined and redefined by terror groups or terrorist patron-states to justify selective interests. This is especially the case wherever terror violence intentionally targets a designated victim state’s fragile and vulnerable civilian populations.

Reciprocally, national liberation movements that fail to meet the test of just means can never be properly protected as lawful or legitimate. Even if compelling law were somehow to accept the factually questionable argument that certain terror groups had fulfilled the broadly accepted criteria of “national liberation,” (e.g., Iran-supported Hamas), they would still not satisfy the equally relevant legal standards of discrimination, proportionality, and military necessity. Authoritatively, these standards are expressly applied to insurgent or sub-state armed forces by the common Article 3 of the four Geneva Conventions of 1949 and Protocols I & II of 1977 to these key Conventions.

All war and insurgency is governed by indisputably common standards of “humanity.” These overarching criteria are also binding upon all combatants by virtue of a still more comprehensive customary and conventional international law, including the Preamble to the Fourth Hague Convention of 1907. This foundational rule, called the “Martens Clause,” makes all persons responsible for upholding the “laws of humanity” and the associated “dictates of public conscience.”

Under compulsory international law, terrorist crimes mandate universal cooperation in both apprehension and punishment. As punishers of “grave breaches” under international law, all states are expected to search out and prosecute or extradite individual terrorists. In absolutely no conceivable circumstances are states permitted to regard terrorist “martyrs” as legitimate “freedom fighters.”

This is unambiguously true for the United States, which incorporates all international law as the “supreme law of the land” at Article 6 of the Constitution and was formed according to timeless principles of Natural Law. Although generally unrecognized, early authority for maintaining the American republic was derived largely from William Blackstone’s justly famous and legally constitutive Commentaries.

In law we say ‘ex injuria jus non oritur,’ which means rights can never stem from wrongs. Even if US adversaries continue to insist on treating the most recalcitrant jihadist insurgents as “martyrs,” such treatment could have no exculpatory or mitigating effect on attendant terrorist crimes. Despite any alleged justness of cause, and this includes frequently-cited adversarial references to “self-determination,” nothing in international law can justify the deliberate targeting of non-combatant populations.

America’s jihadist foes are ultimately in search of the preeminent form of power on planet earth. This means power over death. Accordingly, Washington’s counter-terrorism policy-makers ought never lose sight of this power and its primal place in certain enemy decisional calculi. In the end, power over death could trump every other more tangible form of power, including those that are based upon aircraft carriers, missiles or other technologically advanced weapon systems.

The explanation here lies at the very heart of what it means to be human. The philosopher Alfred North Whitehead would say that in world politics, any deeply felt promise of immortality must inevitably be of “transcendent importance.”

All this signifies, among other things, that the primary American orientation to wage battle in counter-terrorism must focus on “mind over mind,” not “mind over matter.” In essence, whenever our enemies assign an absolute primacy to the words “I believe,” it should become an “automatic” signal to Washington that the best US response must be undertaken at an intellectual level. Though intangible and not easily understood by politicians or planners, enemy searches for power over death can be (1) decisively all-important and (2) unresponsive to ordinary threats of military harm.

To blithely dismiss such a distressingly complex reality will be tempting, especially by political candidates of either party, but that dismissal could sometime prove catastrophic for the United States. When a determined enemy is driven by presumptively existential notions of “I believe,” the US arsenal of plausible counter-measures must be made correspondingly flexible and creative. This analytic imperative becomes even more obvious and overriding whenever that enemy is endowed (directly or indirectly) with nuclear or certain other weapons of mass-destruction.

For American counter-terrorist strategists, it will be vital to understand that even an adversary who does not fear cessation of life could remain subject to various alternate fears. For example, a “martyrdom” seeking jihadist might still be deterred by assorted threats of humiliation, operational failure, incompetence, emasculation, community derision, or – most terrifying of all – rejection by God. Significantly, these variegated apprehensions could sometime resemble what Danish philosopher Soren Kierkegaard famously termed the “Sickness unto Death.” This means a sense of despair so utterly devastating that it would seem even more unbearable than imminent physical annihilation.

Going forward, to more capably challenge terrorist expectations of immortality – far-flung expectations of achieving power over death by launching violent attacks against the innocent –  is a sine qua non of US national security policy. In this connection, there may be little available theoretical guidance for designated decision-makers. Nonetheless, comprehensive theories will soon have to be fashioned.

There is no conceivable alternative.

This article was first published in Jurist