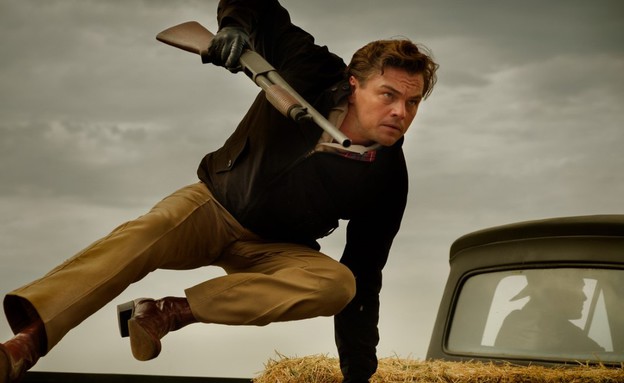 Leonardo DiCaprio is one of the most successful stars in the world. Reports from his new film, “Once Upon a Time In Hollywood,” indicate that staff members were instructed not to make eye contact with the actor.

According to Hollywood Reporter that some of the crew members on the set were asked to avoid eye contact with the star. The strange reason for the request is “maintaining an atmosphere of mystery,” claimed one of the photographers.

Fans who heard about the policy of the beloved talent expressed themselves on social networks. One wrote: “He went crazy, does he think he’s God?” Another agreed and added: “They think he’s God, he uses the bathroom like the rest of us, he’s just a person with money.” Another tagged DiCaprio and twitted: “I’m going to tweet it every fucking day: why do not you let people look you in the eye?”

#LeonardoDiCaprio requires for film crew members on the film set he’s working on to not look him in the eye, to not make any eye contact with him at all. What? Is he out his goddamn mind? Who the hell does he think he is? God? Furthermore, what self respecting director would even

It has recently been revealed that DiCaprio will earn $15 million “only” for his participation in Once Upon a Time In Hollywood, while his fixed fee is $20 million. But, no need for mass funding. DiCaprio is expected to make a profit of $45 million if the film becomes a hit, as is expected.

Recently, DiCaprio has been at the center of public interest, much of it because of his new film and interviews with various promotion events. At the red carpet event in honor of the film’s release, DiCaprio admitted he was not thinking of quitting soon, in another interview he said he thought “euphoria” was an amazing series.

During another promotion of the film, DiCaprio confronted the question of anyone watching the Titanic ever – was there room for Jack on the floating door? “No response,” replied DiCaprio.

Quentin Tarantino: “I have waited for the perfect Girl”

Brad Pitt (who starred beside him) stated that he must watch the scene again soon and tried to persuade DiCaprio to answer the question: “You could have crowded in there, would not you?”

“This is the biggest controversy in modern cinema,” continued DiCaprio, repeating his statement “no response.”

“Once Upon a Time In Hollywood” will be released this weekend. The film, which takes place in Los Angeles in the summer of 1969, follows the story of Rick Dalton (Dicaprio), a former television star and his regular multiplayer Cliff Booth (Pitt) who find it difficult to find themselves in the changing landscape of Hollywood. Another character after her is Jacob Tate (Margo Ruby), the late girlfriend of Roman Polanski, who was murdered that summer by the cult led by Charles Manson.

‘Once Upon a Time in Hollywood’ crew urged to ‘avoid making eye contact’ with Leonardo DiCaprio:DO THEY THINK HE IS A GOD IF HE USES THE BATHROOM LIKE YOU AND ME HE IS JUST A MAN W/MONEY https://t.co/ReSKpyMlr0 via @AOL

In this article:Leonardo DiCaprio, Finance