Israel is surrounded by enemies and is dealing with a very complex security situation – but it can be more careful and improve its attitude toward the Palestinians. That is the view of most of the Democratic presidential candidates, which are preparing for the US elections next year.

The Democratic candidates answered the New York Times questions about their views, including on Israel. The question was: Do you think Israel meets international standards of human rights?

The New York Times was surprised by their answers. The expectation was that given the growing criticism on Israel in the democratic camp, many candidates would dare to oppose the Jewish country – but they found that few agreed to criticize it. Joe Biden did not answer, the others surprised by the delicate criticism. And who declared that Israel is “the one country that is necessary on Earth?”

Sen. Bernie Sanders, who is second in the polls, has often attacked Prime Minister Benjamin Netanyahu and his policies. “I have a great deal of concern about the role played by Netanyahu in Israel and the relations with the Palestinians,” he said. He stressed that he supports “100%” in “Israel’s right to exist in security and peace” – but expressed hope that the American administration would discuss “all the entities in the region equally,” including the Palestinians.

Another leading candidate, California Senator Kamala Harris, answered the question directly: “Yes.” She noted, inter alia, that “Israel is committed to being a democracy and is one of our closest friends in this region.”

The rising star in the Democratic Party, the South Bend mayor of Indiana and an openly gay man, Pete Buttigieg, attacked the policy of the Netanyahu government. He said he was worried about “talk” about annexation in Judea and Samaria and added that “Israel’s human rights record is problematic and moving in the wrong direction.” However, he stressed his support for the “Allies” Israel – and called for “guiding” it toward peace.

Sen. Elizabeth Warren of Massachusetts called for a two-state solution and said the current situation was not sustainable. “I think a good friend is telling the Palestinians and the Israelis – come to the table and talk,” she said.

As for the New York Times’ own question about the human rights situation in Israel, Warren replied that Israel is in “a very tough neighborhood, and I understand that, they face difficult challenges.” She stressed that it is important that Israel, the US ally in the region, remain liberal.

Former Texas congressman Beto O’Rourke, who at first was considered a rising star in the party but cannot take off in recent polls, said: “I know that Israel is trying to apply international human rights standards, but it can do it better. My, that’s what I hear from people in Israel. ” He also called for advancing the two-state solution, saying that all efforts by the administration on the issue should be “directed” at that goal.

Sen. Amy Klobuchar, a Minnesota senator who was deployed in part because of the “comb storm”, joined the criticism of Netanyahu and said his actions “did not help bring peace to the Middle East.” Among other things, it included the Prime Minister’s call for international recognition of the annexation of the Golan Heights. She also attacked Trump’s policy, saying that he turned the issue into a political one. She also noted that as president, she would notify Israel if she thought she had breached international law.

Another senator, Cory Booker of New Jersey, said that a change in the way the United States is discussing the Israeli-Palestinian issue is needed, and he criticized Trump “who does not seem to support the two-state solution.” His commitment to Israel’s right to defend itself from the “enemies that surround it” – but added that the US must ensure that the Palestinians’ right to self-determination and dignity are preserved.

Housing and urban development minister during Barack Obama’s term, Julián Castro, who is considered to be the former president’s protege, said that he believes that “Israel wants to do the right thing” – but added that it must improve in the field of human rights. He expressed the hope that in the coming elections in September the Israelis “will send a clearer message about the need for a two-state solution.” The implementation of this solution, he says, is becoming increasingly complex with the expansion of settlements. 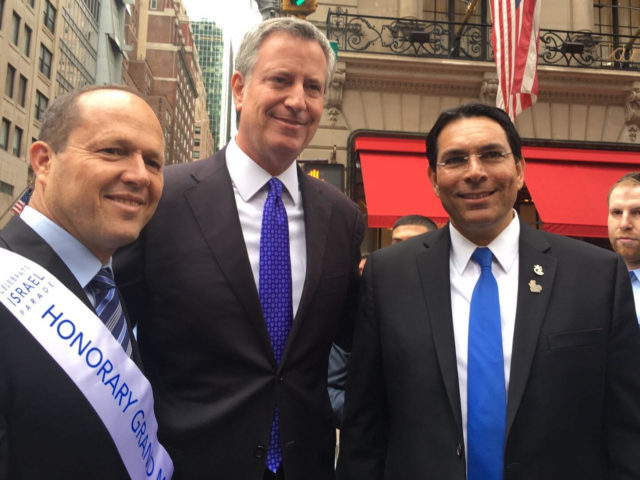 New York Mayor Bill de Blasio went on a line that many candidates seemed to be criticizing, but stressed support and commitment to Israel. “I believe in Israel, it is the only democracy in the Middle East,” he said, adding that he had visited Israel four times and called for fighting the BDS boycott movement, but added that Netanyahu’s government made many mistakes that “undermine the peace process.”

Sen. Kirsten Gillibrand also responded favorably to the question but noted that action should be taken to ease the suffering in Gaza and other areas. She claimed that Trump had caused serious damage to the peace process in his policy.

A member of the House of Representatives of Wales, Tulsi Gabbard, responded somewhat evasively. “There are several challenges with Israel that need to be addressed,” she said. When the New York Times asked for a more detailed answer, she replied that the “situation” between Israel and the Palestinians was “complex” and that progress should be made to allow both sides to “live in dignity and peace.” 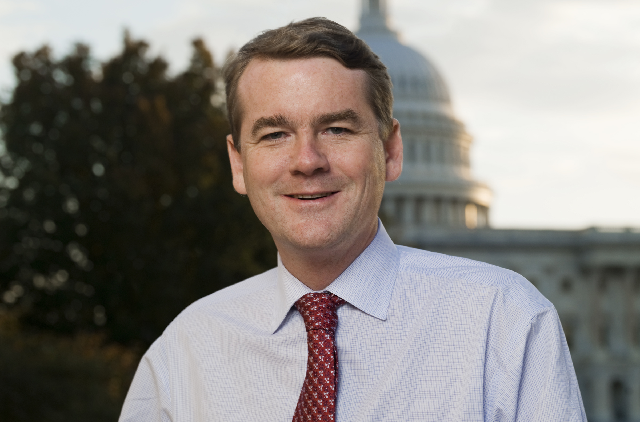 The candidate who went the farthest with his support for Israel is Michael Bennet, a Jewish senator from Colorado. “I think that Israel is the one country that is necessary on Earth, and I say this because of the history of my family in the Holocaust, which does not mean that Israel is perfect,” he said. He added that he has disagreements with Netanyahu’s policy.

The former Governor of Colorado, represented by Sen. Bennet, is John Hicknallover, who also ran for president. “They are at a crossroads,” he said. He declared that “almost every Israeli I know supports the two-state solution and almost every American.”

Another governor, Jay Inslee of the State of Washington, replied that “all countries can improve” in the field of human rights.

Eric Swalwell, a California lawmaker, declared that if he were elected president, “I will dismiss Jared Kushner on the first day because he has no place in the job that seeks to reach a two-state solution.” He noted that construction in the settlements must be frozen until a final agreement is reached.

His colleague to the House of Representatives, Tim Ryan of Ohio, said that Israel could improve its human rights practices, but noted that it was dealing with terrorist organizations such as Hamas and that the situation was “very complex.”

Seth Moulton, a congressman from Massachusetts and a graduate of the Iraq war who just recently became famous for exposing the post-trauma from which he suffers, replied that Israel is trying to meet the same international standards, but does not always succeed. “It is our duty to impose on them, as allies, responsibility.”

Former US House of Representatives John Delaney, like others, referred to Israel’s security situation, saying it was “surrounded by enemies who do not believe in its right to exist. I think they are meeting international standards,” he said. “I think it’s always better for Israel to make sure that the response to people who threaten it is as measured and appropriate as possible.” And to return to the “right path” that will lead to a two-state solution.

Andrew Yang, a former high-tech entrepreneur and former resident of New York and a son of immigrants from Taiwan, also stressed that Israel is an important ally, but said it sometimes violated international law. “Certainly, some of the actions they take are very problematic,” he said.

Another candidate whose chances are virtually nil in the primaries is Marianne Williamson, a writer who sold bestsellers but was also asked by the paper about her opinion. “As President of the United States, my commitment will be full and equal – both to Israel’s justified security concerns and to the human rights of the Palestinians.” 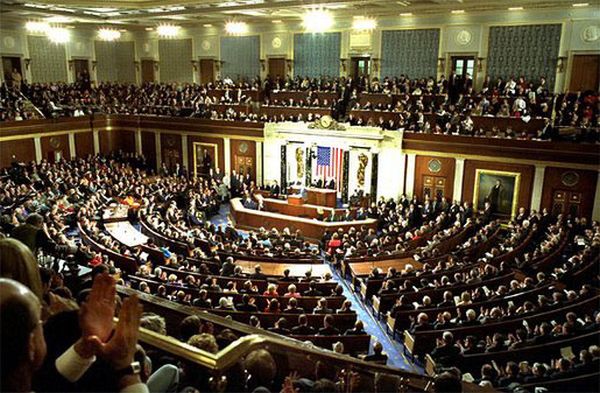 A proposal in the House of Representatives: against annexation in Judea and Samaria

In the meantime, 128 out of the 235 members of the Democratic majority in the House of Representatives have signed their signatures to submit a draft resolution that is based on a commitment to the two-state solution, calling for an end to the occupation and condemnation of the annexation of territories in Judea and Samaria. According to estimates, the proposal is expected to win the support of other members of the House in the coming days.

The initiators of the motion, House members Alan Lowenthal, Karen Bass, and Gerry Connolly, stated that “any American proposal that does not explicitly endorse the two-state solution as its main objective and explicitly or implicitly encourages unilateral annexation will further remove the possibility of bringing Ending the Israeli-Palestinian conflict. ”

JStreet Israel Director Yael Patir said: “In the face of the dangerous rhetoric of government officials about Israel’s right to annex, an existing right that is contrary to the rules of international law, the members of the Democratic House of Representatives place a clear and unequivocal answer of opposing dangerous annexation and supporting the two-state solution. ”