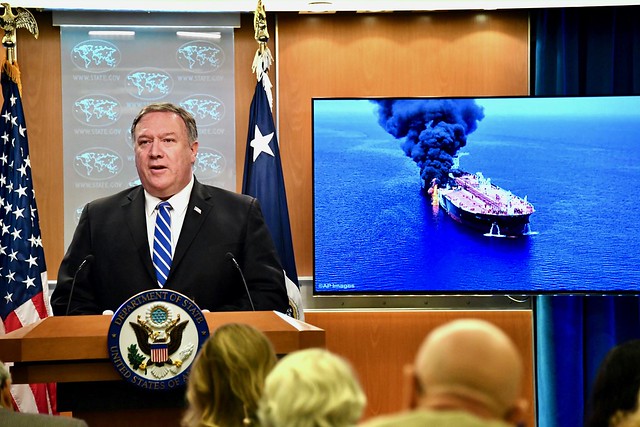 Britain will send 30 Marines to the Persian Gulf as part of a military exercise against the background of the attack on tankers which, according to London, were the work of Iran. However, the Defense Ministry on Sunday rejected reports that they would send about 100 Special Forces fighters to protect British ships on the strategic cruise route. It was further claimed that the exercise was planned in advance.

In an interview with the Saudi daily Al-Sharq Al-Awsat, Saudi Crown Prince Muhammad bin Salman accused Iran of attacking tankers in the Gulf of Oman. The explosion took place on a ship belonging to a Norwegian company and another Japanese-owned ship during Japanese Prime Minister Shinzo Abe’s visit to Tehran. According to Ben Salman, “the Iranian regime did not respect the Japanese prime minister’s visit to Tehran, and while there he responded to his efforts to attack two tankers, one of them is Japanese.”

In light of the growing tension in the region, the crown prince clarified that the kingdom was not interested in war, but would not hesitate to face any threat to its citizens or the sovereignty of the state. He added that the Iranian attacks require the international community to take a firm stand.

Britain’s Foreign Minister Jeremy Hunt said on Monday that London believed Iran was “almost certainly” responsible for the attack last Thursday. The British Foreign Office issued a statement saying that “no other country or actor could have been reasonably responsible for the attack.” Earlier, the Iranian ISNA network reported that the British ambassador to Tehran had been summoned to talk following Hunt’s comments.

The United States also accused the Islamic Republic of attacking the tankers. US President Donald Trump rejected Tehran’s denials about its involvement in the incident, saying that “the pictures prove its responsibility.”

Iranian President Hassan Rowhani said in response to US accusations that “the actions of the United States are a serious threat to stability in the Middle East.” The Islamic Republic continues to shake off and claims that the timing of the latest attack – during the visit of the Japanese prime minister – is “suspicious.” In the past, Iran used mines against oil tankers as part of the tanker war with Iraq in the late 1980s.

According to an American source quoted on CNN last Friday, an Iranian vessel launched an air-to-air missile at an American drone in the Gulf of Oman a few hours before the tanker attack, saying the missile missed the unmanned aircraft and fell into the waters of the Gulf. The explosions in both the Norwegian and Japanese tankers, the American MQ-9, were observed by Iranian vessels approaching them. However, the cause did not say whether the same aircraft also saw the boats during an attack.

About a month ago, four oil tankers were hit in a similar incident. The United States and Saudi Arabia blamed Iran for the attack, but Tehran denied it. International researchers have said they believe the attack was carried out by a foreign country, which used divers on speedboats that laid the naval mines in the vessel but did not name Iran.