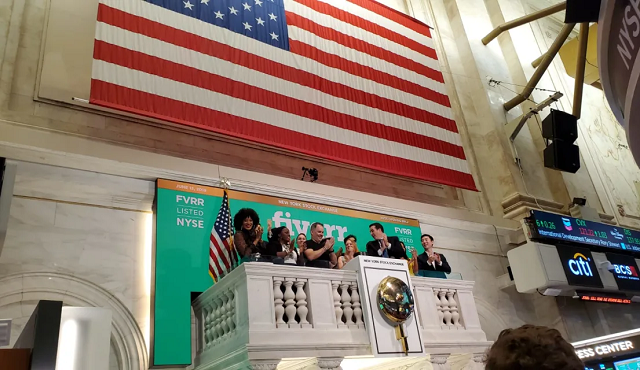 Fiverr has developed a trading arena to connect freelancers who perform digital works to customers around the world. Freelancers offer more than 200 categories of digital services across eight areas – graphics and design, digital marketing, writing and translation, video and animation, music and audio, programming, business, and lifestyle.

According to the company, in the nine years since its establishment, Fiverr has used 830,000 freelancers who have sold their services to more than 5.5 million buyers from 160 countries. And has passed through more than 50 million transactions (money transfers).

Fiverr’s shareholders’ equity at the end of March 2019 was $52.5 million and cash in the amount of $34.6 million. The company has raised $170 million since its inception. About $53 million of the sum was raised in November 2018, plus another $4 million in February – investments that Fiverr had not reported previously and which were disclosed in the prospectus. As of the end of March 2019, Fiverr had 363 employees.

The company was founded in 2010 by CEO Micha Kaufman, and Shay Vinegar, who left in 2014 to set up Lemonade, a startup for the insurance industry. At the beginning  Fiverr offered freelancers services for only $5. Since 2014, the company has provided free pricing for the services offered on its website, even as much as $10,000, but many service providers still set the minimum price, based on a transaction fee from the seller and service fees from the buyer.