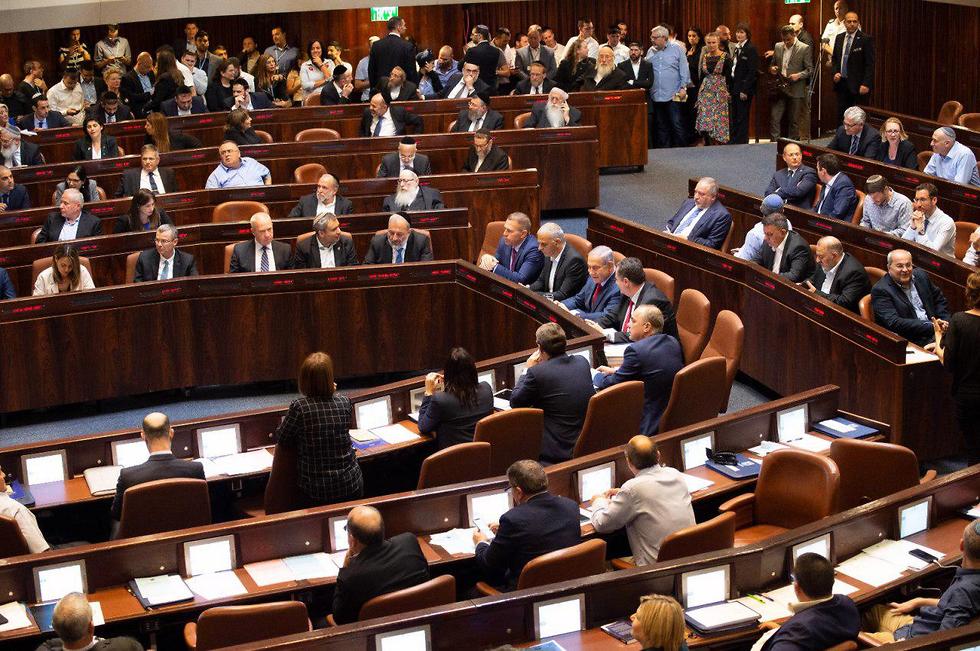 The Knesset voting to disperse after Benjamin Netanyahu failed to form a coalition, May 29, 2019 (Photo Yoav Dudkevitch)

Prime Minister Benjamin Netanyahu showed indifference and disregard when coming empty-handed to ask President Reuven Rivlin for an extension the period allocated to form a coalition – not to continue negotiations with his likely partners but start them.

A few more precious days passed, and he awoke as if from slumber to discover a great treasure in his hands. The treasure was a gift from Avigdor Liberman, whose condition for joining the coalition was that legislation to draft ultra-Orthodox men into the army must be untouched, not weakened as the religious parties demanded.

The spiritual leaders of the ultra-Orthodox parties refused.

Under normal circumstances, Netanyahu would have banged his fist on the table and explained the political reality to his ultra-Orthodox coalition partners: the alternative to a Netanyahu government was a Yair Lapid government. And that was the very last thing that their constituents would ever want.

Netanyahu also promised, off the record, that even if the draft law were – God forbid – approved by the Knesset, he would find a way around it for them. After all such things had already occurred in the past.

The legislation for recruiting yeshiva students into the IDF has been debated and discussed by a myriad of public committees, courts and the Knesset itself for decades. And even so, in all that time, the number of detainees for dodging the draft can be counted on the fingers of two hands.

For even without a draft law, the number of Haredi men enlisting in the IDF has tripled from 1,000 in 2010 to 3,200 this year, and the proposed law would not have improved on that, not even on a purely declarative level.

Netanyahu knew it, the spiritual leaders of the ultra-Orthodox parties knew it and so did Avigdor Liberman. Which surely brings us to the conclusion that if Netanyahu really wanted to, he could have formed a coalition government.

Netanyahu is no political rookie, and the reason for him not forming a government after the April 9 elections was that he simply did not want to.

Some will insist that the prime minister in fact went out of his way to build a coalition. He even went so far as to offer Labor leader Avi Gabby the world in return for his party joining the coalition. 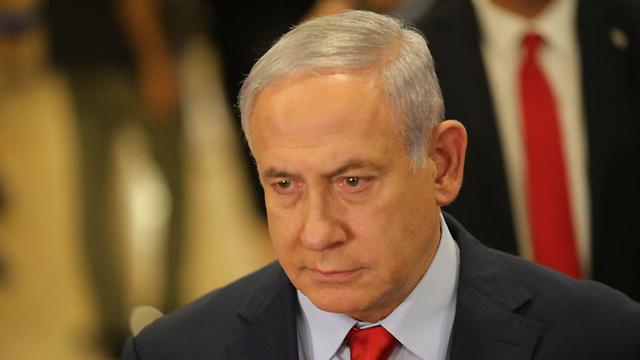 Benjamin Netanyahu addresses reporters after the May 29, 2019 vote to dissolve the Knesset and hold new elections (Photo Alex Kolomoisky)

Is not the fact that he couldn’t muster 61 MKs to support a government he headed conclusive evidence of his distress? Actually, I believe that this is in fact evidence of the contrary.

Netanyahu, a political fox, and master of disguise put on an act for Gabbay secure in the knowledge there was no chance of the Labor MKs sacrificing themselves to save his skin.

The prime minister dissembled, feigned and fooled the naïve Gabbay, just so that he could give the impression of a genuine attempt to form a government brought down to the wire. But this was a government he never had any intention of forming.

Netanyahu’s gamble was based on cold and calculated personal analysis. When the current Knesset was sworn in, he realized that his coalition partners were not exactly clamoring to pass legislation to ensure his immunity from prosecution. And even if they did agree, he could not afford the heavy diplomatic-economic-political price they would demand.

So, in order to pave the way for his immunity, Netanyahu and his inner circle calculated that he needed a larger Likud party, with at least 40 seats in the Knesset. And given the massive number of votes lost to right-wing parties that did not pass the threshold, a target of 43-42 seats in the next Knesset does not seem fantastical.

It is even less fantastical when one considers that the narrative of the September elections – unlike the April ones – will not be combatting corruption, but rather a personal dispute between two politicians with the same political agenda and who have both experienced years of police investigations. By refusing to join his coalition, Liberman threw Netanyahu a lifeline.

Do not let his downcast grimaces fool you; do not be tempted to feel his pain. Netanyahu is playing his own game – his inability to form a new coalition was not a failure, but success.

And we may soon be very sorry that he succeeded.