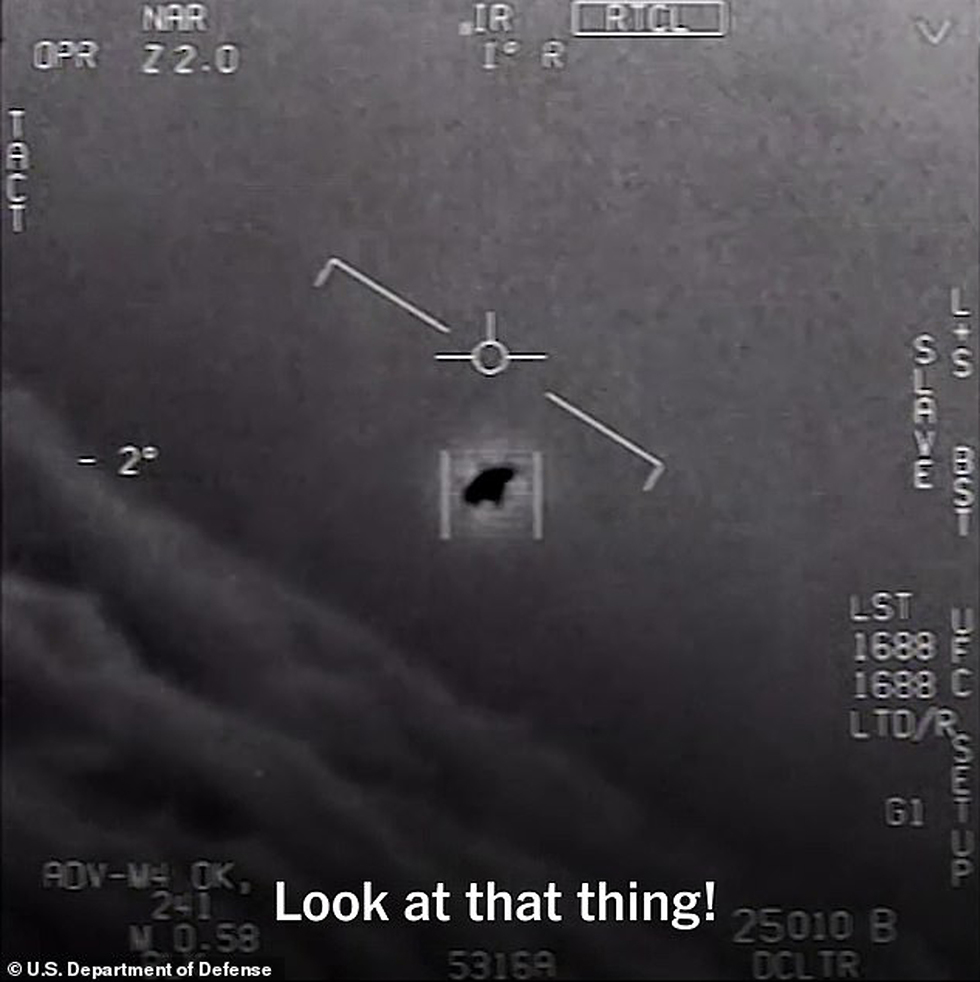 The New York Times reported this week that five US Navy pilots said identifying unidentified flying objects while training on the US East Coast in 2014 and -2015. One of them said that UFOs also were seen in the Persian Gulf.

According to the report, some pilots said they identified” strange objects without a visible motor,” flying at supersonic speeds of 30,000 feet. The New York Times article included a short video of two alleged meetings between the Navy pilots and those unidentified objects.

In the videos, which include radar data and voice recordings, the pilots are heard when they can not identify what is visible on the radar. One of them even said in amazement: “Wow, what was that?”

“These things were there all day,” Ryan Graves, an F-18 pilot with 10 years of experience in the US Navy, told the paper. “To keep a plane in the air requires a significant amount of energy, and as quickly as we have seen, 12 hours in the air is 11 hours longer than we expected.”

According to pilots, a fleet of UFOs tracked the aircraft carrier Roosevelt and its battle group for months in 2014 and approached 25 kilometers from the capital Washington. In March 2015, the aircraft carrier was in the Persian Gulf, and then Graves said, “UFOs are back in.” When I say it followed us, I do not mean a few planes, I mean – wherever we were – they were there. It could tell two things – either they were already there, or they followed us,” he said on the new six-part, one-hour limited documentary series “Unidentified: Inside America’s UFO Investigation,” premiering May 31 on the History Channel.

Josh Gardischer, a Navy spokesman, said the Navy had no answers to what Graves and others had seen in Virginia and Florida. “There were a few different reports,” the spokesman said, noting that some of the UFOs had turned out to be “commercial witches,” but in other cases, he added, “We do not know who did it. We do not have enough data to track it. ”

According to the New York Times, the Navy recently issued new classified guidelines for reports of “unexplained aerial phenomena.” The pilots, who reported such phenomena, “speculated that the objects are part of a very advanced and highly advanced program of drifters.” In another case, an F-18 pilot told Graves that he “nearly collided with one of them” and described him as “a bullet in a cube.”

Graves and the other pilots told the newspaper that “the video shows objects accelerating at supersonic speed, making sudden stops and sharp turns – something that goes beyond the physical abilities of a human team, speed does not kill you, but a sudden stop or acceleration.”

Another pilot, Danny Aquin, said he detected the presence of a flying object in the radar, the missile system, and the infrared camera, but could not see the object on the helmet camera, “I knew it was not a false identification, and I still could not see it with my eyes.” But neither he nor the Pentagon wanted to suggest what those objects are. “We’re here to do the job with honors, not to invent legends,” Aquin said.