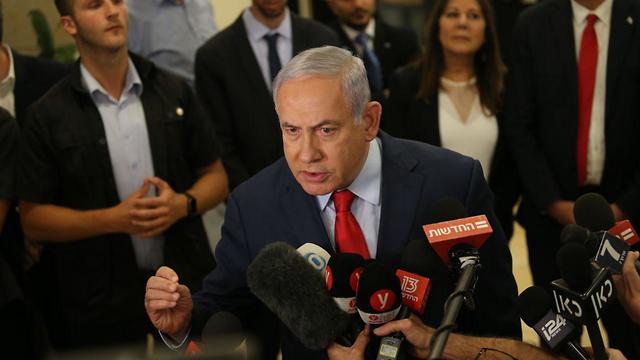 For the third time in a decade, Benjamin Netanyahu is leading the State of Israel into unnecessary elections. The first time was over Sheldon Adelson’s freebie pro-Netanyahu tabloid; the second time was over his legal woes; and third is because his “natural partners” turned him down. It turns out that natural partners do not come so naturally after all.

Israel has experienced many political crises in its 71 years. It has known political maneuvering – some more odorous, some less, political bribery – some more corrupt, some less, but what we saw in the Knesset on Wednesday night launched a new chapter in the disintegration of Israeli democracy. The newborn Knesset chose to commit suicide solely because of one man’s personal caprice.

Netanyahu didn’t want these elections. He knows the public will find it hard to swallow another round of voting now, as it will find it difficult to accept his failure to establish a government. On paper, however, he has a good chance of consolidating his power in repeat elections: The right lost 4-5 seats in April because of the high electoral threshold. He could feasibly win some of them back.

The root of the failure is Netanyahu’s decision on the eve of the 2015 elections to wed the right-wing to the ultra-Orthodox parties in an inescapable marriage. If he could have maneuvered between the right-wing and the center, the collapse should have been avoided.

Ironically, there is something admirable about the way Netanyahu has conducted himself in recent days. The man came out fighting. He has no inhibitions, no shame as he hawked out the precious assets of the Israeli government in a liquidation sale.

Shops offering low-low prices sometimes have a sign reading, “The boss has gone crazy!” And indeed, the boss has truly gone crazy.

On the one hand, this is utterly shocking; on the other, it is spectacular. The man is fighting for his power, his position, his freedom. Like a fly that refuses to drown in cream, Netanyahu kicked his legs more and more until the cream became butter.

I walked around the Knesset on Wednesday, as we inched closer and closer to the inevitable vote. These days, it’s not a place one would recommend to anyone with a sensitive moral stomach. Likud ministers sat for hours in the cafeteria, watching events unfold on their cell phone, in real time. Ultimately, they had no idea what was going on, and they were happy in their ignorance.

The Likud lawmakers carry out whatever orders are issued from Netanyahu’s perch on Balfour Street. Ambitious politicians with healthy egos wore their ineffectuality and irrelevance with relish.

In politics, there is but one cure for a sense of nihilistic vapidity and that is cynicism. Instead of asking themselves what is worthy, what would benefit their electorate and the state, they told jokes about the proposals Labor leader Avi Gabbay received from Netanyahu.

Israeli politics is sick, and Netanyahu is the last person to act as a physician.

In this article:Finance, Elections, Elections in Israel