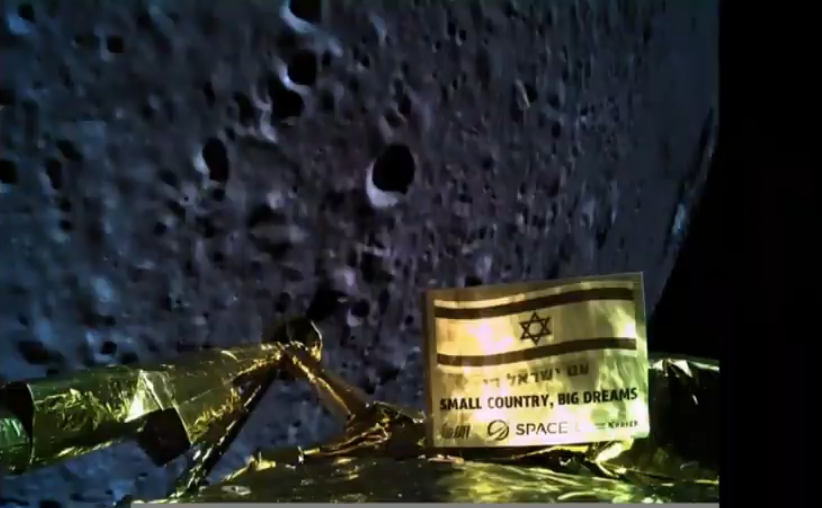 Beresheet (Genesis), the first Israeli spacecraft, did reach the Moon at 22:25 on the moon, but it fell free and crashed – and did not complete its mission.

During the landing, a Salafi image of the spacecraft and the moon was taken. Before the landing, Prime Minister Benjamin Netanyahu, his wife Sara and his son Yair arrived at the control room. After the great disappointment, he said: “We have reached the moon, but we will try again, we will want next time to land comfortably, the very attempt is a tremendous achievement.” “We had huge pride and a huge tragedy when Ilan Ramon was killed in space, today it’s pride and joy, an Israeli spaceship is about to reach the moon, and I hope it will land successfully,” Netanyahu said.

President Reuven Rivlin, speaking from the President’s Residence, told the crying children that they had hoped to see history: “Sometimes there are disappointments, but they are dwarfed by the tremendous achievement. We did not need so much money because we have wonderful people. ”

There had been a celebration in the control room the previous hour, and great excitement. Morris Kahn, who donated $40 million to the project, told Ynet before landing that it did not work out: “It’s a very complicated project, bringing it to the place we brought it – that were floating around the moon – that’s a huge achievement. Space was the new front, we have to be there and we are already there. ”

“We have a fantastic feeling, we did not dream that it would reach the dimensions it reached,” says Kahn, “and from all over the world we feel support, which will give us a feeling of pride in Israel and all the Jews in the world.” Dr. Ido Antebi, CEO of SpaceIL, said before landing: “There is an Israeli pride here, an amazing group of engineers who have achieved an amazing achievement.”

“The sky is no longer the limit,” IAI chairman Harel Locker said at the start of the countdown: “For all the children who watch us, you have to understand that the most important thing is to dream and dare. everything is possible. There is no limit to man’s ability, and we are proving it here tonight. ”

The Israeli spacecraft was launched into space on February 22. In order to save fuel, it moved for 48 days in elliptic orbits in space. Last Thursday she was trapped by the moon’s gravity and since then she has surrounded it. In the past few days, the moon’s lunar cycle has lasted two hours. Before the landing, the spacecraft will turn the engine again in a direction opposite to its flight, almost to a halt. Since it is close to the Moon, it will actually start a free fall from about five meters, but the fall will not be straight down, but rather from the inertia of the spacecraft.