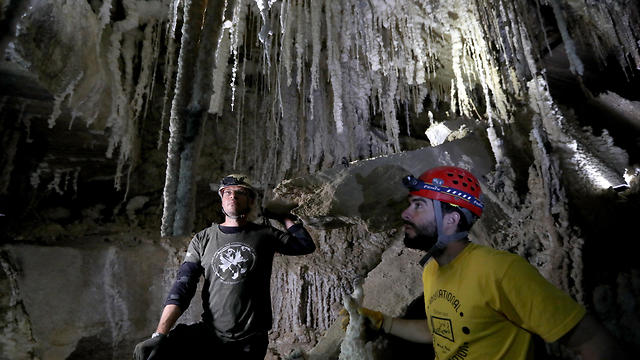 Israeli and European cave explorers have finished measuring the longest salt cave in Israel, located at the southern Dead Sea, and found it to be at least 10 km long – world’s longest salt cave. Up until now, the title was held by Iran’s 6.5 kilometers long cave of the Three Nudes (3N) on Qeshm Island.

Now, an international expedition led by the Hebrew University of Jerusalem (HU)’s Cave Research Center (CRC), Israel Cave Explorers Club, and Bulgaria’s Sofia Speleo Club, along with 80 cavers from nine countries, has successfully mapped the Malham salt cave in the Dead Sea’s Mount Sedom, where the biblical recounting of Lot’s Wife who was turned into a pillar of salt.

The salt caves are unique natural phenomena that exist in the regen for decades. Israel’s Mount Sedom, an 11km long mountain that sits 170 meters
below sea level at the southwestern tip of the Dead Sea. Underneath a thin layer of cap rock, this mountain is made entirely of salt (just like the kind we season our food with). 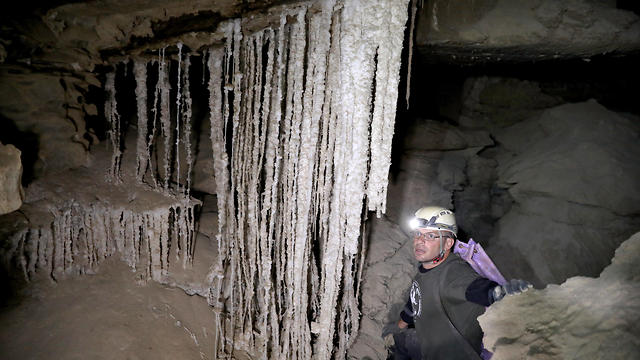 No less than 150 caves that descend into the depths of the salt rocks are known in the southern corner of the Dead Sea.

The caves were studied in the 1980s by Prof. Amos Frumkin at the Hebrew University. The discovery of the Malam cave presented the intensity of the phenomenon at a global level, since the rest of the salt caves that were known then in the world were only hundreds of meters long. But in 2006 the cave lost its title. It was then reported that a longer cave, the 3N Cave in Iran, was found about 6.5 kilometers long.

Salt caves are living things, geologically speaking. They form mostly in desert regions with salt outcrops, such as Chile’s Atacama Desert, Iran’s Qeshm Island and Israel’s Dead Sea. What helps them form is water—even arid climates see the occasional rainstorm. When it does rain, water rushes down cracks in the surface, dissolving salt and creating semi-horizontal channels along the way. After all the rainwater drains out, these dried out “river beds” remain and salt caves are formed.

In the past two years, the Israeli cave has been re-measured by the international researchers which led to a new result. It was found that the total length of the cave is about 10 km, with other parts that have not yet been mapped. 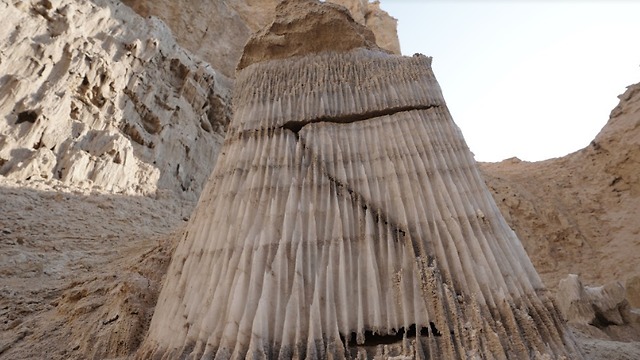 “Over the past 30 years, we have worked with measuring tapes, compass and micrometers, and today the mapping teams are working with a laser range meter that broadcasts directly to the tablet,” Prof. Frumkin told Ynet News. More than the others, which more faithfully demonstrates the intensity of the phenomenon, and the difficult openings that lead to upper levels have not yet been fully examined by us, and their examination in the current work has led to parts that were not previously known.

Professor Frumkin also referred to the age of the cave: “We extended the cave with the help of carbon 14 and we know that it was 7,000 years old, and the rate of development of the tunnels in the salt bed is the fastest due to salt solubility.”

Boaz Langford, Member of HU’s Cave Research Center and head of the 2019 Malham Cave Mapping Expedition: “Israel’s salt caves are a global phenomenon. My colleagues around the world are always amazed at what we find here. Returning to survey Malham Cave allowed us to reveal its full dimensions and rank Israel as first among the world’s longest salt caves.” 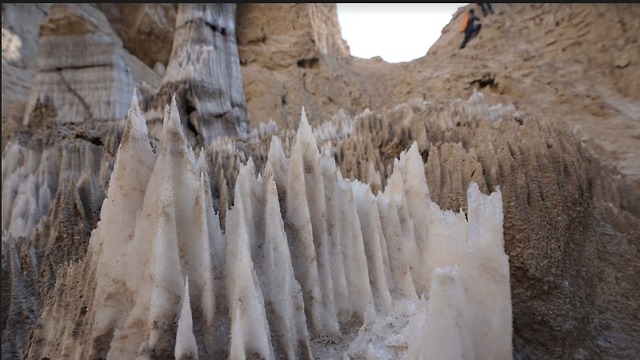 Yoav Negev, Chairman, Israel Cave Explorers Club and project leader of the Malham Cave Mapping Expedition: “This entire project began with a call to Antoniya Vlaykova at Bulgaria’s Sofia Caving Club, Speleo School. From the very beginning, they showed real interest in collaborating with us and in taking on a central role in the project. Soon we had a 50-member delegation—half international, half Israeli. The Malham Cave is a one of kind expedition that demonstrated the power of international caving delegations coming together to achieve something remarkable. The fact that we came away with a new world record is icing on the cake.”

Efraim Cohen, Member of HU’s Cave Research Center: “Mapping Malham Cave took hard work. We cavers worked 10-hour days underground, crawling through icy salt channels, narrowly avoiding salt stalactites and draw-dropping salt crystals. Down there it felt like another planet.
Our next and final step is to map the tightest spots and the most difficult ones to reach. When we’re all done, it’s likely we’ll add a few hundred meters to Malham’s impressive 10-kilometer length.”

The cave is not regulated for visits by the general public, and every entry requires an escort from Ma’aran, who knows the cave.