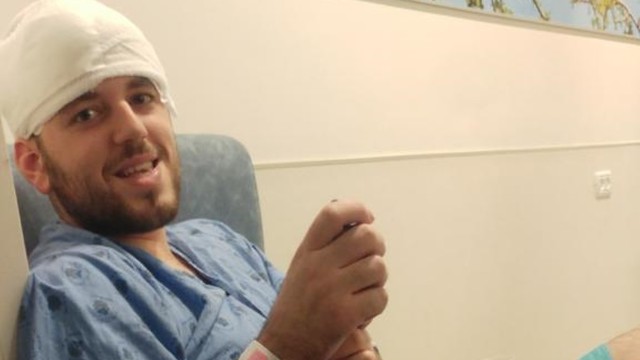 Epilepsy has accompanied 23-year-old Peleg Hadar of Tel Aviv for more than half his life. From his youth, suffers paralyzing seizures, which completely disrupted his life. Drug therapy, which had serious side effects, did not stop those seizures.

“Seizures occurred most of the night,” he says, “they could show up almost daily, and seizures have a huge impact on quality of life – more than the seizure time, epileptic patients suffer from the need to live under the constant stress of the next attack. As long as I was sick, I could not spend much time with friends and I never went on an annual trip” Peleg says, “life with epilepsy was not simple: I did not believe the disease would simply disappear.”

Adapted to life without disease
In May of last year, Peleg underwent an innovative procedure at Ichilov Hospital in Tel Aviv. The severe seizures of epilepsy disappeared magically. Since then, the young man who was the fourth patient in the country who underwent the procedure has not experienced a single attack.

“I am basically free of the constant fear of the next attack,” Peleg says, “I am getting up early in the morning and knowing that there was no event at night. I recently applied to get my driver’s license back and am gradually adjusting to life without the disease. Now I have a lot more peace of mind. ”

Peleg, who works in information security, was diagnosed with epilepsy at the age of 12. He underwent a long series of tests after one morning he found himself lying on the floor beside his bed with a large hemorrhage in his eye. “It was quite frightening,” Peleg recalls, “we did not know what to attribute the event, and I went through three neurologists until we diagnosed the disease.” 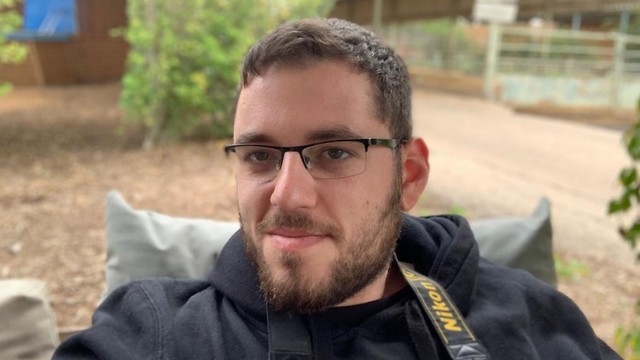 Suffer from the seizures and the symptoms before
Epilepsy patients, according to Peleg, do not only suffer from seizures: “Usually a seizure is preceded by a phenomenon called aura, which is characterized by a feeling of numbness in the head, confusion, and stagnation, memory loss, blurred vision, and unresolved seizures.

“I would wake up in the middle of the night confused, I lived in constant fear of the next attack, and I often wake up in the morning and find myself on the floor with no idea what happened during the night.

After his induction into the IDF, Peleg’s frequency of attacks increased: “My friends in the officers’ course would wake up in the middle of the night because of the creaking of the military bed. They would hear me twitch and put a pillow under my head so I would not injure myself. ”

Peleg was evacuated to a hospital following one of the attacks. After his hospitalization, the brigade medical officer decided to release him from the IDF.

“Towards the end of my service, I started treating Ichilov’s epilepsy clinic, and when they saw that the drugs were not able to balance my condition, they offered me laser beam treatment,” he recalls. 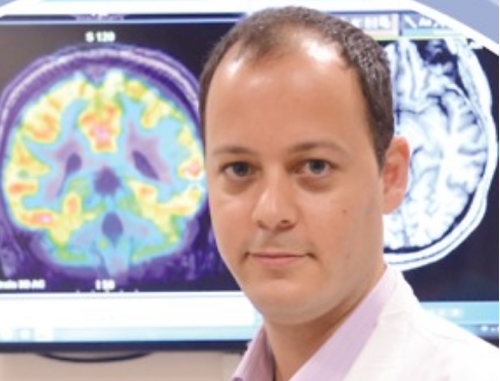 Dr. Firas Fahum, director of the hospital’s epilepsy unit, explains that epilepsy is classified as twofold: epilepsy and generalized epilepsy. “Epilepsy is a common name for a variety of neurological problems that are common to the electrical disruption of the brain.” An epileptic seizure is a burst of abnormal electrical activity of the brain that disrupts its function,” the doctor notes.” Epilepsy is characterized by a specific focal point in the brain that initiates the events. In general, there is no single focal point that causes the disease. ”

The doctor explains that general epilepsy is usually caused by a genetic predisposition, whereas angioplasty has various causes – head trauma, stroke, structural changes in the brain, infections, and inflammation in the penis. “In fact, every scar in the brain tissue can be an epileptic focus,” Dr. Fahum describes.

“The treatment of general epilepsy is drug therapy,” the doctor adds, “the effectiveness of the drugs for epilepsy is about 70 percent, and 30 percent of patients continue to have the disease despite the treatment.”

According to Dr. Fahum, epilepsy patients suffer not only from the attacks themselves but also from physiological phenomena that appear before and after. “Patients also suffer from the stress associated with the constant threat of attack and stigmatization that society has wrongly infected. In the past, they could not say what caused the seizures and mistakenly attributed the disease to the realm of the psyche, “he says. 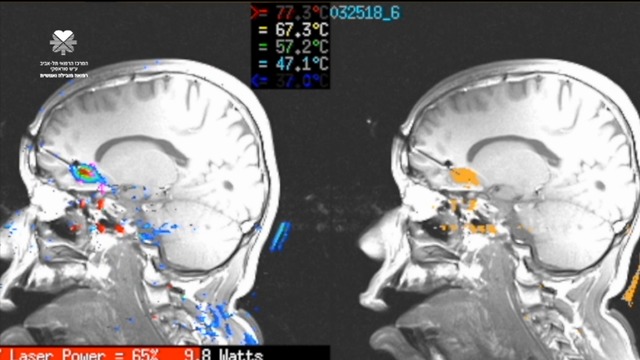 Until recently, patients with nonsteroidal epilepsy had a treatment of epileptic focus removal in surgery. Dr. Fahum explains that the procedure of the burning the focus with the laser beam has many advantages over surgical treatment: “Removing the focus with a knife requires opening the skull and exposing the brain.

At the end of the catheter, there is a laser beam that burns the focus at 60 degrees F. Cutting a small incision in the patient’s forehead and two days after the procedure he is already discharged home, is a significantly less invasive procedure.”

The doctor describes the procedure as not suitable for every patient. “Laser focal burning is suitable only for those who have a relatively small epileptic focal point, and the focus should not be near areas of the brain that are responsible for important functions.”

In order to locate Peleg’s epileptic focus, 80 electrodes were inserted into his brain that monitored his brain activity for 10 days. During monitoring, the dosage of drugs is reduced to encourage seizures. Dr. Ido Strauss, Prof. Yitzhak Fried, and Dr. Orna Eisenstein performed the recording procedure. 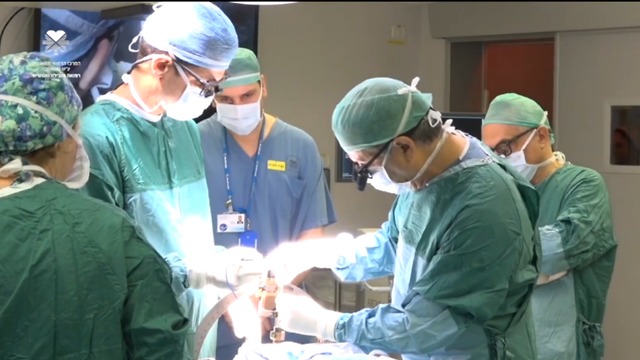 When Peleg recovered from the procedure, he discovered that his seizures had disappeared. “For 10 months I had no seizure,” he says. “It has improved my quality of life. I’m no longer afraid of the next attack. I am revealing my personal story so that other patients will know the procedure,” he said on the occasion of the awareness day for the disease, which is being marked globally on Tuesday.

“There is no doubt that this is a case that provides great professional satisfaction,” concludes Dr. Fahum.

In this article:Health, Finance, epilepsy