His grandfather is one of the most famous people in world history, who inspired freedom and civil rights movements across the world. Dr. Arun Gandhi followed in his grandfather’s footsteps by advocating the concept of “non-violence,” sometimes perhaps crossing the line of what is seemingly acceptable, by suggesting that Israelis talk too much about the Holocaust.

The book, written by the 84-year-old sociopolitical activist, describing his time living with his grandfather in India for two years between the years 1946-48, has recently been translated into Hebrew, bringing Dr. Ghandi for a visit to the Jewish state for the first time in his life. The book talks about 11 most important lessons of his life, intertwined with personal stories about his time with his revered grandfather.

In an exclusive interview to Ynetnews ahead of his lecture at Habima Theater in Tel Aviv, Dr. Gandhi does not attempt to distance himself from any of his controversial comments, but rather tries to provide an explanation as to what guided him to make the controversial remarks.

He believes that focusing on the Holocaust prevents the Jewish people from moving forward and there are no cultures in the world worth sharing.

What draws you to Israel? This is your first time here, what impressions have you formed so far?

I am drawn to any country by the people. If they invite me, I go, because I feel I have an important legacy that has made a difference in my life and when people invite me I assume they are interested in learning about that legacy.

So I go wherever I am invited to plant the seeds of harmony and non-violence. I am not interested in a country as a country only in people as fellow human beings.

Your book about your relationship with your grandfather has just been translated into Hebrew. What message do you want your Israeli readers to take away from the book?

I wrote the book reluctantly because I did not think anyone would be interested in my childhood lessons. But obviously I was wrong because it has been translated into more than 30 languages.

It means people have found something that resonates with them. As a writer, I would want readers to absorb every lesson that I have shared, but readers have their own minds and they absorb what they find important to them.

Some may not find anything worthwhile and regret having spent the money to buy the book. I understand everyone has a right to their beliefs and values. 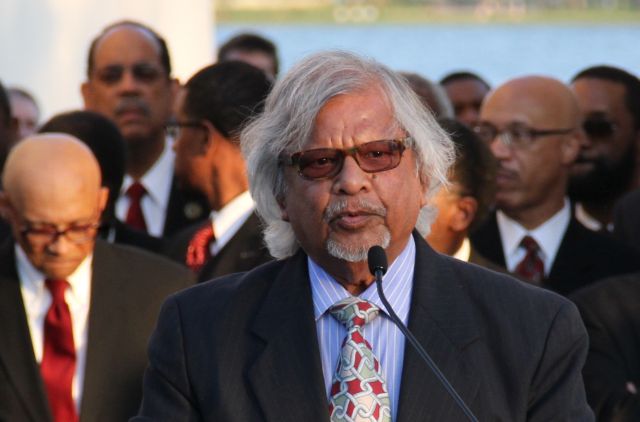 You have previously taken a pro-Palestinian stance on the Middle East conflict and been very critical of Israel. Why should Israelis take your message to heart when you appear to be starting from a biased perspective?

I would like to answer this with a true story. For 75 years I lived in rented apartments and felt free to move around at will. I did not have a home that rooted me to any particular place. So, home was wherever I was.

Then, the capitalist system forced me to buy a home, that led to me being rooted, I finally have a home that I have to protect and preserve. Every day when I come home, I feel happy because it is a peaceful neighborhood, everyone is friendly and supportive.

I have no fear and no one who hates me. It is not because of who I am, but because 170 other families in the neighborhood live with the same feeling of peace and fearlessness.

This has happened only because all of us know it is our individual and collective responsibility to create the right atmosphere where we can all be happy. If this is true of neighborhoods, it is true of nations too. History shows that Palestinians and Israelis lived happily together on the same piece of land. So why not now?

I believe the Old Testament says: what you gain by the sword, you have to retain by the sword (I am paraphrasing here). History of the past 70-odd years shows that the conflict has only become more and more vicious.

So, peace is not going to come to the region by killing each other but by speaking to each other with respect, understanding, acceptance and appreciation. Who takes the initiative in this process depends on who considers him or herself to be progressive, peace-loving and civilized.

You also once said that Israelis talk too much about the Holocaust. What led you to make this statement and have you changed your stance since then?

Let me use another analogy to explain this issue. If one drives a car with eyes fixed on the rear view mirror, it is going to lead to a catastrophic crash. Similarly, if a nation is obsessed with what has happened in history they cannot create a future.

History of the human race is replete with incidents of atrocities, wars and killings and we are not able to create a civilization of human dignity. We have created rich countries and we mistake material wealth with civilization. Ideally, a civilization is where humanity is appreciated, dignity is preserved and harmony is ensured.

What could India learn from Israel in terms of culture and industry, and vice versa?

Except for industrial progress and materialism, there is nothing any country can teach the other.

Where basic harmony, unity, respect, understanding, appreciation and compassion have become irrelevant there is no culture worth sharing.

Because of our narrow nationalism generating hate and prejudice for each other, the only culture we believe in is the culture of violence. Which we proudly share with each other anyway. It makes us powerful, arrogant and disrespectful.

How does your message of peace impact on your life on a daily basis?

Move and you will be stung to death; remain motionless and your existence becomes ineffective.

Dr. Gandhi’s lecture will take place March 28, 2019, at the Habima Theater in Tel Aviv, where he will talk about his best-selling book The Gift of Anger: And Other Lessons From My Grandfather Mahatma Gandhi.