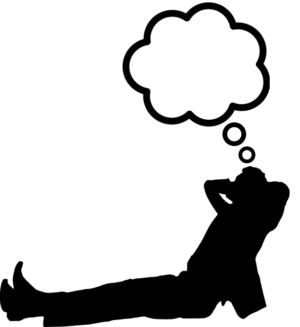 Howard Schultz announces his plan to run for President. Starbuck’s has $5.450 billion in equity and over 238,000 employees (most of whom can vote). And with about 30,000 stores worldwide and no ties to Vladimir Putin that we know of, we have to take his candidacy serious. And much more serious than that of a janitor of one of Trump’s buildings. Are there no more haberdashers from Missouri like Harry Truman?
In thinking about the wealth of Americans we should learn more from history. Remember when it was about to be rich as Rockefeller? And I learned that Frank Sinatra would give room service tips of $50 for the delivery of a bucket of ice.

Ora, an old Israeli friend from the 1980s, told me that Shaq O’Neal had once given her son a $100 tip in a restaurant in Los Angeles. That tip was quite a story as Shaq wanted fast service and asked the young man what his largest tip had been. He spoke honestly when he said that the tip had been $100, but he did not tell Shaq that it was his mother who gave him the tip. Donald Trump gave an undocumented woman a $100 tip or bonus one day, but that’s another story about hiring undocumented immigrants against the laws of the United States.

Here is the $64,000 question. The relative wealth comparable to in 1946 to all these American companies was in the hands of one company before and during World War II and that company was? U.S. Steel, General Motors, Standard Oil of New Jersey, Douglas Aircraft, Dupont, Sun Shipbuilding,
Westinghouse. A T&T, IBM, U.S. Rubber, Sea Island Sugar, Dole Pineapple, US Lines, National City Bank, Metropolitan Life Insurance, and Woolworth Stores.

I do want to tell that for decades now it has been my opinion that if the Supreme Court in 1911 had not ordered the breakup of Standard Oil, Rockefeller could have gone on to own much more than was cited in the last paragraph. I believe that he could have gone on to own almost everything in the United States. He was known for being ruthless. As airplanes were developed, he could have even owned all the airports. Think about it as we live in a century when 1% of the people own much of the United States and the government of our nation.

What was the name of the family holding company that had acquired incredible wealth and industry? And exploited its workers and the people. This company set an example that even led to war in its time. In 1946 it was written that this company and that “The world had never seen a counterpart to so abnormal an economic system.” Those words were the words of General Douglas MacArthur and the company was Mitsubishi. Ten Japanese industrialists the country.

Today we know Jiu-Jitsu so well, but nobody ever taught us about the zaibatsu which dominated life in Japan.
Now we can turn to the Schultz Family. Howard Schultz calls himself a centrist-independent and he was on 60 Minutes recently. No Elizabeth Warren or Kamala Harris on the progressive side nor Trump again, he concludes. His focus is really on the battleground states. He says that the American people want change and the government is not working and he has done some good things at Starbuck’s, but he now counts on the thousands of voices that have reached out to him.

The $21 trillion debt he calls “a reckless, immoral, abandonment of leadership.” And Trump with a stroke of the pen just added almost $1 trillion to the national debt over his tax cut.

The $21 trillion debt is something that we are stuck with and a Schultz Administration will be stuck with that and the interest. The bankruptcy that follows too much borrowing often leads to one thing. Austerity and that austerity usually falls heavily on the working class. And I knew how much a box of cheerios costs, because I go shopping.

Schultz came from the housing projects, Joel Klein as Chancellor of the NYC Department of Education, too, and so did I. Joel Klein made lots of bad mistakes as chancellor for Michael Bloomberg. Here is an example that is still being discussed in New York City today in the New York Post.

I learned about credit recovery for students around 2006 and I wondered about it then, but here is Mayor Bill de Blasio taking a hit for credit recovery with no mention of Bloomberg by the editors of the New York Post. That is unfair.

Amending ObamaCare was brought up and we looked for solutions and Schultz was talking about a mandate from the people. He says that we bring in smarter people than he is to fix ObamaCare. That is where he is way off. As a man running for POTUS, he should have found out some of the solutions needed to fix ObamaCare. He was opposed to the Trump tax cut and so was I, but unions are badly needed across the United States now. And he naturally opposes unions. And he is against socialism. And there was no follow up, but maybe in the next broadcast he will explain what is wrong with socialism.

According to a story about fighting for the boxing heavyweight championship, Jim Brown met Muhammad Ali and Muhammad had heard that Brown wanted to fight Ali for the title. I just found the information right now on the internet. And I earlier watched a video of Brown telling how he was going to manage Wilt Chamberlain who was talked about as an opponent for Ali and Brown felt it was insane for him to fight the Champ, but he did not state that it was insane for Wilt to do it. Whether the meeting that took place in London between Ali and Brown ever happened, I do not know, but the point of it all is for Schultz to reconsider because he really does not know what he is getting into.

Ronald Reagan never took his jacket off in the Oval Office for eight years, Schultz says. In the best tradition of Jackie Mason who spoke when I told him that we were from the Cherry Street area where he lived, I say this. So what!

And when Schutz talks about the lack of health care when his father lost his job and had no health care, he says that every American should have affordable health care. But also with a union protecting his father, his father never would have been fired. That’s what friends are for! I went to a union doctor until I was a grown up and it had nothing to do with growing up in the projects.

And doing more research, I found lots of wonderful things about the Schultz Family Foundation that the public could have learned about. Given the nature of this cold spell that has hit much of the United States, it is important to fight homelessness and that is what the Family Foundation does, but to think that Big Government cannot do that is wrong. The Family Foundation also helps youth to find jobs and it helps veterans. I could certainly suggest ways to improve things.

People should not have to depend on donations and I remind you that the temperature in Chicago was just -35 degrees Fahrenheit and in North Dakota that temperature fell to -77. Cities did their best to help homeless people. And in Chicago it was just reported that the shelters are full and there are people outside fighting to survive. More is needed.

Both Schultz and Bloomberg should keep out of the presidential race. They can make suggestions from the sidelines. Bloomberg tried to reduce poverty and really did not succeed and you see the criticism of the New York Post about the continuation of failure in the schools. Schultz probably could make a good Secretary of HUD or Housing and Urban Development, but he would have to learn a lot more about helping all youth and not just those who succeed in getting the job. He could learn more about the desperation of people that way.

Here is Howard Schultz on 60 Minutes and I cannot fault his answers due the structure of the program and the questions asked.
Breaking news in Donald Trump’s drug war. At a port of entry in Arizona, the largest bust of fentanyl was just made as 254 pounds were hidden under cucumbers with 395 pounds of methamphetamine. You would think that Trump would mention that the 18-wheeler was trying to get through that port of entry? I must be dreaming.