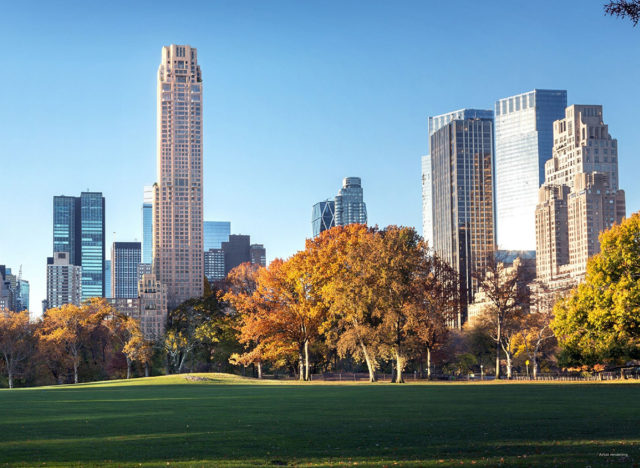 Kenneth Griffin (50), a billionaire who founded hedge fund Citadel, purchased a penthouse at architect Robert A.M. Stern’s 220 Central Park South in New York City for $238 million. According to the Wall Street Journal, this is an all-time American record for a residential property.

Griffin, whose fortune is estimated at $8.7 billion, and his personal spokesman confirmed the sale of the prestigious property – still under construction but is nearing completion – in the heart of Manhattan.

The unfurnished penthouse spreads across floors 50 through 53, a 24,000-square-foot, is a combination of two separate units. Amenities at the south tower, include private dining and entertaining spaces, spa, library, a fitness center, basketball court, and parking.

The imaginary amount sold in the penthouse broke the previous US record set in 2014 by Michael Dell, the founder of Dell Technologies after buying a duplex $101 million.

This is not the first time Griffin has been buying apartments at high prices and breaking records. Just last year he bought a few floors of a building in Chicago for $58.75 million, and then broke another record, “more modest”: the highest price purchased in Chicago.

In 2015 he bought a penthouse in Miami for $60 million, and even then – you guessed it – he broke the local record. Griffin, originally from Florida, began his financial career at the age of 19, from his dormitory room at Harvard. In early 2014, he donated $150 million to the university he attended.

In this article:Finance, real estate in New York