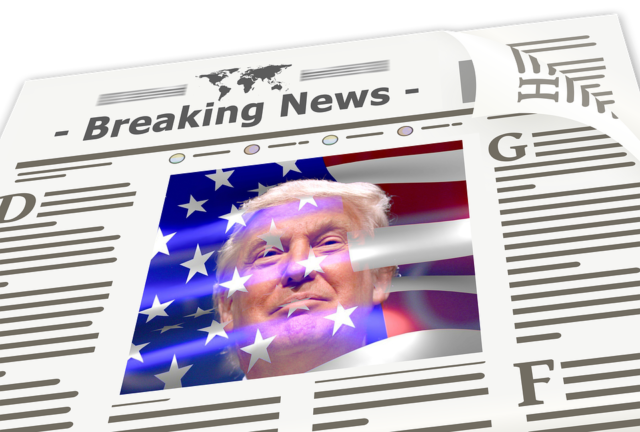 Here is something about crime for Americans to think about and how it is related to leadership. Here are real statistics.

Everyone steals from everyone else

Selling cigarettes on the streets, a black market to make a living

Men having feelings of inferiority

What do you think about that? I will return to that later, but think about who this was happening to.

Here in America anti-Semitism in on the rise, but we see our nation’s youth (some of them) participating in anti-Semitic activities. There was the Baraboo incident and I reached out to Baraboo. There were postings on the internet, including the Minnesota posting this week. There was an adult who shouted “Heil Hitler” while watching Fiddler on the Roof in Baltimore. There was the Massacre in Pittsburgh.

Change is about good schooling and parenting, good leadership, and being careful about rhetoric. Donald Trump is one of the most toxic presidents in American history.

The leadership in Baraboo, Wisconsin, in my opinion, made some mistakes from the beginning that helped blowup the incident and it probably was done without realizing that. This community did some amazing things to bring people together, but from those initial statements, people felt that all of the students in the photo were doing the Nazi salute.

Back in my time, the small incident of a couple of students doing something in front of staff would have remained right there in the hallway, in the classroom, or even on the steps of that building where the photographer shot the photo in Baraboo. Today things go viral that should not, including other political things that I don’t have enough space to write about here.

The Minnesota student incident has to be dealt with, because there was no doubt about what took place there. And it is probable that those students have been empowered by all of the above or by things that have been going on. Here is one example of what has happened in Minnesota that made the news. A poster on the street that details hate by The Stormer. Sound familiar?

Things were worse and different in the old days. The internet, again I repeat, makes things go viral and perhaps many of the things that we commonly enjoyed would not go over too well today. Watch the video and decide.

Then we have the leadership of Jewish organizations in America where things are problematic. Take, for example, the Zionist Organization of America stating in a massive email effort that the man arrested for the Pittsburgh Massacre that “Tragically, a Trump-hating antisemite murdered 11 Jews while they were praying in a Pittsburgh shul.” This clearly takes Trump out of focus. Then days later, the Jewish publication Algemeiner printed the comments of French Jew Bernard-Henri Lévy who said, “Antisemitism is back. Everywhere. Openly,” Lévy said, as he reflected on a year that saw numerous instances of deadly antisemitic acts, among them the murder last March of Mireille Knoll, an 85-year-old Holocaust survivor living alone in Paris, and the slaughter by a neo-Nazi gunman of 11 Jewish worshipers at the Tree of Life synagogue in Pittsburgh at the end of October.”

Before leaving the subject of anti-Semitism, I am appalled about some things coming from people like Marc Lamont Hill and Tamika Mallory. I can maintain my own distance from Minister Louis Farrakhan and I think that in may ways he has failed the African-American community, especially since the Million Man March. Dr. King was the true leader to follow, but what I would expect from Hill and Mallory is to look more deeply into the history of African-Americans and their own experience during the Holocaust in Germany. And when a Black woman in Germany writes that her grandfather would have shot her, everyone should listen and learn on campuses everywhere. There were Muslims that did a lot to save Jews during the Holocaust, but Palestinian leadership wanted to kill the Jews. Our chronicles and African-American chronicles are much more closely linked and the color of one’s skin (Black or Brown) should not be a major determining factor.

The Holocaust and Black Lives Matter

Oh I forgot! That city mentioned in the beginning of this article was considered the most dangerous city or crime capital of the world. Chicago, Detroit, Washington, D.C., Chicago, or Philadelphia? The residents were not Black and the city was Berlin, Germany in 1946.

Germany and Austria were both in denial about what had just taken place in World War II. The Germans under those difficult post-war conditions went from feeling superior to feeling inferior. And some or much of that crash was the result of being treated as inferior by American military leadership and the decisions of the American government, which was taking on a new leadership role in the world.

Trump and Puerto Rico and now his “illegal” attempt to prevent funds for Puerto Rico is a tribute to the man. He is toxic. That same kind of thinking prevented help for the Irish during the potato famine and it hurt the recovery of Germany after World War II.

And it wasn’t just people in Washington, D.C. that made things bad for the Germans. Lucky Strikes cost American soldiers $1.00 and people were paying $100 on the Black Market. Illegal trade resembled closely neighborhoods such as Alphabet City in New York where the drug trade affected almost everyone.

The Holocaust Chronicles: Not Fake News

The United States military was shipping more goods to troops in Berlin than it shipped to our troops in the entire world. A couple of cartons of cigarettes could buy a piano. Mickey Mouse watches ($3.95) sold for $500. Cameras that cost about $15.00 sold for as much as $1,000. And the German people were starving and homeless. Our soldiers were taking great advantage of the situation.

In Germany, in 1946 nearly a hundred thousand babies were born to unwed mothers which accounted for one-third of the babies (a three-fold increase from 1945). Among Americans soldiers 250 out of every thousand soldiers had gonorrhea. So as the saying went at that time, “VD followed VE (or Victory in Europe).

And that’s not all.

I can understand the intense hate taking place, but the world had learned nothing from the Spanish Civil War that had taken place years earlier between Republicans, Fascists, Communists, and others. People who were “suspected” were often treated no better than those who were culpable.
Jews obviously were on both sides of the fence, either seeking revenge or trying to make sure that what happened to Jews would not happen to Germans. There was malnutrition, disease, and death all over once again in Europe and the Allies were slow to react.

Finally realizing that Germany would probably never recover and the world would lose a trade partner were probably much more convincing to people in government. But things were dangerous for everyone.

Keep this in mind also. The Germans and the Austrians did not accept blame for a long, long time and refused to watch mandated documentaries of the war years and the Holocaust. At this very moment, tens of millions of Americans would rather place blame on the Democrats than on a man who probably should have resigned long ago. His four-year term and what we call a person is innocent until proven guilty maintain his stature, but he is toxic.

At this moment we have learned that hundreds of immigrants have tunneled under the wall. That there really is no evidence that shows that the wall works in spite of people that Trump has chosen to speak to the American people. Most of the drug smugglers are Americans too. And please watch and listen to Neil Diamond sing Coming to America in the second part.

Mitch Mc Connell has blocked the vote in the Senate after Congress passed plans to reopen the government and that was wrong. I should remind everyone that Harry Truman was not expected to vote for the State of Israel, but he was finally convinced to do it. O’Connell was wrong and the public should hold him in contempt as well as holding Trump in contempt.

The Make America Great Again brand found itself in the midst of an incident in Washington, D.C. which you see here. Do you think that this is the new normal?

Then we find out that there were more families separated at the border. Trump leaked information about Nancy Pelosi’s trip and flight. The White House now knows not to expect a great year of economic growth in 2019. North Korea with all the talk about the progress that Trump is making appears to be advancing its nuclear capacity, according to sources. And in California, it has been revealed that uninsulated conductors caused the horrible fires and not Trump’s falling leaves that were not collected.

We have to watch new people in Congress and what they are doing. The same thing that I wrote about Marc Lamont Hill and Tamika Mallory applies to some of them. John F. Kennedy had a close eye on Lyndon B. Johnson and did not approve Johnson’s request to visit Poland. Kennedy expected Johnson to mess up. And there are others in Congress that are not really on the same page as I am on the wall. It will be Carlito’s Wall and not Trump’s Wall.

Read 1946: The Making Of The Modern World by Victor Sebestyen. Trump should have stuck to bankruptcies. And here is a must-read for Republicans by a Republican in Texas.