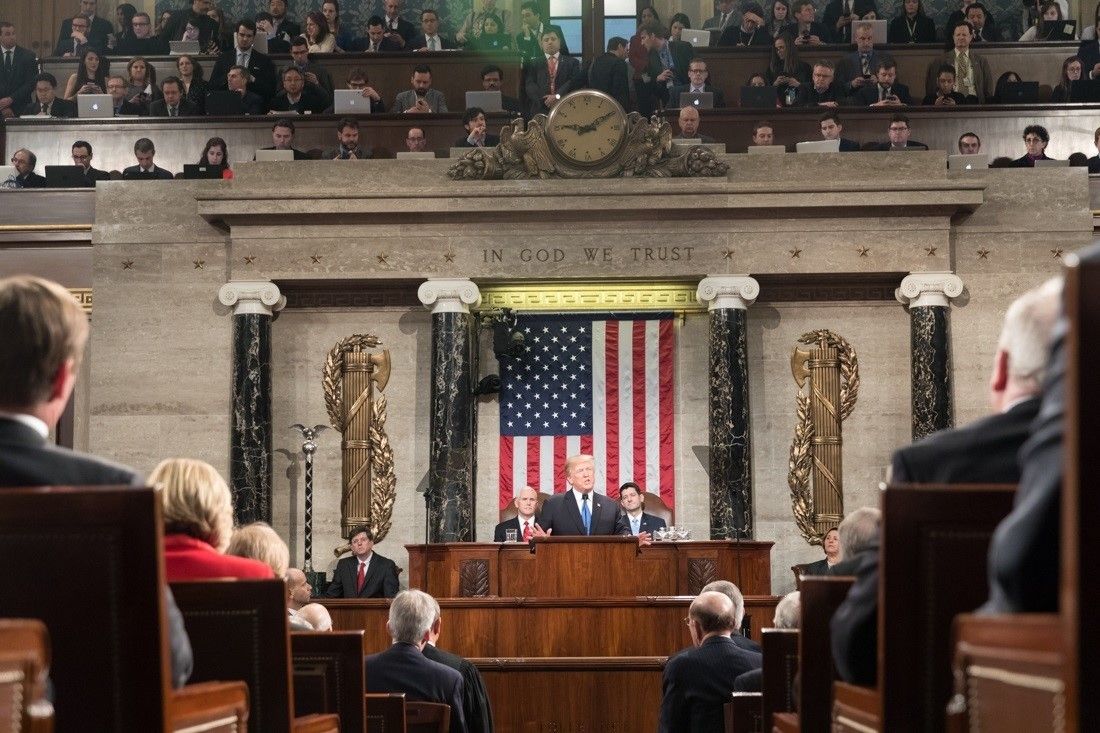 The “crisis of the heart and soul” for Trump is really the holding pattern he has been in waiting for the total eclipse of his presidency.

The Palestine movie theatre on Clinton Street was the best movie theater for kids on the Lower East Side around 1960. We went there to watch about 15 cartoons and three movies, among other things and I think at that time admission was 25 cents. The walk from where I lived was at least eight city blocks and I went there usually with my brother or alone. I can still remember walking there in the rain, doing my best to keep dry.

And when we walked from home to the movies, we never thought about Palestinians at all. We were thinking about the candy and popped corn we would be eating. Those were the days my friend we thought would never end, but they did end.

One more thing about that movie theater was this. It badly needed renovations and there was a joke that we told among ourselves about the Palestine theater. We said that they gave you three sticks to take with you before you entered, one to sit on, one to hold the roof up with, and one to beat the rats with as they went by. I have to confess that I never noticed a rat, but I am good at noticing rats in political life.

I am reasonably certain that I watched Conspiracy of the Hearts in that theater. This was one of the first movies about Jews that I had seen and it really was worth watching. As my readers know, I published an article called It Happened in Italy in Jewish Business News and now you will be able to watch the entire movie which takes place during World War II in Italy. Long before Schindler’s List there was Conspiracy of the Hearts. The link will be provided later on in this article.

Lilli Palmer starred in that movie and she had a contract denied to her in Germany around 1933 because she had Jewish roots. Lilli Palmer married and divorced the great Rex Harrison and his ashes were spilled over her grave when she died in 1986. The movie was one of the top five motion pictures in Great Britain in 1960.

Conspiracy of the Hearts and Minds today is playing in theaters near you all over the United States and the world. Anti-Semitism? Yes. Anti-civil rights? Yes. Anti-immigrant (undocumented)? Yes. Antilogical? Yes. And there is a conspiracy that has led us to shut down the government over a wall that most likely cannot work.

It is also true that the other side has portrayed a Deep State that is trying to overthrow Donald Trump. This is where the American people have to decide which is fact and which is opinion and/or fiction. The opinion polls really are not favorable to Trump, but I would not care about the low numbers for Trump if he were fighting to protect the rights of people (which he is not).

In 1963 John F. Kennedy was very worried about the “backlash” over his civil rights position, but he believed that it was the moral thing to stand up for. Trump, like the word tromper in French, tells us of a man who cheats, deceives, and disappoints and he does it amazingly well. Boy does that word’s meaning fit Tromp great. We must tromp on Tromp in any language. In Spanish, we have to give a political trompazo to Trump. In other words, Dump Trump and what he stands for.

Here is Conspiracy of the Hearts to watch and perhaps to share with high school students (and college campuses) around our nation. Leading Jewish organizations have been successful in getting many states to teach Holocaust studies to our nation’s children and considering that fifty-nine years have gone by since the motion picture was released, things look better but the worldwide picture does not look so promising.


In Poland, Mayor Pavel Adamowicz of Gdansk was just stabbed to death and he was considered a great friend of Jews and gay rights. I remind you that both Jews and gays were victims of the Holocaust.

In 1962 at the time of the Cuban Missile Crisis, a Bolivian immigrant told me (a landsman he called me because he was half Jewish on his father’s side) that in his country they drowned gay people. Things like that are still going on around the world and right-wingers and their political puppets will not make these situations better. Trump has failed in so many ways as his decisions affecting the military are hurtful and harmful to the rights of people in minority positions.

All children need important protections that were given to the Jewish children in Conspiracy of the Hearts, but the way things have been in this country recently in detention centers has not been the best that our nation can offer to people. Trump and lots of other people are responsible.

And our children are not being protected properly in schools across America which I have written to Congressman Pete King (R-NY with no response yet. The Conspiracy of Hearts and Minds exists all over the United States, but certainly in some states more than in others.

John F. Kennedy’s Air Force One was in a holding pattern one day (in the final days) due to weather conditions. Trump’s holding pattern is due to the Mueller Investigation. Obviously he doesn’t want anyone thinking about that right now. Only the shutdown matters right now and the investigation has nothing to do with that. Nothing? Well!

And one of the great remembrances of going to the movie theater was the moment that we did not wish things to come to an end.  But we do urgently ask that those lunar years of Trump end. Watch the video here.  That’s what you’ve been getting from Trump.

Let’s not forget about China, which is a double threat right now. It is challenging the United States Navy, but the trade surplus for China has grown by 17 percent in the last year. So Trump has failed. And he has failed for two years straight. Yes we are going to get a slightly higher tax refund (if the government ever opens up), but that’s all folks. Enough with Trump’s “looney tunes.”