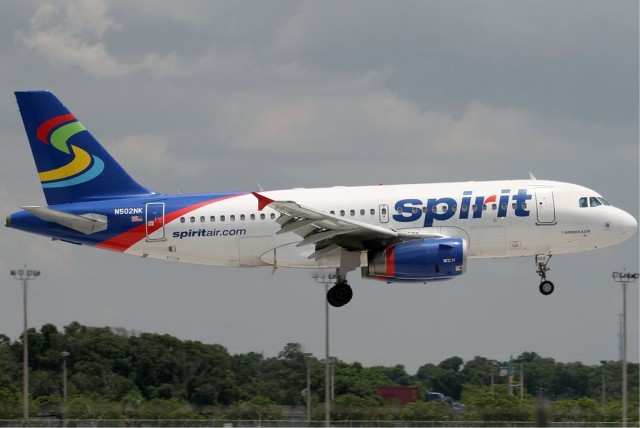 Chana and Yisroel Beck were traveling together with their three infant children from Newark Airport to Fort Lauderdale on a Spirit Airlines flight. But according to the Orthodox Jewish couple during the flight things went awfully wrong and they were harassed by a flight attendant.

One passenger from Rockland County who is identified by the New York Post only as Binyamin told the publication that the flight attendant used racist and anti- Semitic remarks, calling the couple “those retarded Jews”.

Another flight attendant informed “Yisroel Beck that he could not seat with the rest of his family in a three-row seat, with one child on his lap.”

After landing the Beck couple were detained and questioned by security having their return tickets voided and receiving a ban from flying Spirit in the future.

According to the company, Chana and Yisroel Beck ignored safety regulations and insisted on taking on board a baby carriage that converts into a seat despite firm refusals from flight attendants.

Spirit spokesperson Derek Dombrowski said that the company wasn’t contacted yet by the Beck couple but that “records indicate that this guest ignored flight and ground crew instructions multiple times, beginning with the boarding process and continuing through landing”.

Furthermore, according to Dombrowski, Spirit will “launch an investigation and take these matters very seriously.”

In this article:flight, Finance, Discrimination