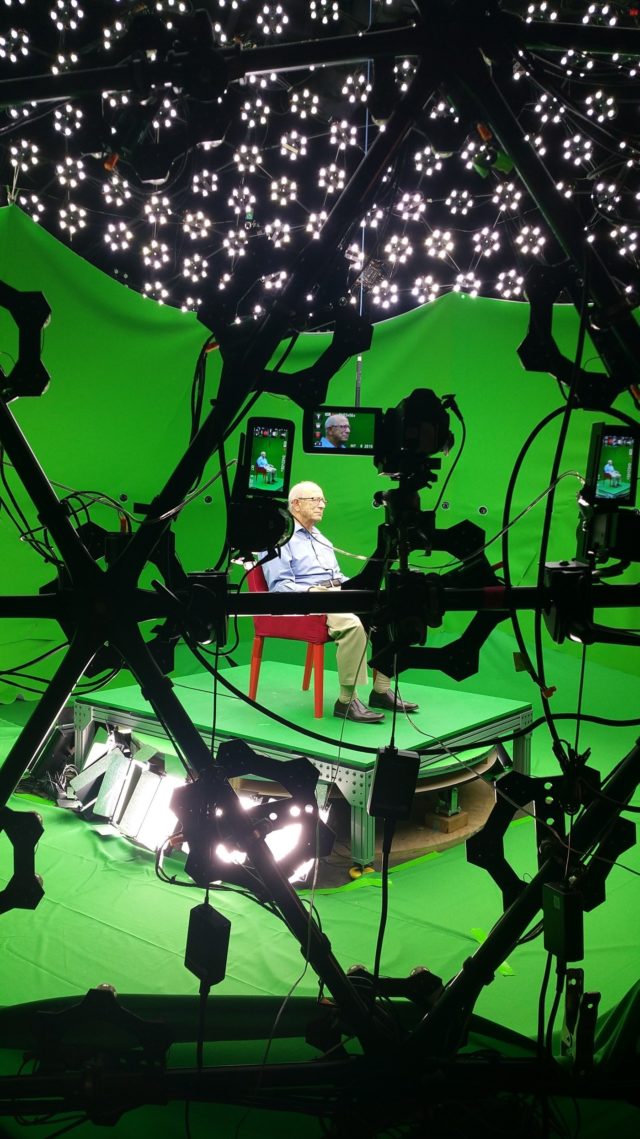 Max Glauben is a Dallas resident who was only 17 years old when US troops rescued him while he was forcible moved from one German concentration camp to another. At the time he was liberated, he already lived through the horror of the Warsaw ghetto and experienced the loss of his parents and brother at the hands of the Nazis.

Glauben’s memories from both the Warsaw ghetto days and the concentration camp era are now saved in an innovative way which will allow future generations to maintain a discussion with the hologram of the 91 years old Holocaust survivor.

Through the use of modern technology Glauben and 17 more Holocaust survivors are using their voices to retell their Holocaust survivor story. These 18 interactive testimonials are recorded and preserved by the University of Southern California Shoah Foundation and according to executive
director Stephen Smith the foundation is in “a race against time” as they try to add more diverse voices to their collection.

The foundation founded in 1994 by American director, producer, and screenwriter Steven Spielberg has roughly 55,000 audiovisual testimonies about mass murders. The majority of these interactive testimonials are about the horrors of the Holocaust and they offer visitors the possibility to have a conversation in English, Spanish or Hebrew with survivors. It’s expected that additional languages will be added at a later stage. 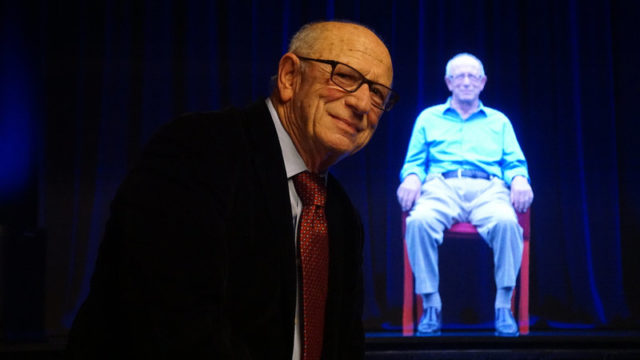 According to Smith the replies that museum-goers receive on more complex issues like forgiveness are probably the most powerful ones. Looking the victims in their eyes and seeing how they struggle with the answer while talking to them in their own language creates a better
understanding of the events and their intensity.

Glauben believes that by accessing these dark memories and sharing his knowledge with the world, he could help “cure hatred and the bigotry and the killings in this world”.

For the past year, the Illinois Holocaust Museum and Education Center has shown the holograms in a special theater and according to the museum’s CEO Susan Abrams, the interaction with the images is often the most powerful part of the visit as “People get teary; people laugh.”

The Illinois Holocaust Museum and Education Center is one of the four centers currently showing the testimonials. The other centers are in Houston, Indiana and New York.

In this article:Holocaust, Nazis, Finance, Illinois