It is a truism in politics that elections are about the future, and not just about the past. In Israel’s upcoming election, given the potential of looming indictments, many in Israel will want to consider whether a sitting prime minister can fulfill the responsibilities of the office while also devoting major time and attention to his legal difficulties. Regardless of how that question is answered, there will be other fundamental questions about national security challenges that must be addressed. And, those questions, which have understandably gone to the heart of the Israeli public’s concerns historically, should be asked of both Prime Minister Benjamin Netanyahu and his challengers Avi Gabbay, Benny Gantz, Yair Lapid, and others on the center-left.

To begin with, while the Trump’s administration support for Israel has been important diplomatically and symbolically, it has largely left Israel on its own when it comes to dealing with the challenges of Iran in Syria and Lebanon and managing the Russians. But with the Russians now adopting a tougher policy toward Israel’s freedom of action in Syria and Lebanon, how do Netanyahu and other candidates propose to deal with them?

The challenge is especially acute because the Trump administration with its withdrawal from Syria is signaling to everyone, including the Russians, that it sees no interests in Syria regardless of whether Israel and Jordan are likely to face Iranian-backed threats from there. Historically, there was an understanding between the United States and Israel: Israel handles the threats it faces in the region, the U.S. deals with threats from external powers. That apparently no longer applies with the Trump administration, so Israel’s leaders have to contend with a new reality in the region in which the U.S. intends to play a diminished role even as Russia becomes more assertive in filling the vacuum. 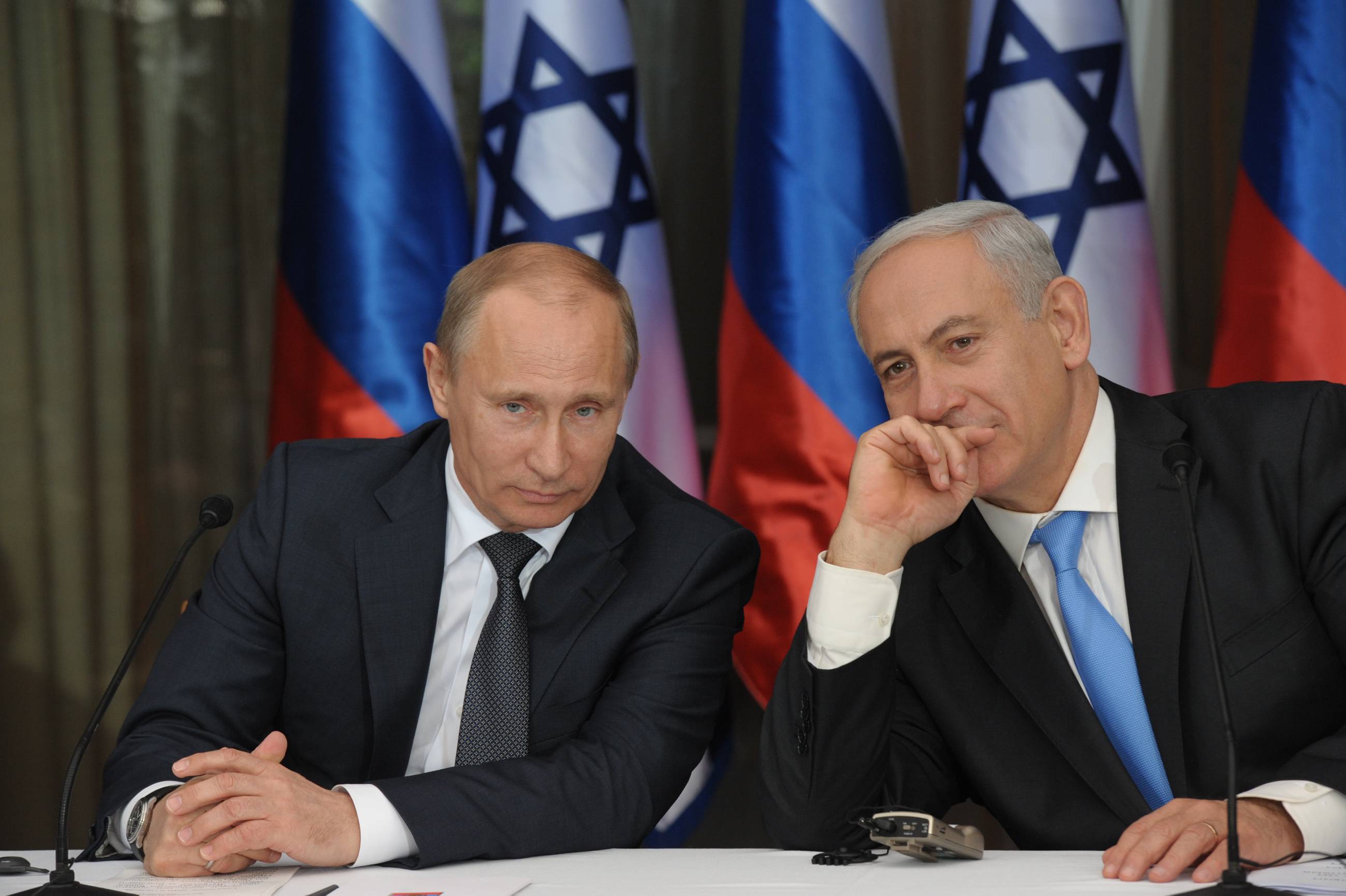 True, neither the prime minister nor his challengers are likely to want to acknowledge publicly the reality of a diminished U.S. role, and its implications for Israel. But they can address what Israel may need to be doing on its own, given Russia’s increased prominence in the region and its new criticism of Israeli actions in Syria and Lebanon.

The prime minister may have been the honored guest of Russian President Vladimir Putin last May in Moscow celebrating the victory over the Nazis, but now the Russians are calling the most recent Israeli strike in Syria a provocation and Israeli overflights in Lebanon a violation of UNSC Resolution 1701—this even as Israel uncovers the fifth Hezbollah tunnel dug into its territory. So the relationship with Putin looks more problematic and the Russian impulse to exert its leverage is now greater, particularly with it not having to worry about the United States.

To be sure, Syria is not the only Iran-related challenge near Israel’s borders. Amid understandable concerns about Hezbollah’s 130,000 rockets, Israel has refrained from attacking its precision-guided facilities in Lebanon that could convert these rockets into missiles with sharp accuracy. And, yet, Israel truly cannot live with Hezbollah having rockets with high accuracy and capable of launching saturation attacks on Israel’s high-value strategic economic and military targets. So what should Israel do?

Of course, the main Iran-related issue is the question of whether Tehran will renew its nuclear program. The Trump administration has withdrawn from the nuclear deal of 2015 and its approach of re-imposing sanctions is creating real economic pressures on Iran. But it has not altered any Iranian behaviors as they remain aggressive in the region—so Israel must focus on countering that where it can. But what happens if the Iranians withdraw from the nuclear deal and resume their uranium enrichment, reducing their break-out time to weeks? The Trump approach seems built essentially on sanctions and economic pressure but little more. How will each candidate approach an Iranian withdrawal from the nuclear deal and the possibility that the Trump administration will maintain its current approach?

What about Gaza? Does either the prime minister or his challengers have an alternative to the current approach? No one wants to go back into Gaza, but is the reality of periodic flare-ups over the last decade, often driving a million Israelis in the south into shelters, the new normal? Can there be a more durable ceasefire with Hamas without reconstruction of infrastructure in Gaza? It is clear that the Israeli security establishment is looking for stabilizing components like infrastructure that could avert future deterioration. What is the alternative to this approach? If there is not one, why hasn’t it gone forward?

As for the Palestinian issue, there is no ultimate deal any time soon. While President Trump may be intent on reducing the U.S. role in the Middle East, he still appears to want to present a peace plan. Even if key Arab leaders may be less inclined to be responsive to Trump if they judge him withdrawing from the region, the Administration wants these leaders to acknowledge the seriousness of the plan. And, this is especially true at a time when the Administration has no contact with Mahmoud Abbas and the Palestinian Authority.

There is, however, little chance of gaining Arab public recognition of the seriousness of the plan without it addressing Palestinian statehood and key Arab neighborhoods in East Jerusalem. Both Prime Minister Netanyahu, who has said he would like a new coalition much like the current one, and those on the center-left should be asked whether it is possible to respond favorably to the Trump plan without a government capable of making tough decisions? Indeed, if as Nikki Haley said in her farewell address as UN envoy that Israelis and Palestinians are going to like parts of the plan and dislike other parts, is it conceivable that a narrow-based right-wing Israeli government will be able to accept it, even with reservations? Is there more to an Israeli strategy than merely planning on Abbas to say no, so Israel is off the hook?

If the Trump plan is presented and goes nowhere, a clear possibility, what is the policy of the prime minister and his challengers toward the Palestinians? If there is no early prospect of a deal, there is the danger of Israel simply drifting toward becoming a binational state. Each candidate should be asked what will they do to ensure that this does not happen.

Lastly, what is the policy of each candidate toward preserving not only bipartisan ties with the United States, recognizing that President Trump might be gone in two years, but also with American Jewry. Clearly, the ties of the current coalition are strained both with the Democrats and with key non-Orthodox segments of American Jewry. Both are essential to preserving the relationship with America—with one factor generally overlooked in Israel. The American Jewish community has played an essential role in ensuring a strong U.S.-Israel relations, including the American commitment of $38 billion in military assistance over the next 10 years. This is a commitment that Trump inherited from his predecessor Barack Obama. So, does each candidate recognize a problem with American Jews and, if so, what will they do about it?

Quite apart from domestic issues, these issues deserve an airing and a debate in advance of the election. We hope it takes place.

David Makovsky and Dennis Ross are both distinguished fellows at the Washington Institute for Near East Policy. Makovsky served as a senior policy advisor in the Office of the Secretary of State during 2013-2014 and Dennis Ross has served as US Middle East peace envoy 1993-2001, as well as senior Middle East advisor in the White House during 2009-2011.