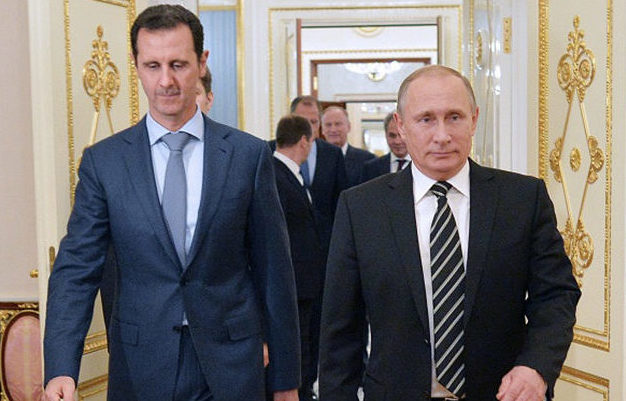 Donald Trump’s decision to pull the 2,000 or so American troops out of Syria reshapes the geopolitical map in the Middle East. The winners and losers are clear – and traditional US allies are not in the column you’d expect.

Russia. And so Vladimir Putin has chalked up another achievement: Russia remains, along with Iran, the central military force in the region. If this were not enough, he is already planning to expand activities in strategic destinations, in particular Syrian seaports.

Iran. The Islamic Republic benefits greatly from the American flight: Tehran’s grip on Syrian territory is now expected to expand into the regions vacated by the US Army. Israel has repeatedly sounded the alarm over Iranian presence close to its border with Syria, and has reportedly carried out several attacks on Iranian positions.

Islamic State. Even IS can feel a little satisfied at this new development: Trump is leaving Syria without completely defeating Islamic State, whatever he claims to the contrary. The organization still holds territory on the Iraq-Syria border. And despite its outster from the city of Hajin last week, the organization still has close to 15,000 members in Syria, and is busy reorganizing them in light of new developments.

The Kurds. The Kurdish militias are now alone. For the past three years, they have been protected, trained and armed by the US Army in an enclave established in the northeastern Syria. But without their American defenders, the Kurds now face invasion threats from the Syrian army to the south and the Turkish army to the north.

Israel. The Jewish state, too, is alone: Without the American presence near the northern border, Israel has lost a significant source of deterrence and potential military assistance in the event of a regional escalation. The Russian army, which will now become Syria’s main governor, has no commitment to Israel. In fact, the two nations are already in political crisis following the downing of a Russian plane by Syrian anti-aircraft missiles during an Isareli airstrike.