Avigdor Lieberman resigned from his post as defense minister on Wednesday in protest of the latest ceasefire between Israel and Hamas, criticizing it as a “capitulation to terrorism.”

“The question being asked is why now. As far as I’m concerned, what happened yesterday—the truce combined with the process with Hamas—is capitulating to terror. It has no other meaning,” Lieberman said at during a special meeting of his Yisrael Beytenu faction.

He also urged Prime Minister Benjamin Netanyahu to set a date for elections “as early as possible.”

Lieberman charged that in negotiating with Hamas, Israel was “buying short-term quiet, with the price being severe long-term damage to national security.”

Lieberman has been a vocal proponent of harsh Israeli military action against Hamas in Gaza, even as the government authorized a Qatari cash infusion to the impoverished enclave last week and limited itself to air strikes rather than a wider campaigns during this week’s fighting.

He lamented the fact that “on the one hand we pass in the Knesset a law to deduct terror money (from tax funds Israel collects on behalf of the Palestinian Authority), while on the other hand we allow cash money to be sent to terrorists in the Gaza Strip.”

“Were I to stay in office, I would not be able to look southern residents in the eye,” Lieberman explained. 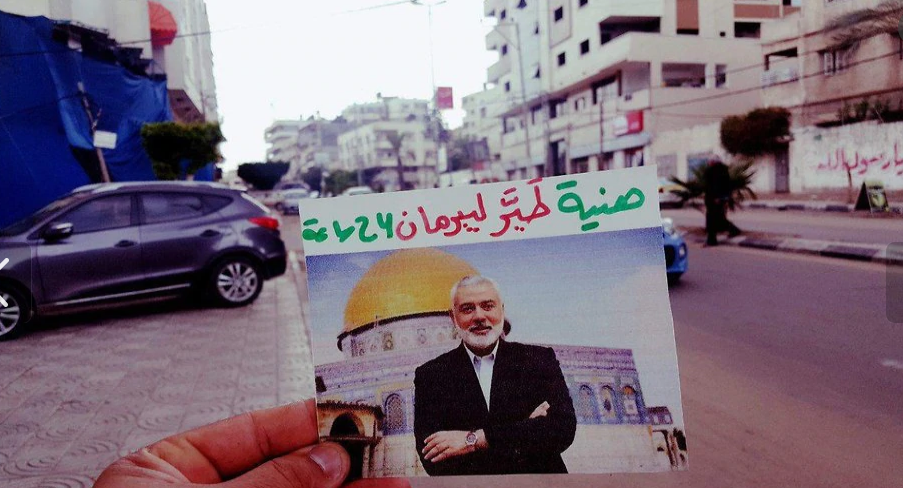 “There’s no reason for these terror leaders in the Gaza Strip to feel comfortable and walk around freely,” he stressed. “They come to the protests on the border and incite against the State of Israel. Hamas is not talking about coexistence or recognition of Israel, they don’t want to talk about how to improve the employment in the Gaza Strip. Their budget, some $270 million a year, they continue investing in (military) buildup.”

Lieberman’s resignation will come into effect 48 hours after he submits a formal letter to Netanyahu. His Yisrael Beytenu party will also leave the government, with Immigration and Absorption Minister Sofa Landver also expected to tend in her resignation.

This would leave Prime Minister Netanyahu, who is expected to take on the defense portfolio, with only a one-seat majority in the Knesset.

Elections are not due until November 2019, but Lieberman’s resignation increases the likelihood of an earlier vote.

A spokesman for Netanyahu’s Likud Party played down that option. “There is no need to go to an election during what is a sensitive period for national security. This government can see out its days,” the spokesman, Jonatan Urich, said on Twitter.

Minister Yariv Levin (Likud), the liaison between the Knesset and government, also rejected the possibility of early elections. “Our responsibility is to maintain a stable right-wing government; therefore the defense minister’s resignation is inappropriate,” he said.

“This government will exist as long as all of its members work together, and it goes without saying we won’t allow anyone to take advantage of the situation for extortion and for irresponsible conduct,” Levin added.

Simcha and Leah Goldin, the parents of Lt. Hadar Goldin who was killed in Gaza in 2014 and whose remains have been held by Hamas since, praised Lieberman’s resignation. “The defense minister’s clear and resounding comments must be etched into the hearts of all Israeli citizens who hold the IDF’s values and shared responsibility sacred.”

Stressing there must be no arrangement with Hamas without the return of the Israelis being held by Hamas, the parents thanked Lieberman “for his steadfast support during his entire tenure and especially over the past few months.”

Zionist Union Chairman Avi Gabbay also commended Lieberman. “This is the way to act—if one fails in his job, one must resign,” he said.

He also called on Netanyahu to resign, saying the prime minister failed “to provide residents in communities on the Gaza border with security. He is as much responsible for Israel’s security as the defense minister.”

Opposition head Tzipi Livni likewise called on the government to dissolve. “Neither peace nor security were achieved. Going to elections now would result in an emergency coalition headed by the Zionist Union. We will restore security and we’ll act to achieve peace,” she asserted.

“The resounding security failure in the south is a spit in the faces of the Gaza border residents and a severe blow to the State of Israel’s deterrence,” Livni went on to say. 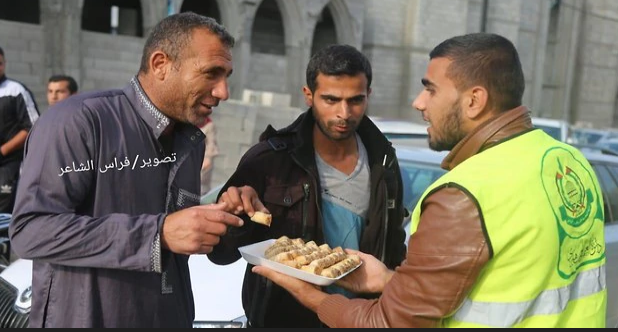 The Palestinian terror groups in Gaza rejoiced at Lieberman’s resignation, with Hamas he is “admitting defeat and acknowledging his inability to handle the Palestinian resistance.”

“This is a political victory for Gaza, which succeeded in standing strong and causing a political earthquake in Israel,” Hamas added in a statement.

Islamic Jihad also saw the resignation as “a victory to our people’s steadfast resistance to the occupation.”

The Popular Resistance Committees called Lieberman’s resignation “a quality victory for the resistance after (Israel’s) security and military failure in Gaza.”

On social media, many memes posted compared Lieberman’s resignation to the survival of Hamas leader Ismail Haniyeh—who Lieberman promised to eliminate within 48 hours of taking the office of defense minister.

In Rafah, meanwhile, sweets were handed out on the streets in a show of joy at Lieberman’s resignation.