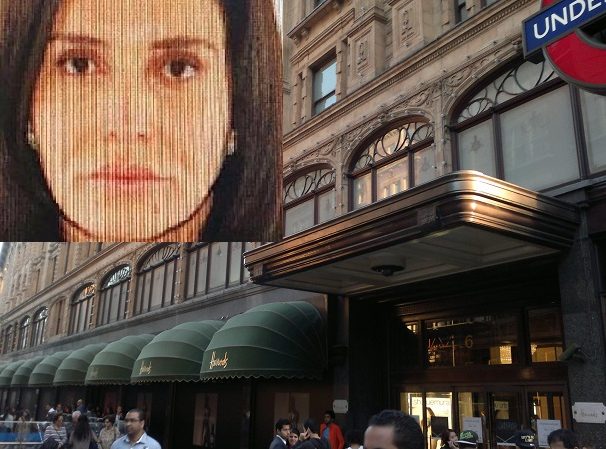 A banker’s wife from Azerbaijan spent £16 million on purchases in prestigious Harrods department store in London for over 10 years. It is equivalent to more than £4,000 a day. Zamira Hajiyeva, the hard-working buyer, appealed to the court to keep her identity secret, but her request was rejected.

Hajiayeva, who became the first target of the new anti-corruption law in Britain, is the wife of a former banker who is detained in   Azerbaijan.  If she can not convince the court that her capital is completely legal, she might lose her £ 15 million home, located not far from the store where she spent millions and a golf club in Berkshire.

Under the new law, Hajiayeba 55 was first issued with an Unexplained Wealth Order in which she was required to provide the National Crime Task Force with clear details explaining how she and her husband, Jahangir Hajiyev, can afford the big house in the exclusive Knightsbridge neighborhood of London. The couple requested permission to appeal against the order.

The unexplained capital order is aimed at foreign officials in a country suspected of corruption and money laundering stolen through Britain and is supposed to require the suspects to reveal their sources of capital.

So far it has been almost impossible to sue the suspects or freeze their assets due to lack of evidence. Now, if they do not present a legal source of capital, the National Crime Agency can appeal to the High Court to ban the assets in question.

The couple from Azerbaijan was the first to be charged under the new law.

Jahangir Hajiyev was the chairman of the International Bank of Azerbaijan, where he was arrested in 2016 and sentenced to 15 years in prison after taking part in a huge fraud and embezzlement of tens of millions of pounds from the bank, and ordered him to pay back $39 million.

A company based in the British Virgin Islands paid £11.5 million for a spacious house just minutes from Harrods in West London, with a current market value of £15 million.

According to testimonies received by the court, the owners of the house are Hajiayeva and her husband. In 2013 another company under the control of Hajiayeba spent more than £10 million on the acquisition of the Mill Reed Golf Club in Berkshire. The Interior Ministry granted the permission to live in the UK under a special visa for wealthy investors.

At a hearing for the couple in July, it was revealed the examples of the woman large expenses include £150,000 in one day on products of luxury brand Boucheron. The next day she supplied her wine cellar with wines worth £1,800. On another occasion, she spent £100,000 on Cartier jewelry and £20,000 on gifts for a man. She used 35 credit cards issued by her husband’s bank.

Official documents also revealed that the two had two parking spaces in the prestigious Harrods parking lot, and Hajiayeba had even purchased a private Gulfstream aircraft for $42 million.

The couple denies the charges and tries to fight the demand to disclose their sources of wealth. Their lawyers claim that Hajiayev is a legitimate businessman who was enriched by a series of successful businesses he established before he became chairman of the bank, but according to the records he was a civil servant between 1993 and 2015 and was not supposed to earn enough to explain the wealth he accumulated. Hajiyev also denies that he embezzled the bank, but his appeals against the conviction were rejected.