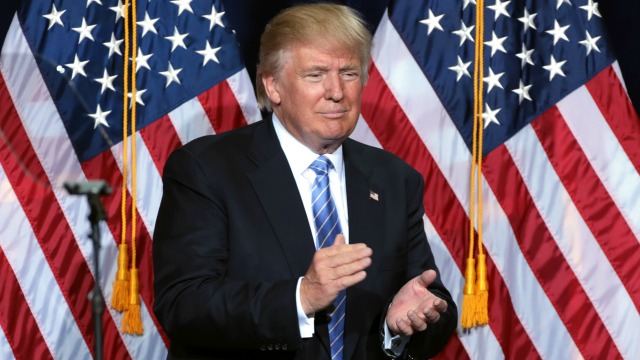 A senior official in Donald Trump’s election campaign asked the Israeli company PSY Group to create fake accounts and use social media to influence the election campaign and gather information that would defeat Hillary Clinton and Trump’s rivals in the Republican primaries, the New York Times revealed in extensive interviews with sources and documents received.

The plan did not come to fruition, but the report is expected to complicate the status of the Trump administration, many of whose senior campaigners have been charged or found guilty of various crimes in the context of the investigation of Special Prosecutor Robert Muller, who was appointed to investigate Russia’s intervention in the 2016 presidential election.

According to the New York Times, the Trump campaign’s interest in PSY’s activity began as Russia accelerated its efforts to assist in his election.

Although the proposals of Israeli company were smaller in scope than those of Moscow and unrelated to them, they included a promise to carry out disruptive moves that would tilt voters to Trump.

Rick Gates, a campaign leader who led the talks, asked in one of the proposals to focus on 5,000 delegates at the Republican convention and to attack Trump’s main rival at the time, Senator Ted Cruz.

Another proposal described intelligence gathering services about Hilary Clinton and people close to her.

A third proposal described a multi-month program to help to trap by exposing or highlighting cross-sectional campaigns in rival campaigns through social networks. PSY formulated the proposals under the code name “Project Rome”, and attached code names to the main players: Trump was called “Lion”, Clinton “Forest” and “Bear”.

There is no evidence that the Trump campaign acted in accordance with these proposals, and according to Gates’ source, he was not interested in the plans of the Israeli company.
However, as previously reported, PSY founder Joel Zamel met Trump’s eldest son, Donald Trump Jr., in August 2016.

Initial reports of its links with the Trump campaign were published in The New York Times last May, according to which FBI agents came to Israel and questioned employees at the company as part of an investigation into foreign involvement in the elections.

According to this report, the company offered Trump’s campaign to help “shape public opinion on social networks.”

The team, which worked in cooperation with the Israel Police, confiscated computers belonging to one of Joel Zamel’s companies, which is in liquidation.

Gates first heard about PSY’s work session work יeld in March 2016 at the Mandarin Oriental Hotel in Washington DC, ‘hich was also attended by Republican adviser George Birnbaum, who is believed to have close ties to Israeli government officials.  According to Birnbaum, Gates expressed interest in the use of social media as a tool for manipulation.

After the meeting, Birnbaum worked directly with PSY to refine the proposals for the Trump campaign. According to the first document, from April 2016, the company was asked to provide a proposal for “intelligence services and influence”.

The company promised that experienced intelligence officers would provide different methods for assessing the positions of some 5,000 delegates at the Republican convention. According to the company, after reviewing social media accounts and other information, 40 company employees will formulate a psychological file for every potential candidate, and use fake-looking fake accounts to bomb 2,500 delegates in a customized massage designed to persuade them to support the Trump.

These messages will describe Ted Cruz as having motives or secret plans, and will presumably come from former Cruz supporters or influential parties with a background similar to that of the target.

The notification campaign will last for months and include online and offline calls and even phone calls. PSY noted that it was able to obtain unique intelligence, among other sources from secret sources.

The price tag of the plan was $3 million, which included the cost of hiring another 50 employees, some of them American citizens, and renting new offices.

A second proposal focused on gathering information about Clinton and 10 of her partners from public databases and “supplementary intelligence activities”, which were not detailed. The company promised to prepare a comprehensive file on each of the targets, including intelligence for action.

A third document focused on addressing women, minorities, and voters in key countries. The company promised to create and maintain fake accounts that would tell about Trump and Clinton.

Trump campaign did not accept the proposals, but in a meeting with Trump Jr. in August, Joel Zamel presented the company’s services in broad terms. According to former PSY employees, Zamel asked them to prepare an updated version of the third proposal.

Joel Zamel’s attorney, Marc L. Mukasey,  told the New York Times in response: “Mr. Zamel never presented, or discussed in any other way, anyone associated with the Trump campaign with PSY’s proposals for US elections, except for a general description of the capabilities of some of his companies.”

In this article:Finance, Hilary Clinton