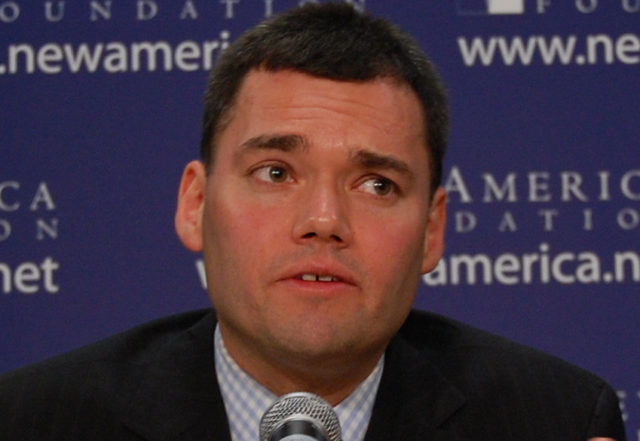 The Jewish-American best-selling author and from time to time CNN political analyst Peter Beinart, who has been critical of Israel government’s policies said Monday that he was detained by Israeli Shin Bet, internal security service, at the airport and interrogated about his political views before he was allowed to enter the country.

PM Benjamin Netanyahu said that the incident was a mistake.

Among all Beinart is also a contributor to The Atlantic,  and the Israeli left-wing daily Haaretz considers himself a supporter of Israel but has been an outspoken critic of Netanyahu’s policies toward the Palestinians.

“It began when we handed our passports to the official at security.” Beirant wrote in the American-Jewish publication Forward, “He breezed through the passports of my wife and two kids, then looked at mine and made a call. After hanging up, he asked me—for reasons I can’t explain—the names of my father and grandfather. Then he asked me to step aside for extra screening.”

Beirant was warned of a growing rift between Israel and the liberal Jewish-American community and said that Israel must establish a Palestinian state to ensure its survival as a Jewish-majority democracy. Such views are shared by many on Israel’s political Left.

On being detained yesterday at Ben Gurion airport https://t.co/Hjm2aTKlmJ

Beinart said he was sent to a small room where a security official asked about his political activities and whether he was involved in groups that advocate violence, threaten democracy or promote anarchy.

Then he told me that on my last trip to Israel I had participated in a protest, which is true. He asked where it occurred and I answered “Hebron.” He asked its purpose and I answered that we were protesting the fact that Palestinians in Hebron and across the West Bank lack basic rights.”

He said the questioning ended after over an hour when he said he would not be joining any protests on his visit. He was released after calling a well-known Israeli human rights lawyer. 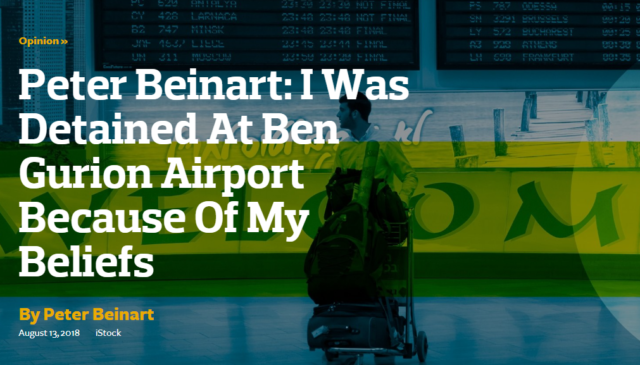 Beinart said his questioning was “trivial” when compared to the experiences of other liberal political views, particularly Palestinians and Palestinian Americans who travel through Israel’s airport.

“My hope would be that this provokes a conversation more generally about the way in which Israel harasses people based on their political views,” he said. “The real scandal is what happens to people who are much more vulnerable than me because they don’t have the privilege that I have as an American Jew.”

Benjamin Netanyahu has half-apologized for my detention yesterday at Ben Gurion airport. I’ll accept when he apologizes to all the Palestinians and Palestinian-Americans who every day endure far worse https://t.co/k2TYqmHulF

Prime Minister Benjamin Netanyahu’s office said that upon learning of Beinart’s detention he immediately asked Israeli security officials what happened and was told it was an “administrative mistake.”

“Israel is an open society which welcomes all—critics and supporters alike,” his office said. “Israel is the only country in the Middle East where people voice their opinions freely and robustly.”

The Shin Bet apologized and said it was investigating.

In recent weeks, a left-wing Israeli author who lives in the US said he was detained at the airport for a “cautionary conversation” about his political activities, while two Jewish-American women involved in Israeli left-wing causes were questioned about their political work with Palestinians while entering the country from Egypt.

Israel has also begun enforcing a ban on foreign activists who support boycotts of the country due to its policy on the occupied territories.

I don’t know why exactly I was detained yesterday at Ben Gurion but this terrific reporting by @joshnathankazis offers valuable context https://t.co/sWkeQDRkLN