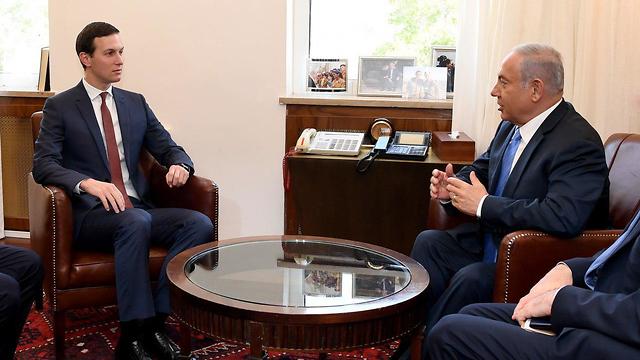 Jared Kushner, senior advisor and son-in-law of US President Donald Trump, has reportedly been looking into the possibility of stripping in the West Bank and Gaza Strip off ‘Palestinian refugee’ status, consequently removing the issue of a Palestinian right of return from the negotiations table, according to a report in Foreign Policy on Friday.

Foreign Policy obtained e-mail correspondence between Kushner and members of his team, including Special Envoy Jason Greenblatt, discussing the United Nations Relief and Works Agency for Palestine Refugees in the Near East (UNRWA).

“It is important to have an honest and sincere effort to disrupt UNRWA … This (agency) perpetuates a status quo, is corrupt, inefficient and doesn’t help peace,” Kushner wrote in an email from January 11.

According to Hanan Ashrawi, a member of Executive Committee of the Palestine Liberation Organization (PLO), Kushner believes “the resettlement has to take place in the host countries and these governments can do the job that UNRWA was doing.”

“They want to take a really irresponsible, dangerous decision and the whole region will suffer,” she accused.

In June, Palestinian negotiator Saeb Erekat said Kushner was willing to stop funding UNRWA altogether and transferring the $300 million the US gives the agency to Jordan and other Arab nations who would take in the Palestinians.

“All this is actually aimed at liquidating the issue of the Palestinian refugees,” Erekat said.

The United States has been funding UNRWA since its establishment in 1949 following Israel’s War of Independence, and most of US presidents have supported the agency. But the Trump administration has come out against the agency, cutting more than half of its funding.

A senior White House official said US policy on UNRWA “has been under frequent evaluation and internal discussion. The administration will announce its policy in due course.”

Many in the US and Israel claim the agency merely perpetuates the Palestinian refugee problem rather than serving as a solution to it, keeping the hope of Palestinian return to lands that have been part of the State of Israel for 70 years alive.

“We believe that UNRWA needs to pass from the world as it is an organization that advocates politically against Israel and perpetuates the Palestinian refugee problem,” explained Elad Strohmayer, a spokesman for the Israeli Embassy in Washington.

Strohmayer also added that a refugee status is not something that can be passed through generations.

But Foreign Policy points to a recently declassified State Department report that notes the UN High Commissioner for Refugees “recognizes descendants of refugees as refugees for purposes of their operations,” as evident by the fact that descendants of those who in the past fled Afghanistan, Somalia, Tibet, Bhutan, and Myanmar are recognized as refugees by the UN. According to estimates, of the 700,000 Palestinians defined as refugees, only a few tens of thousands are still alive.

Two Republican Congressmen, Doug Lamborn and James Lankford, have proposed two separate bills that would either redirect US funds or limit them to only support the original refugees.

“Instead of resettling Palestinian refugees displaced as a result of the Arab-Israeli Conflict of 1948, UNRWA provides aid to those they define as Palestinian refugees until there is a solution they deem acceptable to the Israeli-Palestinian conflict. This policy does not help resettle the refugees from 1948 but instead maintains a refugee population in perpetuity,” Lamborn’s bill states.

“The people that are suffering should still get assistance, but through appropriately defined humanitarian channels and aid programs,” added Lamborn’s aide.

Initially, the State Department, the Pentagon, and the US intelligence community opposed the administration’s plans to end UNRWA funding, fearing an escalation of hostilities in the region as a result.

However, the State Department eventually agreed to cut the first part of an overall yearly payment to UNRWA from $125 million to $60 million.

Kushner addressed the situation in one of the e-mails. “UNRWA has been threatening us for six months that if they don’t get a check they will close schools. Nothing has happened,” he claimed.

Meanwhile, State Department spokesperson Heather Nauert asserted the solution should be “reforming” the way UNRWA operates rather than halting the transfer of aid to refugees.

According to Foreign Policy, a day after Nauerts’s statement, Jason Greenblat’s senior advisor Victoria Coates sent an email the White House’s national security staff, elaborating on the administration’s plan to not only cut UNRWA’s funds but shut down the agency altogether.

“UNRWA should come up with a plan to unwind itself and become part of the UNHCR (UN High Commissioner for Refugees) by the time its charter comes up again in 2019,” she wrote.

However, she stressed that this is only one of many “spitball ideas that I’ve had that are also informed by some thoughts I’ve picked up from Jared, Jason and (US Ambassador to the UN Nikki Haley),” and reforming the agency is still on the agenda. For instance, the agency ought to “remove all anti-Semitism from educational materials,” Coates wrote.