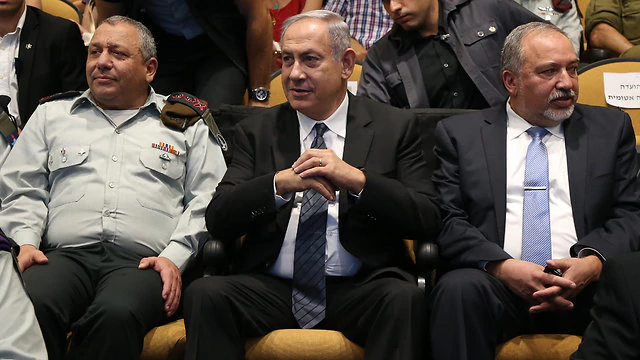 The government and the IDF’s deterrence and containment strategy has reached a dead end. In the south, on the Gaza border, Israel hasn’t managed to achieve a stable calm and provide the western Negev residents with a sense of security in almost four months—in fact, since March 30, the day the protests by the border fence began. In the north, Israel is unable to stop Iranian military entrenchment in Syria, just slow it down.

The Iranians and their proxies—despite the blows they suffer several times a week—continue their efforts to turn Syria into an active separate front against Israel, from which precise surface-to-surface and surface-to-sea missiles will be launched and where anti-aircraft systems will be stationed.

All of these will reduce the IAF’s freedom of operations and make it difficult for Israel to deal with the thousands of missiles and rockets Hezbollah has accumulated in Lebanon, and that the Iranians are progressively accumulating in Syria. The intense diplomatic dialogue Israel is having with the Russians, and the “kinetic dialogue” (the exchange of fire) with the Syrian army, only make up a partial solution and do not prevent spillover fire.

The Syrian Sukhoi jet that was shot down this week by the Air Force deters the regime of Syrian President Bashar Assad, but not the Iranians. The events that followed over the next 24 hours—the shooting of rockets from Syria that landed in the Kinneret and the Palestinian sniper fire that wounded a Givati officer on the Gaza border—do a good job of demonstrating the severity of the problem, which can be defined by one word: Chaos. Things have gotten out of hand.

Those who shot and hit the IDF officer on the Gaza border were likely members of what the army refers to as an “errant” Palestinian group. Normally this means extremist Jihadist-Salafist organizations trying to undermine Hamas’s rule in the strip. But this time there’s reason to believe that much like last Friday—when Staff Sgt. Aviv Levi was shot to death—this was a member of an extremist faction within Hamas’s military wing, who made a law unto themselves. 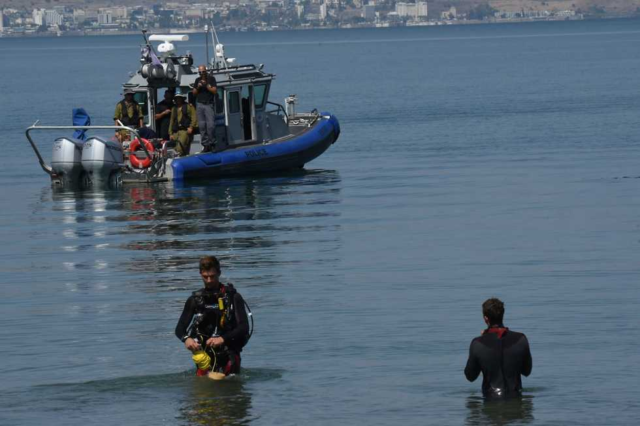 What’s interesting is that both the errant Salafists and the extremists from within Hamas’s ranks are trying, using the attacks on the border, to drag the IDF into another large-scale round of fighting inside the Gaza Strip. The errants hope this would bring the end of Hamas, while the Hamas extremists believe that if the IDF enters the strip, they would be able to cause great losses to Israel and kidnap soldiers to free prisoners.

That must have been the goal of the attack, which started with children being sent to protest by the border fence. When an IDF force showed up, out in the open and exposed, to disperse them, the sniper, who was ready nearby, opened fire at the troops. The IDF will have to reexamine its methods of operation on the border fence, and ensure its soldiers carry out their missions from behind cover.

But this won’t solve the problem. There’s no calm in the south because Hamas is not interested in calm until it achieves its goals without having to make any significant concessions. Hamas wants money from the Palestinian Authority, electricity and water from Israel, and an open Rafah crossing from Egypt. These are part of the demands it is making.

Israel is willing to provide Hamas with humanitarian aid on the condition it stops the arson terrorism, and even rehabilitate the strip if it returns the bodies of the MIA soldiers from Operation Protective Edge and the two Israeli civilians it is holding. But Hamas is unwilling, which is why it allows the errant factions to operate on a low scale, while at the same time leading incendiary kite and balloon squads. In this way, it maintains the tensions along the border as well as Israel, Egypt and the UN’s need to meet its demands.

The Middle East’s game of pool

The economic carrot and military stick system Israel is using on Hamas recently has gone bankrupt, as the residents of the western Negev can attest while Code Red rocket alert sirens send them running to shelters almost every other night. The IDF’s retaliatory strikes, even though they very much hurt Hamas, not only don’t cause the terror group to stop the incendiary balloons harassment, but they also don’t cause Hamas to stop the rockets and gunfire—whether it’s done directly by the Gaza rulers or by the errant factions.

Stopping the flow of trucks through the Kerem Shalom crossing is as useful as putting a milk bucket under a bull; and the Egyptians can’t influence Hamas either, let alone stop it. The Egyptian and UN envoy Mladenov’s efforts to achieve calm fail again and again. It’s time we realize we can’t expect them to restore the quiet. Every time the IDF delivers a blow to Hamas’s military infrastructure, the Hamasniks rush to the head of Egyptian intelligence and to Mladenov, who restrain Israel for them. The opposite effect: the mediators are unable to bring an end to the Gazans’ hostile attacks, they can only restrain the Israeli response just as it begins to hurt Hamas and harm it. How convenient this arrangement is to an organization that is trying to keep the flames low to achieve its political and economic goals. 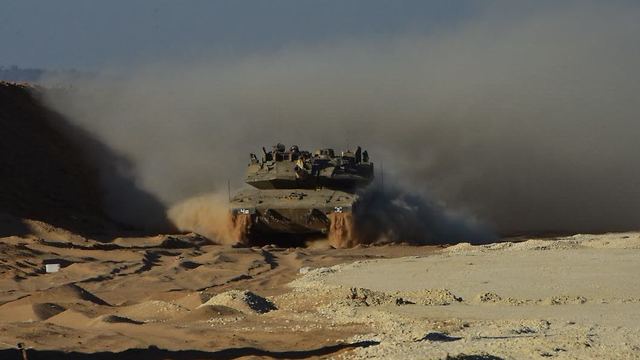 This trick works not only in the south, but in the north as well. The Khalid ibn al-Walid Army—which belongs to ISIS and controls the enclave where the borders of Jordan, Syria and Israel meet—is currently under a massive attack by the Assad army and the Shiite militias fighting alongside it. The Syrian ISIS realizes it is about to lose its stronghold to the regime army, just as it did in Daraa and Quneitra, and so it took a measure this week that we know from the Gazan scene—it launched grad rockets at the Kinneret, so Israel would respond by shooting at the regime army, which is attacking ISIS. The Syrian ISIS men on the triple-border area hoped the Israeli response to the rockets they fired as a provocation would stop Assad’s men. A perfect imitation of what the errant groups in Gaza are trying to do. But unlike what’s happening in Gaza, there are quite a few ISIS targets on the IAF and Artillery Corps’ lists; which is why Israeli aircraft attacked the mobile BM21 launcher that fired the grad rockets at Israel.

Just like in a game a pool—I hit the Israeli ball so it in turn hits the Syrian regime’s ball, which is about to hit me.

If it hadn’t been for the operations that do take place, the situation in the north could’ve been much worse. The IDF manages to disrupt and slow down the Iranian entrenchment, and the violations of sovereignty are limited and do not include terror attacks on the border. Israel is also successful in making the Russians interested in having a dialogue with us.

And yet, all of this is part of a chaotic reality, which contains a lot of details, but the bottom line is all that matters: the IDF and the Israeli government are no longer successful in creating effective deterrence—not in the north and not in the south. The deterrence may not be completely gone, but it has been seriously eroded, in a way that puts the State of Israel in a hopeless situation, with a continuous threat to its sovereignty along its borders, to the safety of its residents who live in these border areas, and to its daily routine.

So what can be done in such a situation? In the south, the dilemma is much more difficult and complex. The IDF can do more than what it has already done by continuing to destroy Hamas’s infrastructure and even by hitting its leaders (assassination), but such moves will almost necessarily lead to a long military operations inside the Gaza Strip. At the end of such an operation, we will be facing dilemmas just as complex: bring down the Hamas regime and stay in the strip until a different regime comes in its stead, or pull out of the strip after destroying most of Hamas’s military capabilities and returning more or less to the situation we were in before the operation began. Neither option assures long-term quiet for the residents of south Israel. 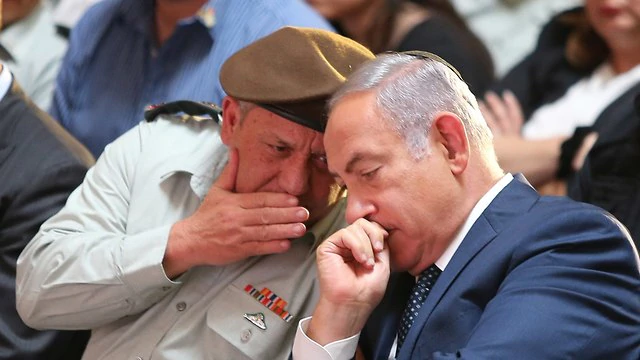 On the other side is a civilian-economic arrangement that would calm the situation in the strip and Hamas. But those proposing such large-scale economic rehabilitation plans still can’t demonstrate just how these plans will be carried out in practice.

A combined solution is required—both military and civilian—in conjunction with Arab Gulf nations, which will allow the rehabilitation of the strip in cooperation with Hamas or—if a decision is made for Israel to go into the strip—without Hamas.

In the north, the dilemma is much simpler. Unlike the Egyptians, who have proven to be unable to influence Hamas and restrain it, the Russians in Syria can actually deliver the goods. They haven’t done it yet because they still need the Iranians to fight the last stronghold of the rebels in the Idlib Governorate in northern Syria. If and when Assad completes his takeover of Idlib, the time will come when the Russians could put into action the “big political agreement” they’re planning in Syria, as part of which the foreign forces will have to leave.

Right now, there is no use in removing the Iranians to within 100 or even 200 kilometers from Israel. In the age of missiles, rockets and cyber attacks, several hundred kilometers are meaningless. By being in our area, it’s as if the Iranians are right on our border. That is why Israel needs to continue acting militarily and make it clear to the Russians that there will be no agreement—and they won’t be able to reap the benefits of their interference in Syria—until the Iranians and their proxies leave Syria completely.

At the moment it appears the Israeli government and the IDF are at a loss in light of the serious erosion of the deterrence and of the ability to maintain security along the borders in the north and south. The immediate action needed right now to significantly reinforce the active anti-aircraft and anti-missile defense array—including the acquisition of thousands of interceptors and dozens of launchers, and of course fortifying structures all across the country. Such steps, in and of themselves, could immediately boost the deterrence.

In this article:Prime Minister Netanyahu, Finance